We conducted this review of Grindr to see if it lives up to its hype. Can Grindr really hook us up when we’re looking for the “right now”? Here is our in-depth Grindr review. 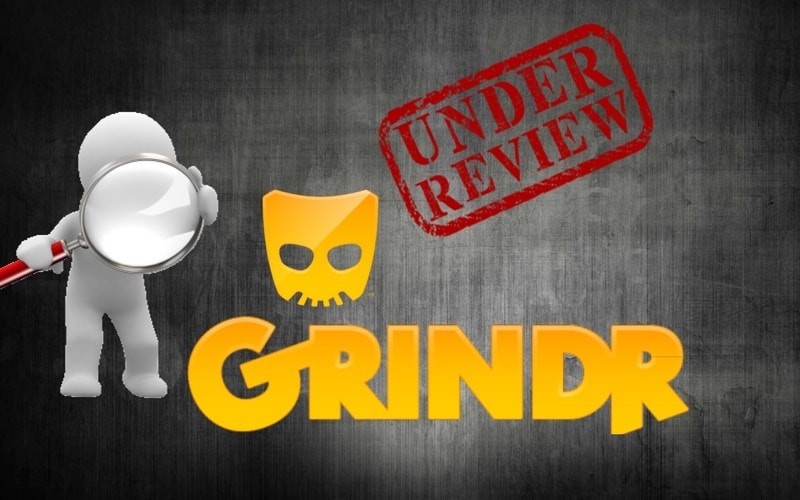 As with all apps that facilitate casual encounters, Grindr has received its share of critics. When you look at it for its functionality and effectiveness, however, it is easy to see why it is so popular. It delivers on what it promises — finding others who are seeking the same thing as you are and that are nearby. It is as simple as that, and Grindr does a good job at it.

We would rate Grindr as ABOVE AVERAGE

— Pros and Cons of Grindr—

Grindr was first released in 2009 and since then has quickly become one of the most popular dating apps for the gay community. Referring to it as a dating app may be a bit of a misnomer. The way that Grindr functions, it would be best to describe it as a hookup app. While most in the gay community have heard of Grindr, not all have tried it.

— Difference Between a Dating App and a Hookup App? —

In case there is some confusion, we should first clarify the difference between a dating and a hookup app. This will be beneficial in gauging the way that we review the app. You must look at it as a hookup app in order to evaluate and judge it fairly. If you’re looking for an app that caters to serious relationships, Grindr is not the way to go.

Dating apps tend to focus on finding matches for potential long-term relationships, while hookup apps are focused almost entirely on “something for right now.” Grindr takes this latter approach to the max — they even have a category in their “looking for” section called “right now.” Everything about it is designed to speed up a hookup. This is also why Grindr exists only as an app for iPhone and Android devices. There is no accessibility to Grindr via a desktop web browser because Grindr prioritizes the geographic location of its users in suggesting matches. They want you to know who the closest hookup possibility is at any given point and at any given time.

Of all the hookup apps and sites that are out there, Grindr has by far the simplest and fastest registration process. The only information that is required besides your birth date — which is used for age verification purposes — is your email, choice of username and password. In our case, when we registered to conduct this evaluation we did not have to verify the email that we provided to Grindr. The majority of other dating and hookup sites do require new users to click on a verification link sent to their email, After reviewing the terms and conditions of the app, it appears that our case was not a glitch, Grindr simply does not use verification emails.

When you register there is additional (non-mandatory) information that you may choose to provide. This includes your specific sexual interests and associating yourself with one of the twelve “Grindr Tribes”. These are categories used by Grindr to identify users by certain physical traits that they have in common. The “tribes” are: Bears, Twinks, Otters, Clean Cut, Jocks, Geeks, Rugged, Daddy, Poz, Leather, Trans, and Discreet.

Grindr was the first major dating or socializing app that capitalized on a smartphone’s precise ability to establish the geographic location of its user. This has permitted Grindr to focus heavily on the geo-targeting aspect of its service. When you engage the app, you are greeted by a very simple interface that lists the profile pictures of those individuals that could be a potential match for you based on your search criteria. These potential matches are presented in a grid format — up to 100 at a time — with those nearest to your immediate location appearing at the top. The default search area covers a 5-mile radius from your location.

For security reasons, the app does not reveal your exact location to other users until you have decided that the time is right to do so. Essentially, this would happen when the both of you have taken the decision to hook up.

During our Grindr review, we found the interface for navigating through these potential matches to be intuitive and highly responsive — even on older and slower smartphones.

— What About Fake Profiles on Grindr? —

A lot of the information that circulates about Grindr makes mention of the presence of fake profiles. During our Grindr review, we did encounter what we suspected to be fake profiles — however, in no way did they sour the user experience. The fact that Grindr relies so heavily on the aforementioned geo-targeting feature results in the majority of fake profiles to sink to the bottom of the potential match grid. Users can also use the blocking feature to block any profile they don’t want to see, including fake profiles. So, yes, there are fake profiles, but their presence is so subdued that you will rarely be bothered by them.

When a profile on the potential match grid grabs your eye, you can send a message to that user. If he is online, you can use the chat feature to talk it up.

Grindr is a free app that can be downloaded from the iTunes App Store or Google Play. Registration and usage of the app are also free. All features are open to all users. Grindr does use display advertising as the main form of monetizing its service. The ads, however, are not intrusive and do not affect the user experience. It should be mentioned that occasionally pop-up ads are also served to the users. These, unfortunately, can be more bothersome compared to the normal display ads.

There is a premium version of Grindr called Grindr Xtra. This premium version is free of all ads, increases the number of profiles in the potential match grid to 300, allows you an unlimited number of blocks, and offers you an “online-only view.” The latter is quite useful in filtering your potential matches. When it is activated, it will only show you the profiles of those that are currently online. This saves you time in swiping through profiles that are not online and increases your chances for finding a hookup right there and then.

One month of Grindr Xtra costs $11.99, three months costs $23.99, six months $39.99 and one year $59.99. In our opinion, we found the free version of Grindr as wholly adequate, but we can appreciate how some Grindr power users would find the added features offered by Xtra to be useful.