Are you a bear? Are you into bears? If you have tried gay dating apps where “bears” are only given their own category and do not represent the majority of the members on the app, then chances are that your experience was less than spectacular.

If you have been looking for a gay dating app that is focused primarily on the bear community, Growlr might be the answer.

Around since 2014, Growlr uses the slogan, “more bears in more places.” It markets itself as an app that has over 10 million registered users worldwide. On the surface, Growlr seems like it has a lot of potential.

The question is, does it really? After all, it could be all hype and no bite. We conducted a full review of Growlr in order to provide an accurate image of the user experience that it provides. Before you join Growlr give our review a read. It should provide you with what you need to know in order to form your own opinion. 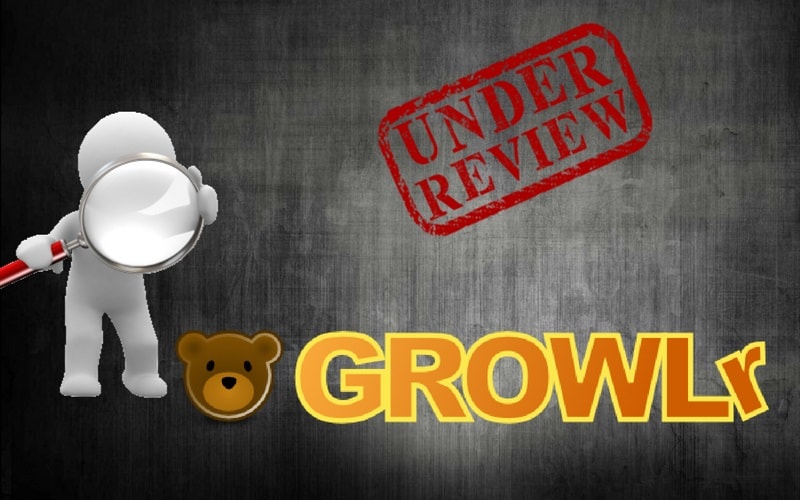 What we found to be Growlr's strongest point is its sincere and true dedication to the bear community.

Overall, we would rate Growlr as VERY GOOD. 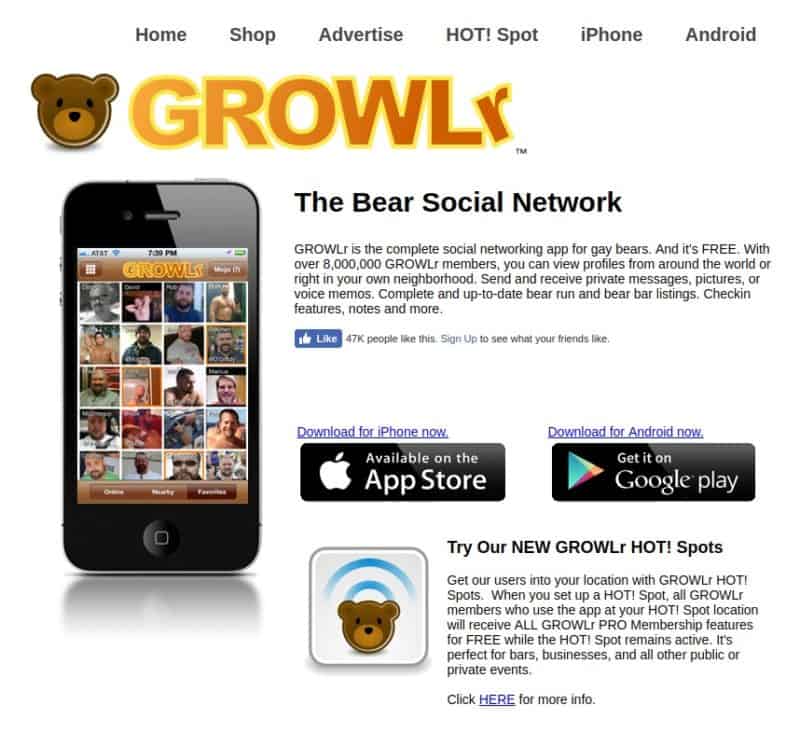 Growlr is available solely as a mobile app. There is no desktop version. It can be found on the iOS app store and Google Play. It can be downloaded for free and installation is straightforward. The user interface is designed to be intuitive and navigation on the app is simple. There is literally no learning curve involved.

After you download the Growlr app to your smartphone you must register for an account in order to access the platform. This process takes less than two minutes to complete. You have to submit your name, a valid email address, and your choice of password to access your new account. You can also add information that will appear on your profile page. This step, however, can be skipped and done at a later time.

Once you have entered your personal information you will be required to upload one image of yourself that will serve as your primary profile picture. In addition to this primary profile picture, you can also add five additional images. You can choose to have those secondary images locked which means that other members will not be able to view them unless you unlock them.

We found the registration and profile building process on Growlr to be extremely simple — perhaps a little bit too simple. The fact that very little personal information is required and that there is minimal verification of this information makes it ripe for abuse by those who wish to create fake profiles.

During four days of testing, our testers estimated that as many as one in five profiles on the app fell under the category of fake or inactive. Even so, the remaining 80 percent of the profiles on Growlr belonged to members who were engaging and who seemed to be in line with the app’s purpose and community feel.

The search function on Growlr allows you to search for bears based on members who are “online” at a specific moment in Time, those who are “nearby,” and those who you have “favorited” in the past.

When you search for those who are “online” you will be shown suggested matches who are online at the moment or who have been so within the last 24 hours. The “nearby” search option will list both online and offline members who are within a predetermined distance of your immediate location. You can also adjust the “nearby” search function to display suggested bear matches in another area of the world. This can come in handy if you are planning a trip in the not-too-distant future and wish to start meeting people and setting up potential hookups.

Growlr has a “check-in” feature which allows users to view a list of bear-friendly venues that are nearby. These primarily consist of gay bars and clubs.

Another Growlr feature is called “meets.” This allows you to view a consolidated list of meeting requests that you have received from other Growlr members as well as the requests that you have sent out. Our testers found it to be a good idea to manually check the “meet” section frequently as it is relatively easy to miss out on a notification when somebody of interest sends you a meet request or someone responds to you

Growlr also has a very useful “notes” feature. It allows you a space to save notes on the app. It can come in very handy when you are actively searching for a partner and wish to remember a comment or idea for later.

In order to communicate with other members on Growlr you have to use the app’s chat module. 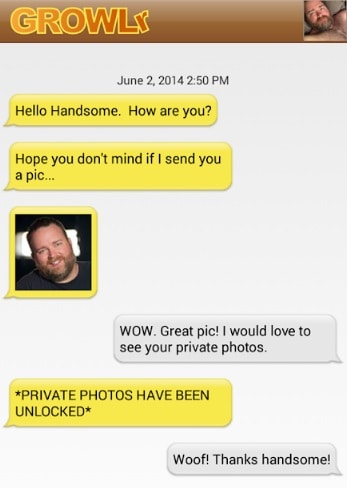 It is text-based and allows for members to upload file images.

Growlr is free to download, install, and use. Its basic set of features is available to free members including its communication module. The app is monetized with display ads.

Users can upgrade to a Growlr Pro account and have those display ads removed. Upgrading your account also gives your profile preferential positioning and increases the reach it has to other members.

From our perspective, the free version of Growlr is robust. Unlike other dating apps which offer extremely limited features in their free versions, you can easily get by and have a rich user experience with Growlr’s free version. An upgrade to the pro version would be in order if you plan on becoming a power user of the app.