LargeFriends.com is an online dating site dedicated to helping big beautiful women, big handsome men, and their admirers find each other.

We recently field-tested LargeFriends and conducted this review. 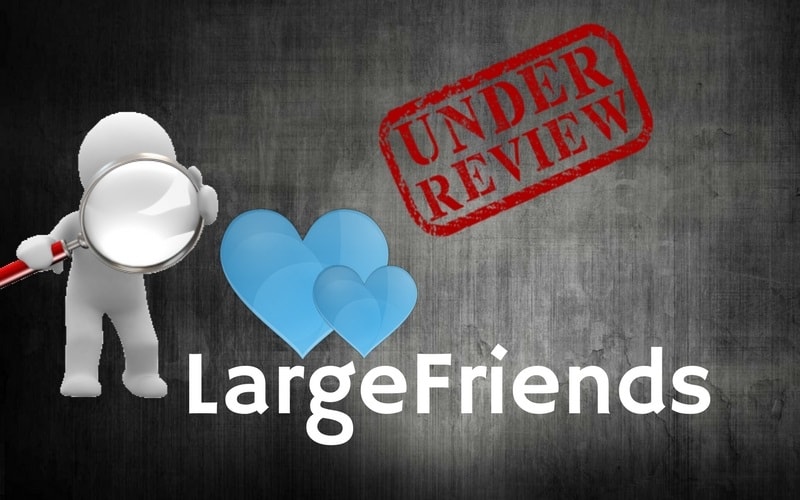 Overall, we would rate LargeFriends as GOOD. 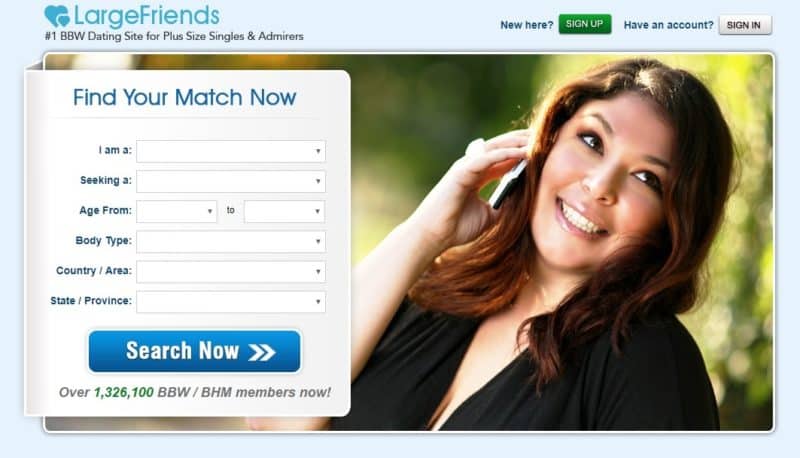 In operation since 2001, LargeFriends has helped tens of thousands to come together for a wide variety of relationships. The site is so proud of its matchmaking ability that it has a section called “success stories” in which couples who met on the site tell their story. It is estimated that there are over 131 million Americans that are overweight. This makes them a significant demographic, including when it comes to the world of online dating. There are many men and women, be they overweight themselves or not, who actively seek the company of a large partner. There are several online dating sites dedicated to big beautiful women (BBWs). Of these sites, LargeFriends.com has been one of the longest in continuous operation. First launched in 2001, the site takes a very inclusive approach. Not only does it help you find BBWs, but it also helps you find big handsome men (BHMs).

Starting in 2015, LargeFriends began a slow process of modernizing itself. Currently, LargeFriends now boasts native mobile apps for both iPhone and Android devices as well as a revamped desktop interface. While in the not too distant past the site was frequently criticized for being antiquated, it has since taken a place at the table of modern dating sites.

LargeFriends uses a traditional operating model for bringing people together. That means that you must register on the site, build your personal profile, and then actively search the site’s database for compatible partners. LargeFriends also offers a discovery feature which they call “let’s meet.”

If you have used desktop based dating sites in the past, the LargeFriends platform will be very familiar to you. If you are new to online dating, the platform has a very easy learning curve and should be intuitive for the majority of users.

The desktop version of LargeFriends can be accessed from any web browser. It no longer requires Flash to be activated — it now utilizes an infrastructure built on HTML5.

The iPhone and Android apps for LargeFriends are available from the iTunes app store and Google Play, respectively. On iTunes, the app has received a two-star rating based on 327 reviews. On Google Play, the app has received an average three-star rating based on only 24 reviews. One reason why there are so few reviews for the mobile app version is likely due to the fact that even though the site has been around for almost two decades, its mobile presence is barely two years old. Also, as with many dating sites that are focused more on long-term relationships, they’re mobile versions tend to receive less attention than the desktop version. In the case of LargeFriends, even though the site has close to 1.4 million members, less than 20,000 actively use one of the mobile apps.

During our testing, we found both versions of the mobile app to be fluid and functional. In terms of access to features, both the desktop and mobile versions had equal functionality.

LargeFriends utilizes an abbreviated front-end registration process. That means that from the site’s welcome page the amount of information required to set up an account is minimal. This includes your first name, desired password, age, and gender. Additionally, you must also enter the gender, age range, and body type of the match that you are seeking. The entire initial registration process takes less than two minutes. It is important to note that you will be sent a verification email which includes a validation link that you must click on.

LargeFriends relies heavily on its members’ profiles in order to generate suggested matches. This means that the more detailed your profile, the better your chances of success. Your profile consists primarily of a profile image. You can also upload videos. You can also provide details regarding your physical attributes. This is done by responding to a series of drop-down menus related to your height, weight, eye and hair color, and overall body shape. Additional input may be provided regarding ethnicity, and personal details, such as whether or not you have children or if you intend to do so. There is also a section in which you can write a description of yourself in your own words.

Of the site’s 1.4 million members, it is estimated that 300,000 are active on a monthly basis. The male to female ratio is roughly at three to one. For a dating site targeting a specific niche, this is an acceptable ratio. Roughly 45 percent of the user base is between the ages of 30 to 45.

The LargeFriends search engine offers basic as well as advanced search features. The basic search is limited to age range, gender, and location. The advanced search can be amplified to include any of the physical attributes from the member profiles. Searches can also be filtered by members who are currently online or those who have joined the site within the last 30 days.

The discovery feature is known as “let’s meet.” It delivers a set of profiles that the site’s algorithm has determined to be compatible with your own. This list can be accessed by clicking on the “let’s meet” button in the site’s navigation bar. It is also sent by default to your email address.

The communication features of LargeFriends are in line with what is considered standard for this type of site. Members can communicate via internal email or online chat. Users can also send each other “winks” when a more passive form of communication is called for.

With a free account, you can conduct basic searches and respond to email messages from paid members. All of the remaining functionality requires a paid membership. That means that if you want to initiate a conversation, conduct advanced searches or obtain preferential placement for your profile in the search results, you will have to pay.

The price may be viewed as steep by some, but if it is any consolation, LargeFriends offers 24/7 customer support via phone, live chat, and email to all of its paid members.