When an online hookup site proclaims itself as being 100 percent free and at the same time being 100 percent the best in the industry, it is going to pique your interest. It sure as hell did ours. That is why when we came across such claims from a site called xSocial.com, we pounced on the opportunity to test it and review how it works. Is it really the best? Is it really free? Those are probably the two most important questions that you have on your mind right now about xSocial. Read our review and find out where xSocial really stands. 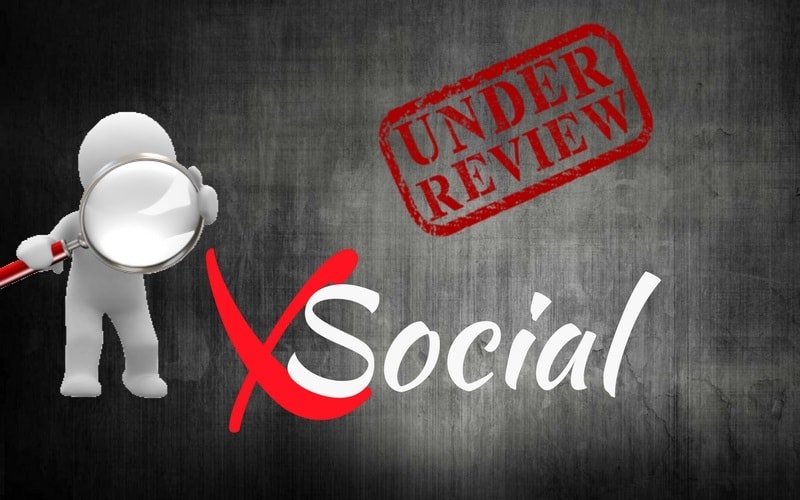 xSocial is one of those online hookup sites that offers absolutely nothing of substance to its users. We dare say, you should avoid xSocial at all costs.

We would rate the site as 100 percent AWFUL. 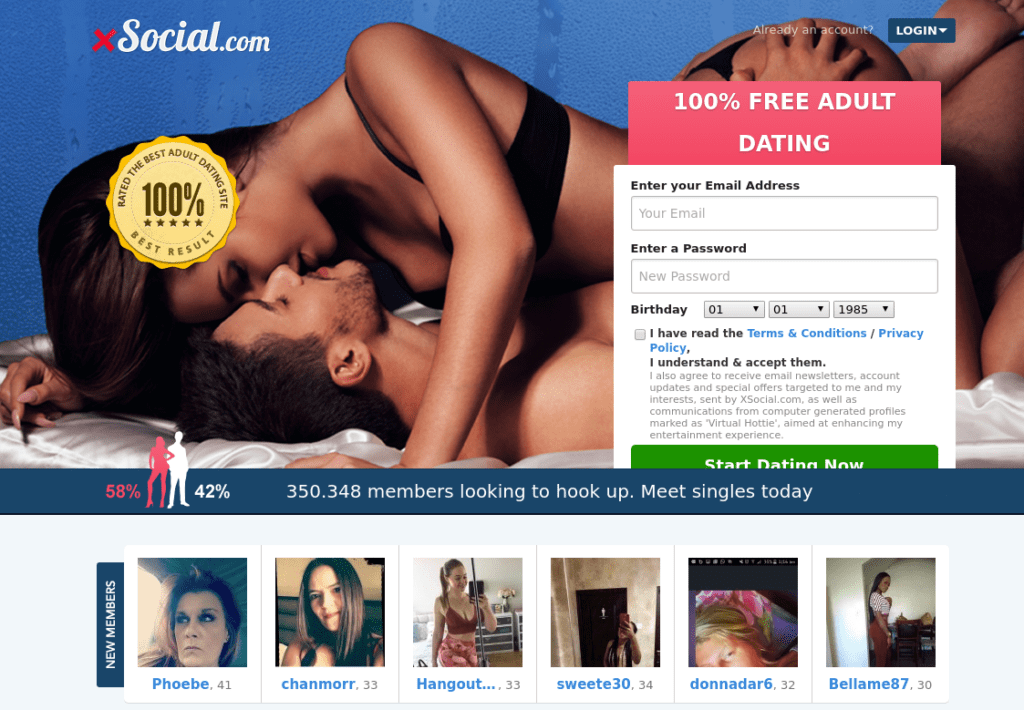 When we first visited xSocial.com, the welcome page seemed interesting enough. The primary background image consists of a very attractive couple engaged in what is obviously going to be some very “xSocial” activity. In the foreground, there is the ever-present quick registration box and a badge claiming it is “rated the best adult dating site.” Immediately below that, there is a banner that proclaims that the gender ratio on the site is made up of 58 percent females to 42 percent males. Further below, there is a carousel of profile images of women who are supposedly the newest to sign up on the site.

To the unseasoned eye, it might seem like xSocial has plenty of potential. Unfortunately, even before we registered, a lot of red flags came up. First, the claim that it is rated as the best adult dating site does not include the organization that extended that attribute. From what we could gather, xSocial proclaimed itself to be the best. Hell, by those standards a 58-year-old 275-lb man can proclaim himself to be the best gymnast in the world — or a 92-year-old could claim to be the fastest man alive.

As we probed further, we discovered that the gender ratio claimed by the site was entirely inaccurate. After we registered, we were able to get a full of view of the xSocial user base. When we analyzed its composition we discovered that the 58-42 gender ratio only holds true when you take into account the computer-generated profiles created by xSocial itself. Removing those, the gender ratio of genuine members on the site becomes overwhelmingly male. It is not an exaggeration to state that it is likely that over 99 percent of genuine members are male.

Hmmm, even before we got started we already had a bad taste in our mouths. Would things get better or would they get worse?

Unfortunately for xSocial, with each step that we took things got worse. Take, for example, what is commonly the first step that anyone takes on a new hookup site — the registration process. Yes, it is fast and easy — when it works. In our case, three of our four testers encountered difficulties when entering their basic information. The site would repeatedly return an error message indicating that there was a problem with the data that was entered. It turned out that those error messages were a false positive. When our testers persisted three to four times, they were able to be successful with the registration.

When we think about it, however, perhaps not being able to register on xSocial is not necessarily a bad thing. “Why would you say this?” you might ask. Well, just by looking at the small print immediately below the box you must check to agree to the terms of service of the site, you will find what we commonly refer to as the “dreaded fake profile warning.” It states, “I also agree to receive… communications from computer-generated profiles… aimed at enhancing my entertainment experience.” Such a disclaimer is ALWAYS a bad sign.

Okay, brace yourselves. Once we registered on the site and entered the user platform one thing became painfully obvious — xSocial is not in fact 100 percent free. Yes, just like a child learning that Santa Claus is not real, this fact slammed us in the gut like a battering ram —or a drunken reindeer galloping at 100 MPH.

The only thing that we could do as free users on xSocial was conduct searches and engage the “play” feature. 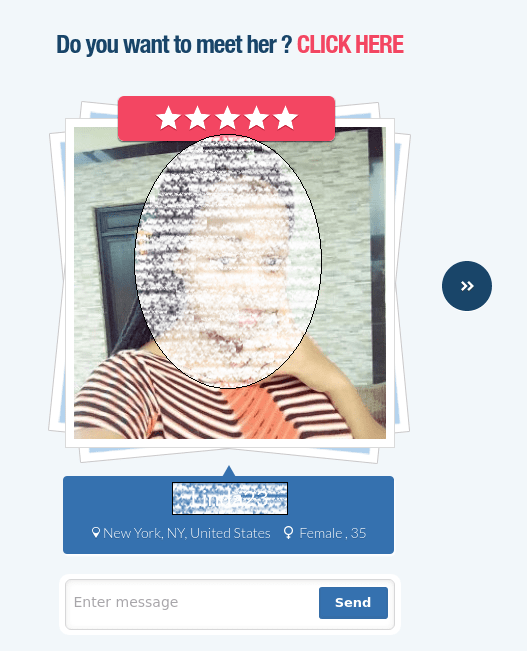 Anything involving the sending of messages automatically redirected us to the upgrade page.

The search feature was woefully inadequate. It offered absolutely none of the advanced features that most people would be accustomed to from other dating sites. Its only search metrics are the age, gender, and location of the other members.

The so-called “play” feature appears to be a half-baked match discovery aid. When you activate it, you’re shown a sequence of other member’s profile pictures. Your only options are to click on the arrow button to move on to the next profile or to like them by sending them a message. However, in order to send a message, as we stated above, you must have a paid membership.

As if all of this wasn’t bad enough, free users will receive numerous messages from supposedly female members of the site. Most of the messages will be short and flirtatious. These, however, all come from the computer-generated profiles that we mentioned before. Their sole purpose is to get you to respond, knowing that in order to do so you must upgrade to a paid membership.

Also, there is a feature called “cams” on the site. This redirects you to third-party vendors dedicated to sex webcams. Those services are independent of xSocial and require additional payment.

If you ever ask yourself, “how can I most effectively flush money down the toilet?” registering on xSocial would be a good answer.

Oh, yes, before we forget. If you decide to flush money down the toilet with this site you also receive what they call “VIP support” and access to free X-rated movies.

The VIP support basically means that when you send an email to complain about the fake profiles, somebody will be kind enough to reply to you several days later stating that you should have read the terms of service. As far as the free X-rated movies are concerned, you can find far greater variety for free anywhere on the internet.