The dating site formerly known as AreYouInterested.com (AYI) rebranded itself last year and launched FirstMet. In order to find out how this relaunch has affected the site’s ability to match its members, we joined and conducted this in-depth FirstMet review. 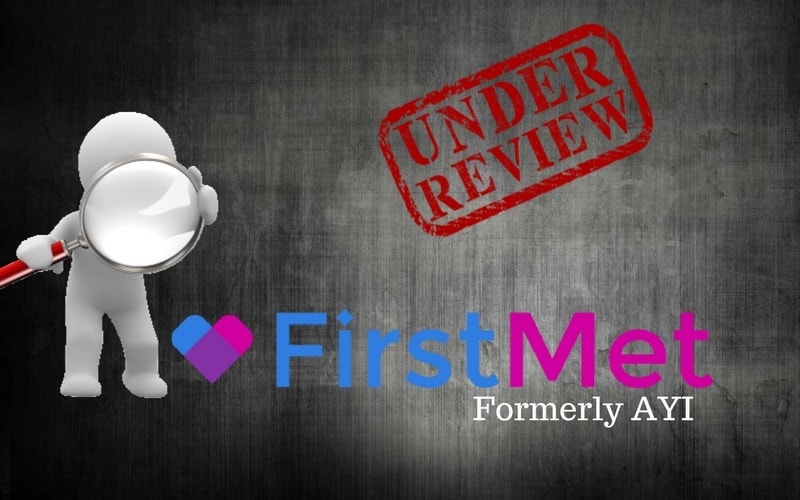 We found FirstMet to be a worthy successor to AYI. At first, we thought that its new focus on the 35+ market would have made it duller and more cautious. Instead, we were pleasantly surprised to have discovered that it made it more easy-going and pleasant. The community of members is friendly, genuine and engaging. The fact that it does not limit itself solely to formal relationships, casual encounters or plutonic relationships, means that you can find a wide assortment of people of all mindsets.

We rate FirstMet on both style and substance as EXCELLENT.

Gather around folks and we will tell you a story about a time long, long ago. It was way back in 2007 — it was a time when SMS messages ruled, the iPhone had barely arrived on the scene, and Facebook had just opened up its platform to third-party app developers. Yes, boys and girls, humanity had barely taken its first steps out of the primordial ooze.

While we are certain that the intro to our little yarn must have you on pins and needles, you are probably asking yourself, “what the hell does this have to do with FirstMet or any other dating site for that matter?”

The answer is simple, 2007 was a synergistic year. Three elements that were needed to make dating apps explode in popularity came together — smartphones, Facebook apps, and a texting-minded audience.

That same year, Snap Interactive launched its online dating site, AreYouInterested.com — known as AYI, for short. It was one of the first dating sites to integrate itself with Facebook. This helped it reach the astonishing figure of over 30 million registered users. However, if you search for AYI today, you will not find it. In 2016 it rebranded itself as FirstMet.com. (… and you thought we were going nowhere with this)

FirstMet kept the popular and useful features that it had honed and polished during its days as AYI, and repackaged them. They made them even more user-friendly, socially interactive and — above all — more attractive to the 35+ crowd.

The target audience for FirstMet are adults aged 35 to 50. They do not impose formal age restrictions, but the majority of its marketing efforts are centered on that demographic. Approximately 85 percent of its active user base falls within that age group.

As far as purpose, FirstMet is a general dating site. It is comfortably laid back in attitude. It welcomes those seeking both long-term and casual relationships. Likewise, when it comes to sexual orientation, it is open to everyone.

Registering on FirstMet is remarkably fast. All that is required is for you to enter your name, date of birth, valid email, gender, and the gender of the people that you would like to be matched with. If you decide to register using your Facebook credentials, the registration process is literally a one-click affair. 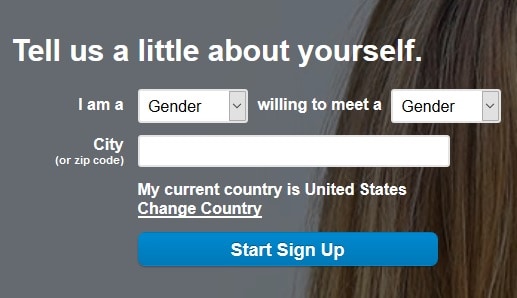 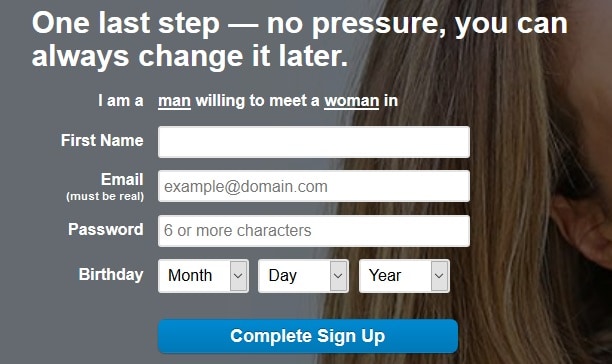 New users are spared the immediate burden of profile building until a time of their choosing. If you registered with your Facebook credentials, FirstMet will even pre-populate some of your basic profile data to save you time. You can leave your profile as sparse or as detailed as you want. You are only required to upload a profile image. It is best, however, to fill in as much of your profile as possible. Don’t worry, FirstMet does not use intrusive questionnaires. It is very straightforward, revolving entirely around your lifestyle —what you enjoy, hobbies, etc. There is no “psychological profiling” of personalities involved like you find on some other dating sites.

FirstMet is accessible via desktop web browsers and mobile apps for iPhone and Android devices. When you log in, the user interface is similar to other swipe-based dating sites. You are presented with the profile picture of a potential match along with a brief rundown of their interests. You can either swipe right to “like” the person or swipe left to pass. What makes FirstMet unique in the dating space is that it does not require mutual “liking” in order to allow members to communicate.

Users can send a message to another user at any time from their profile. There is no “pre-match” prerequisite. FirstMet reportedly uses this as a method to encourage more natural and casual forms of engagement. They feel it removes the pressure of “liking” someone merely in hopes of having an opportunity to talk to them. During our testing, we did find that this made initial contact less stressful. Some of the awkwardness associated with the first contact was reduced. Either that or the members of FirstMet are more laid back than those that we have encountered on other sites.

FirstMet also offers an “Intros” feature. This introduces you to one FirstMet member per day based on the site’s matchmaking algorithm. We found that the more time you spend on FirstMet, the better the accuracy of these suggested matches.

For those users wanting to take a more active role in finding a match, FirstMet also allows you to search for other members at your leisure based on specific criteria. The site also helps those who are socially timid. FirstMet offers a series of “ice breaker” questions that you can send to other members to attempt to get a conversation rolling. No need for sweaty palms deciding what to say — FirstMet does the heavy lifting for you.

FirstMet has both a free and paid version. The free version limits you to ten pictures on your profile and for communication only allows you to send one “ice breaker” question per day. Free members cannot send normal messages.

The paid version gives you unlimited messaging, lifts the ten picture restriction on your profile, and allows you to see a history of who viewed your profile. Unfortunately, there is no video chat feature.