If you’re interested in finding a new dating app that will work for you, no need to go through the drudgery of poking around InMessage on your own. Instead, give our review a read. Heck, give several of our reviews a read. That way you won’t have to take time away from more constructive pursuits, such as keeping up with your favorite reality TV programs, as we filter out the muck so you can have a better chance to… um, find a soulmate. 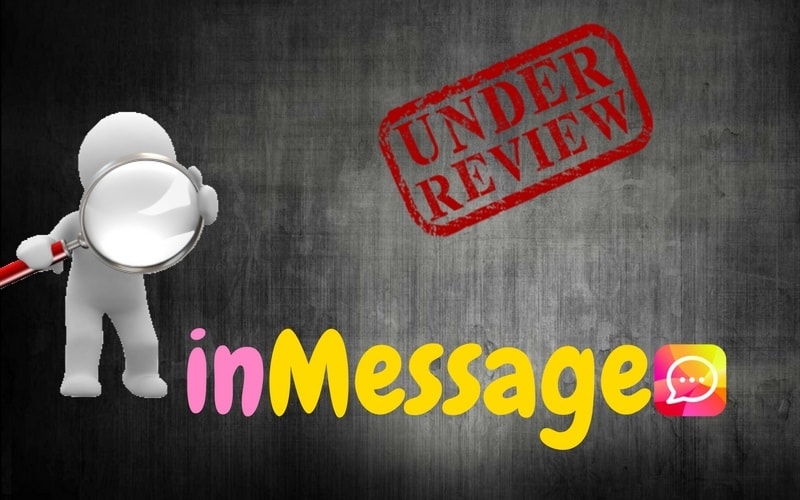 If it were 2008, the features found on InMessage might be seen as impressive and innovative. In 2018, however, they can best be described as plain vanilla, and at worst as deficient.

With plenty of other options to choose from, we would be hard-pressed to recommend InMessage. In our opinion, it is just a watered-down version of other dating apps.

We would rate it as BELOW AVERAGE.

Have you heard about the dating app called InMessage? It claims to have over 30 million members worldwide.

Should that impress you?

Honestly, you should probably never be swayed solely on claims made by dating platforms regarding their membership figures. You should focus more on how effective the platform is. How suitable it is for your lifestyle.

Of course, that requires time and work. Fortunately, we are here for you. Recently we dove into InMessage in order to prepare a review of its performance.

Okay, here it is. If you were looking for an original dating app, something that would wow you with their innovation, something that you could appreciate as moving the online dating industry several steps forward — you are not going to find that with InMessage. We know, we know — that must be a huge letdown.

InMessage can best be summarized as a run-of-the-mill dating app. Now, that fact by itself should not be a reason for everybody reading this right now to lose interest. After all, every now and again even plain vanilla ice cream can be a good thing.

The question is, is InMessage a nice bowl of tasty vanilla ice cream that can be savored by a broad swath of the population? Or is it a melting, drippy, sticky, tasteless mess that will only serve to attract flies and roaches if you leave it on your counter for too long? 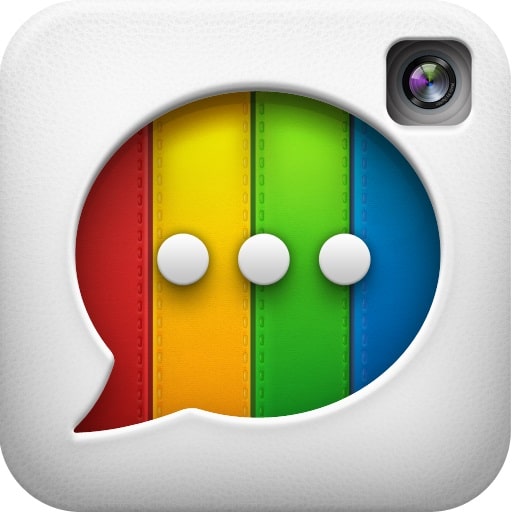 InMessage is available for Android and iOS devices. It lacks a desktop version, but let’s be honest, chances are that you will be doing most of your partner searching from your smartphone anyway. Hey, there’s nothing wrong with searching for a soulmate while riding the subway, pretending to be busy during a meeting, or sitting on the toilet. Are we right, people?

The only slightly annoying aspect of the user interface is the presence of pop-up ads in the free version. We understand that the free version of dating apps need to be monetized. Hey, we’re all capitalists here. However, the fact that the ads open whenever you activate the chat module — it’s unnecessarily distracting. It’s the worst moment to be presented with an ad.

Chances are that if you are into privacy freaks or those who shun social media with a passion, you are not going to find any compatible matches on InMessage. The reason being that in order to register on the platform you have to link to either your Facebook or Instagram account.

From what we could gather during our testing and by researching the comments of actual users of InMessage going back two years, you needn’t worry about your personal information being compromised. InMessage has a sound and reasonable privacy policy and only uses the Facebook/Instagram registration mechanism as a way to validate the authenticity and genuineness of new members.

The features include a discovery function and a chat function — surprise!

Now, to be fair, those two functions form the core of any dating platform. After all, that’s what you want to do — discover new people, talk to them, and hopefully hook up. However, it is appreciated when dating apps provide their users with useful twists on otherwise highly derivative features. InMessage fails to do that.

If anything, InMessage takes the all-important chat feature and instead of improving it, makes it worse. You see, with InMessage, anyone can send a chat request to anyone else. While if you are a male that may sound like a great idea, if you are a female you likely would not be an agreement.

Our female testers found that out almost immediately upon entering the InMessage platform. They would receive constant chat requests. While that could be seen as flattering, in reality, they can become a pesty distraction. This is especially true when the majority of those chat requests consist of, “hey what’s up?” or suggestive, crude, or vulgar requests.

Okay, you might be thinking, “maybe InMessage can redeem itself with its people discovery feature.” Sadly, if you are betting on that it would be like betting on a three-legged horse.

The discovery feature presents suggested matches in a tiled format. It categorizes these suggestions by people who are nearby, those who have been online recently, and those who have been categorized as “hot” by other members. The problem with this is not so much its presentation — after all, there are only so many creative ways that you can present user profiles. The problem lies with the fact that InMessage collects so little information about its members. This makes presenting qualified potential matches difficult if not impossible.

When you register, InMessage only imports your age and gender from your Facebook or Instagram account. This results in the majority of profiles being skeletal. Another contributing factor to this is that you can only filter for age range, gender, login frequency, and location. The entire search and discovery engine of InMessage lacks any depth.

During our testing, this meant that most of the suggested matches that our testers were presented with did not really coincide with the sort of people that they would want to date.

InMessage claims to have over 30 million users worldwide. That might be an accurate number, but from what we were able to deduce, the vast majority of those belong to inactive profiles. By our estimation, less than a fifth of members could be considered active.

Also, even though InMessage requires Facebook or Instagram integration to validate new registrants, there are still plenty of fake profiles on the platform. Their presence is not sanctioned by InMessage, nor are they used to push you with aggressive tactics to purchase upgrades. They seem to come from individual trolls and catfish that don’t have anything better to do with their time or that are seeking some sort of mischief. These fake profiles are easy to spot, but their presence is still bothersome.

The premium version of InMessage removes the pesky pop-up ads. It also allows you to view who has seen your profile. The cost for these privileges is $9.99 per month or $24.99 if you pay for three months in advance.