Always eager to dive into the world of furry action, we had our testers evaluate the site and wrote up a review of FurFling. So, before you dust off that fuzzy tail, before you send your furry suit to the cleaners, check out our review and discover what FurFling really has to offer. 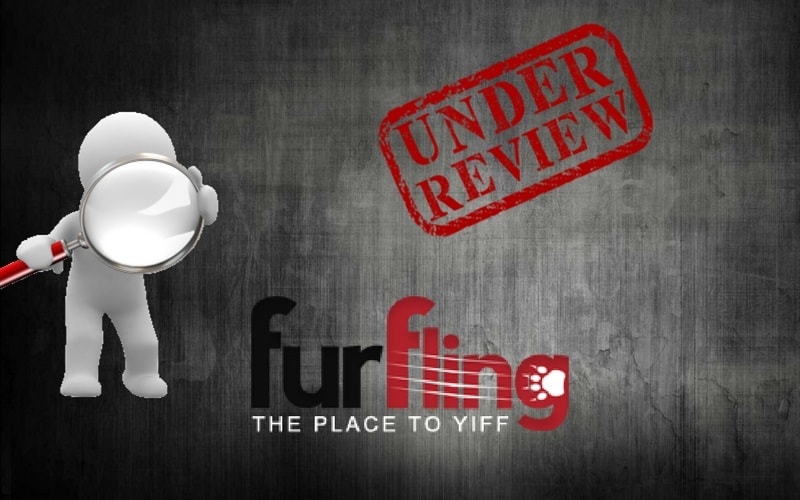 While it is possible to meet like-minded furries on FurFling, it is terribly prone to being a hit or miss affair. To be honest, more people will miss than hit.

We would rate FurFling as BELOW AVERAGE. 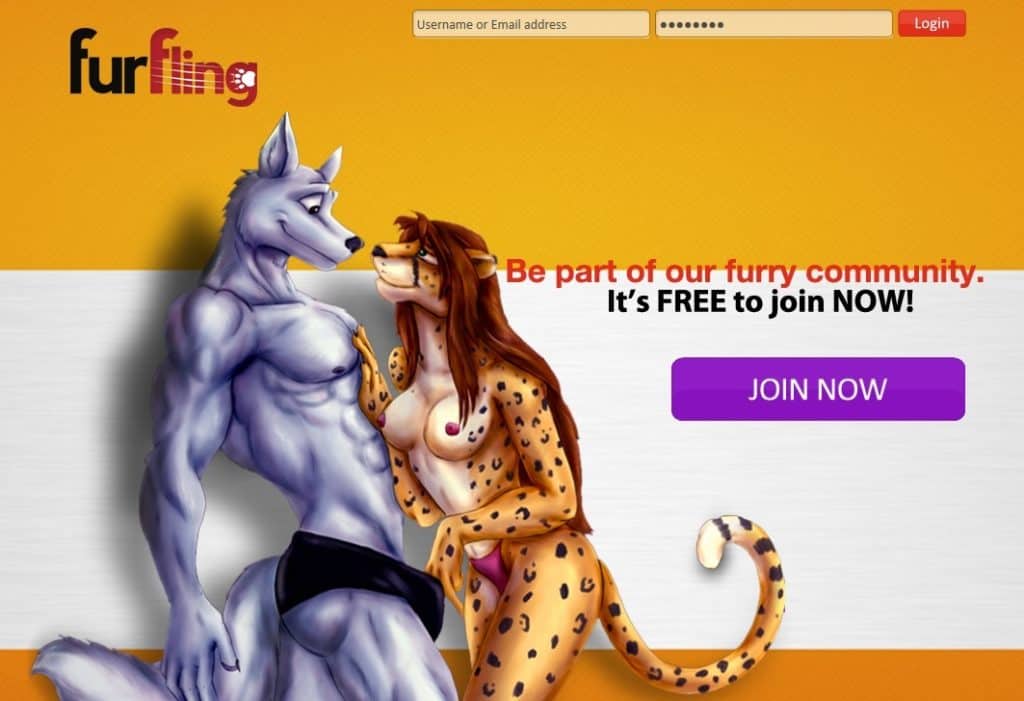 If you are a furry, you are probably also aware of how finding like-minded people is not always an easy task. Yes, there are many furries out there, but it is difficult for them to come together. This is where an online social and dating site, known as FurFling, attempts to step in and make meeting fellow furries much easier.

As with most online dating sites, FurFling makes it seem as if by simply joining the site you’ll be engaging with like-minded furries within a matter of minutes. However, can it really be that easy?

If you have been around the furry community for a while, chances are that you are already familiar with FurFling.com. After all, it first launched in 2012. In terms of look and appearance, it has kept up with the times. Its current look provides a modern and sleek face to the world of furries.

In the past, users of FurFling complained that the membership base was too small. For the first few years of its existence, it never surpassed a membership base larger than 50,000. Currently, as of early 2018, its membership base can still be considered small. It hovers around 125,000 members.

Another area of complaint from users of FurFling in its early years had to do with its use of aggressive tactics to get users to become paid members. For those of you familiar with the murkier side of the online dating world, you know that “aggressive tactics” normally implies the use of fake profiles and automated chatbots.

As our testers evaluated the site, those two key sticking points were well embedded in their minds. Had FurFling improved, remained static, or gotten worse?

The first thing that we noticed about the current incarnation of FurFling was that the design and feel of its current platform are within contemporary standards of normalcy for a dating site. It cannot be considered minimalist, nor can it be considered complex. The best way to describe the design, the navigation, and the user interface is to use the phrase, “functional and plain.”

The features offered by FurFling include a messaging platform, search engine, instant messaging module, and an ancillary set of extras, such as the ability to send winks and a contact organizer.

In our opinion, the feature set offered by FurFling parallel its design. In other words, they are functional but plain.

— What Is Available to Whom? —

One thing that our testers found confusing and irritating about FurFling is the way that it fails to properly explain the differences in their service packages. FurFling has a free membership as well as two tiers of paid memberships. That alone is not a cause for complaint. It is understandable that a dating site needs to monetize. However, when making heads or tails (be they “fuzzy” tails) of what type of membership gives you access to which features, it can lead to moments of frustration.

The significant portion of the confusion comes from the way that FurFling handles the access to their messaging platform. All three membership levels can send a private message. The problem is that the free members are capped in the number of messages that they can send. Unfortunately, FurFling does not inform its users as to how they cap these outgoing messages. We had three testers evaluating this site and each of them was capped at different stages. One tester was able to send out over 50 messages over a three-day period and was never capped. The other two testers were capped at 15 and 30 messages respectively. Is this sort of randomness on purpose? No matter what’s behind it, this lack of consistency is not good.

More confusion is thrown into the mix when free users find themselves at times being able to respond to a message that they received from another member, while at other times they cannot. It takes a while to deduce that free members are not normally allowed to reply to a message. However, if a gold member sends the message, they can reply. Again, this is not complicated, it is just not explained in a timely manner to users. They are left to figure it out for themselves.

As far as what users get from the two paid membership packages, silver and gold memberships are practically identical. 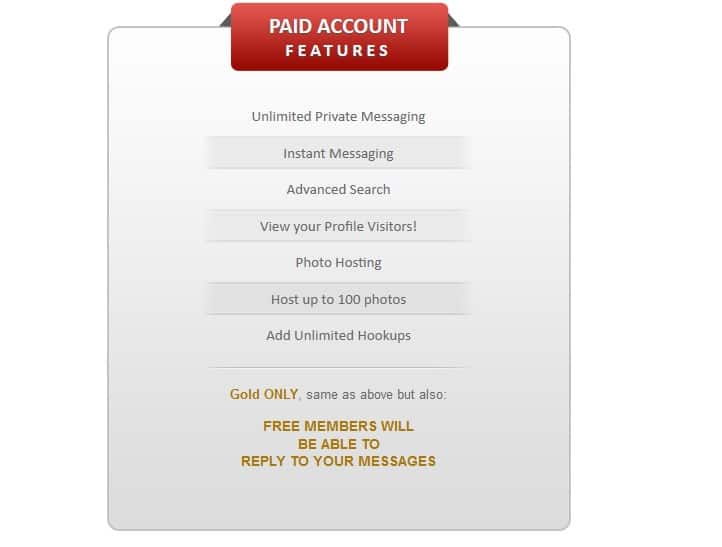 They both allow users to have access to unlimited messaging, the instant messaging module, advanced search filters, the ability to view their profile visitors, and space to host up to 100 photos in their profile page. Gold members get one added feature, the aforementioned ability to allow free members to reply to their messages. 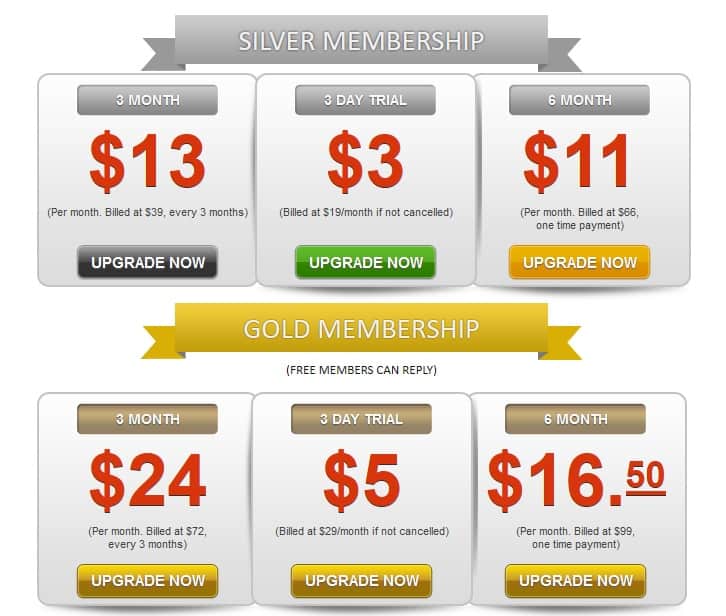 FurFling only offers paid memberships in three and six-month increments. A three-month silver membership costs $39, for gold it is $72. A six-month package costs $66 and $99 respectively for silver and gold. The 3-day trial will cost you $3 for the Silver package and $5 for the Gold package. Failure to cancel in time will result in a $19 or $29 charge monthly for the silver and gold package respectfully.

We found the overall user experience on FurFling to be mediocre at best, disappointing at worst. The problem that they had in their early years — having a small membership base — in our opinion, continues. This drags down the perceived potential that users feel about the site.

Of it’s over 100,000 registered members, very few are active on the site. That means that engaging with other members is not easy. Also, the presence of fake profiles and automated messages continues. While not at a level of saturation or frequency compared to some other dating sites, just the fact that fake profiles and automated messages are present adds to the determent of the quality of the user experience.