Our group of male and female testers joined Gleeden and explored its platform. We’ve written a review that will provide you with the inside scoop on how Gleeden works. So, if you’ve ever been interested in an extramarital affair; if you’ve been tempted by other extramarital hookup sites — make sure to check out our Gleeden review. Who knows, you may decide that this is your doorway to the naughty side. 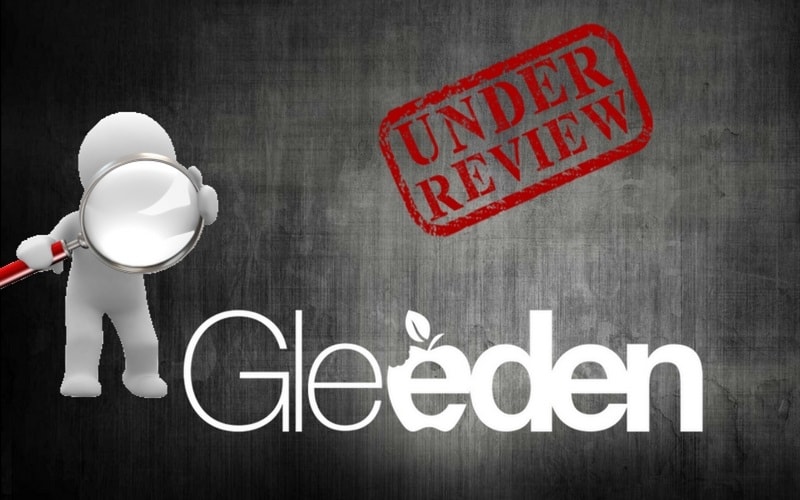 We were sincerely surprised by Gleeden. Having reviewed many extramarital dating sites, we had become accustomed to expect a less than pleasant user experience. Gleeden broke that mold.

The user experience provided by Gleeden is positive. One genuinely feels safe and secure when using their platform. One is also free of harassment coming from trolls and other miscreants that are common on some other extramarital sites. Whether you are a man or a woman, you feel at ease when you are on Gleeden.

For all of these reasons and the results that an engaged audience creates, we rate Gleeden as EXCELLENT.

There are many reasons why people cheat. Volumes could be written about the causes. We, however, are not here to judge. The simple fact is that cheating exists and that online hookup sites dedicated to helping people find extramarital affairs also exist.

Imagine finding an extramarital hookup site that was founded and operated entirely by women. With plenty of examples of extramarital dating sites that provide less-than-stellar results, would a site run by women make it more effective?

Well, such a site does exist. It is called Gleeden.com. Launched originally in France in 2009, it has since grown and expanded to cover the world. With over 4 million members and policies in place to assure a positive user experience, Gleeden — at least on the surface — looks to be like a cheater’s paradise.

Gleeden is a privately held company. As such, much of its business information does not reside in the public domain. Even so, based on the press coverage that it has received from various media organizations, every indication seems to verify the claims that Gleeden is run entirely by women.

Why is this important? For the most part, the fact that Gleeden was conceptualized, founded, and is currently being run by women gives it an air of legitimacy in an online dating niche that is often viewed as misogynistic and insensitive.

In terms of the technical design and the user interface design used by Gleeden, it is pretty much on par with the majority of other successful online dating and hookup platforms. It can be used on desktop browsers as well as Android and iOS devices.

What distinguishes Gleeden from other extramarital dating platforms are the policies and protocols that it has in place. As an example, women can become full members of the site and enjoy all of its features free of charge. Men can equally join the site for free but in order to use any of the features on the platform, they must pay. Gender-based payment schemes are not necessarily new in online dating, however, with Gleeden men are not forced to pay monthly fees.

The payment model on Gleeden revolves around an internal credit system. For each feature that men wish to use, such as sending a message to a woman, they must pay for the privilege with the internal credits. These credits are sold in blocks. More importantly, these credits never expire. That means that men only pay for the services and features that they actually use.

In our opinion, this is an excellent concept. Unlike other sites where you have to pay month-over-month regardless of how active you are on the site, on Gleeden you only pay when you use it.

The other distinctive point about Gleeden is that it is continuously moderated. Unlike other sites that strive to instill a set of standards for user conduct but who fail to enforce it, Gleeden’s team of moderators are on the job 24/7. This allows Gleeden to create an atmosphere of safety and privacy — two characteristics that are essential in order to have a successful extramarital site.

As part of Gleeden’s effort to maintain a code of conduct, there are a few things that it prohibits its members from doing. Nudity cannot be shown in any of the images posted on the site. It also prohibits lewd language — even suggestive language is not permitted.

Again, while such restrictions can be frustrating, we feel that in the case of Gleeden they help to contribute to the most pleasant user experience that we have ever had on a hook-up site dedicated to extramarital affairs.

Gleeden members reside all over the globe. 60 percent of its users reside in Continental Europe. Roughly 35 percent reside in countries where English is considered the primary language.

The gender ratio of Gleeden’s membership is approximately three men for every two women. The bulk of the members are between the ages of 25 and 45. Nearly three-quarters of its membership base has a college degree with close to one-quarter of them having postgraduate studies.

The features on Gleeden consist of a customizable search engine, messaging, and online chat.

When our testers used these seemingly ordinary set of features, they were not expecting stellar results. However, the reality was surprising. Messages sent to women resulted in a 30 percent response rate. That is better than the 8 percent industry average.

Incoming messages from women all belonged to real women. Gleeden is free of fake profiles. Engagement between the community of members is genuine and sincere. They are all like-minded adults seeking discreet extramarital fun. 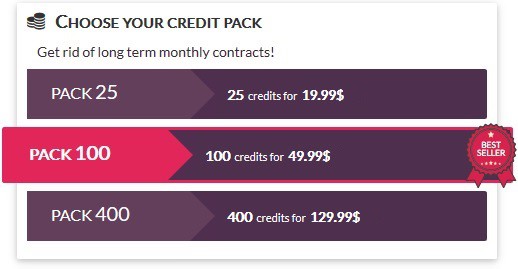 The credits can be used by men in order to send messages to women. They can also be used to send virtual gifts and winks to serve as conversational icebreakers. They never expire.