Luxy is an exclusive dating app for wealthy individuals seeking hookups. More than 40% of the members on Luxy earn more than 1 million dollars a year. The rest average nearly 500k a year. But how effective is it for finding hookups? Here is our Luxy dating app review. 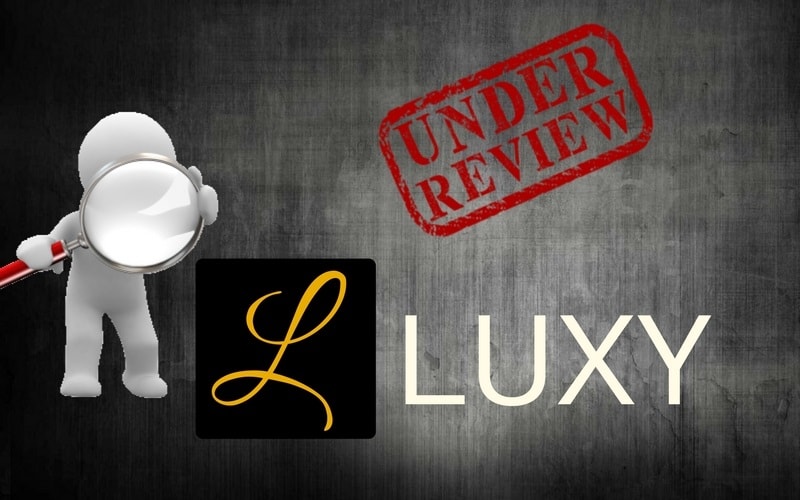 We took a tremendous amount of liberty in goofing on this app as we reviewed it. However, when you look at it in an honest and unbiased fashion, you will realize that it does have its place in the market. It can be a tremendous help in finding a partner from a specific social circle. It can save time — and even money. For those that are allowed entry, Luxy would be very useful. For them, we would rate it as GOOD and EFFECTIVE. For those of you that could not get access — hey, you can't miss what you never had.

— Pros and Cons of Luxy— 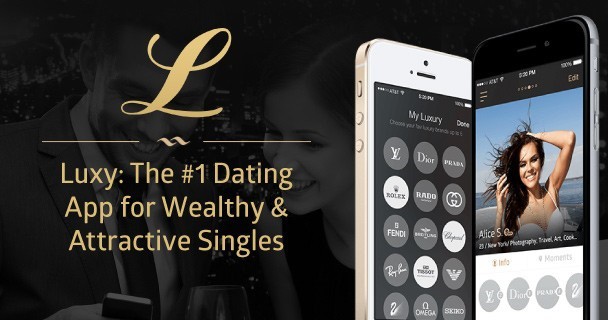 Private golf courses, first-class lounges, VIP areas in night clubs — the world is full of zones of exclusivity. Being exclusive, they remain the realm of the rich, the influential, the powerful — in other words, the worthy. That, at least, is the theory. Now imagine this theory being extrapolated and applied to other areas of our lives. For example, on dating and hookup sites. After all, why not? As a matter of fact, online dating sites seem to be starved for an exclusive VIP experience. Think about how many losers you have come across on apps such as Tinder.

That is the idea behind the hookup app known as Luxy. It goes as far as actually describing itself as “Tinder without the poor people.” Before we continue, yes, this is elitism at its finest. Yes, it disavows the spirit of fraternal equality, blah, blah, blah. What can we say? There are rich people in this world and some of them do not care to mingle with the masses — not even for casual hookups.

Does this mean that the penises and vaginas of the rich are more desirable than those of the common classes? Of course not, but their pocketbooks are. So, if they want to have an app where spoiled rich Ms. Sex Bunny who harbors deeply seeded daddy issues wants to hook up with a fourth-generation legacy admit to Harvard — so be it.

We’ll be honest — none of our humble writers and reviewers who work so diligently to bring you the latest regarding online dating have amassed the fortune necessary to be admitted on Luxy. Hell, the entire writing team was barely able to pool together $12 in loose change to order a pizza for lunch. This means that our normal review process had to be modified. Unable to access the app, we had to rely on what Luxy itself claims about its service, what some of its members are saying on public forums, and on some comments that one of the writers overheard while sitting in a bathroom stall in a night club in Vegas a few months back. If our review is spotty — now you know why.

— The Basics About Luxy —

I suppose the most important question about Luxy is, how do you get in? The answer is that anyone can apply, but less than 30 percent actually get in. The way it works is that after you register on the site — a process similar to other hookup sites, but with added questions about your income — your admission is placed to a vote by the current Luxy membership.

Keep in mind, this is an exclusive set of folks. While some will take your appearance into consideration, most will place a higher value on your income and net worth than anything else.

“Excellent, I will simply lie about my income,” you say. Well, the rich aren’t rich by being stupid. Luxy already thought of that little possibility and came up with an ingenious way to block it. Luxy offers a feature that verifies your income. Yes, you could make up an income or a net worth, but the majority of Luxy members automatically vote down candidates that do not use the income verification service.

— How to Verify Your Income on Luxy— 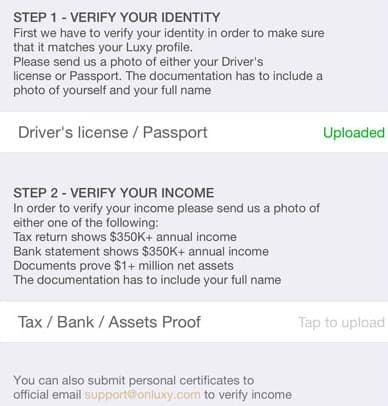 Okay, let’s suppose that you feel in your heart of hearts that you have enough cash to be worthy of consideration by Luxy. Maybe you recently cashed in the Savings Bonds you received for your bar mitzvah, or you finally sold the aluminum cans that you’ve been hoarding in your garage — the income verification process is as follows:

Once you do that, Luxy will validate the authenticity of your documents and if you pass muster, you will be awarded the “income verified” badge. Mind you, that does not mean that you will be automatically accepted. It is only a point in your favor for when the voting begins.

— Who Are Luxy Members —

If you are anything like us, you probably enjoy sneaking into fancy wedding receptions, or driving through exclusive rich neighborhoods until someone calls the cops — all just to see how the other half lives. It would stand to reason that you would be very curious about the type of person that is allowed to join Luxy.

According to the site’s own statistics, half of all active members earn at least $500 thousand dollars per year. 41 percent of all income-verified individuals earn over one million dollars per year.

The features offered on Luxy are nearly identical to those offered on popular swipe-style hookup apps. You are presented with profile images of other members matching your search criteria from your immediate area. You can then swipe right to like them, or left to pass on them. If two members like each other, then a match is made and those members can start a conversation with each other. 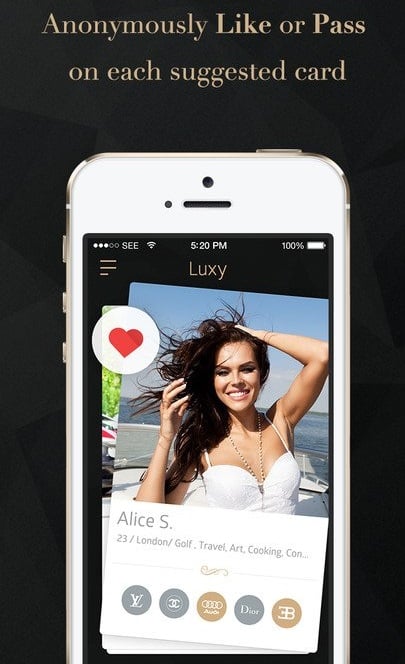 We know, it sounds so drearily familiar that it’s almost anti-climactic. We were sort of expecting something more reminiscent of an old Grey Poupon commercial, but I suppose that’s what we get for being mere commoners. 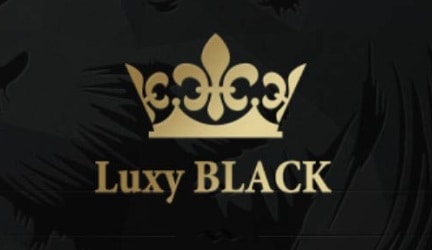 WTF? There is an exclusive zone within the exclusive zone? That’s right our fellow plebians, even when you think that you’ve reached the top, there will always be some Bozo that wants to show off just a little bit more. In the case of Luxy, that takes on the form of Luxy BLACK status. This is a premium upgrade that allows users to send messages and start conversations with anyone. Yes, anyone, even if the other person has not liked them or even seen their profile. Now that’s real privilege.