Online dating, could you imagine a time when humans had to trudge along without it? As great as it is, it still has many pitfalls. Let’s take a look at the 4 biggest problems you’ll encounter when using online dating sites and apps. 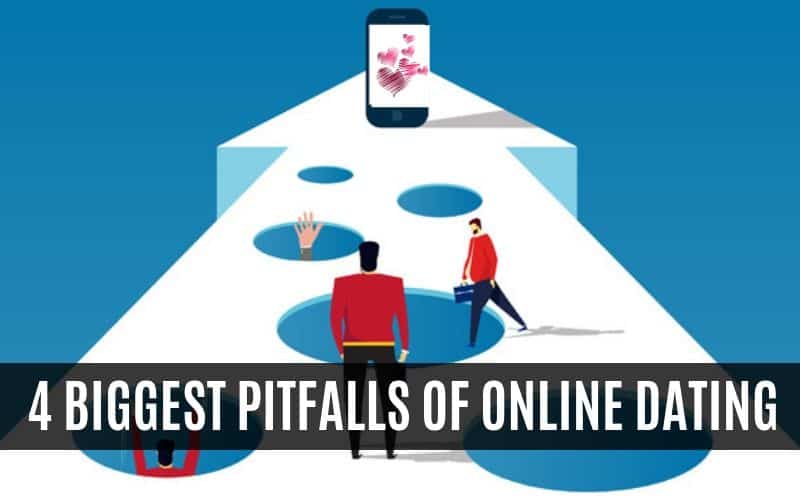 Believe it or not, prior to the mid-1990s — when online dating sites first started appearing on the scene — human beings were somehow able to socialize, meet, and copulate. It was real Flinstones-era stuff, but people managed to go on dates with one another.

The third decade of the 21st century is now not that far away. Yes, our version of the “roaring twenties” is upon us. Nowadays online dating is an integral part of the dating scene. Old and young, rich and poor — everyone who wants to find a partner for lifelong love or for a hot and steamy weekend quickie rely on online dating platforms to find their perfect match.

The online dating industry itself has matured tremendously since those first days in the 1990s. As internet and device technology — coupled with faster and ever more affordable broadband speeds — have advanced, so too has the quality and reliability of online dating platforms.

No longer are you tied down to your personal computer relying on a 14.4 dial-up connection to log into Craigslist and cruise the now-defunct personal ads for some action. (Hey, mom! Get off the phone I’m on the cyber-internet doing “homework”)

You would figure that with so much advancement, with online dating becoming part of the cultural norm, that many of the pitfalls of online dating would no longer exist. Incredibly, that is not the case. Many of the same pitfalls that existed in the 1990s still exist today. It is one of those rare things that gen-Xers, Millenials, and Gen-Zers can say that they have in common — they share the same online dating pitfalls. Wow, that sounds like a cross-generational bonding moment if ever there was one.

What Are These Pitfalls? 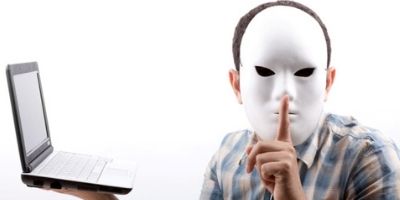 Just as there still is dishonest advertising in this world, so too does there continue to be dishonest profiles on dating platforms.

Some are genuine people who over-embellish their persona in order to get a leg up on the competition. This may include people who lie about their lifestyle, wealth, hobbies — anything to find a match. This also includes those people who post pictures of themselves from 15 years ago when they were 25 pounds lighter and wrinkle-free.

We suppose that vanity and desperation are the main drivers for that sort of behavior. 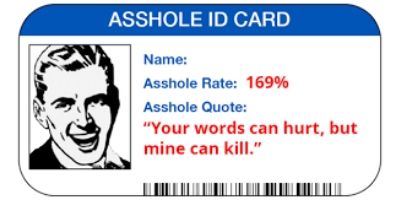 A-holes are like a plague. You can never get rid of them and they are always up and about messing up an otherwise good thing for other people.

If you have spent any amount of time on any dating platform, chances are that you have encountered an a-hole. This is the person who starts trolling you when you reject their “likes” or invites. They are the people that not only embellish their profiles, they flat out use fake profiles to get your attention. In their worst incarnation, they can be the dangerous weirdos who want to stalk you or scam you out of money.

If you are that 40-something male with a dad-bod on POF who suddenly gets noticed by a 20-year-old swimsuit model whose web and phone cameras conveniently don’t work, STOP. Don’t send her money to help her pay for her “tuition” via Western Union. Chances are the person behind her profile picture may be an a-hole scamster.

Fortunately, the majority of online dating platforms now use some form of validation system to screen new users and have multiple protocols in place to ensure privacy. Nevertheless, a-holes are still out there.

This is why caution must never be thrown to the wind when it comes to online dating. It doesn’t matter if you are on an invite-only highly exclusive dating app or if you are a free member on a site that only asks for an email at registration — have fun but always keep your guard up.

3- You Become Pickier and More Judgemental 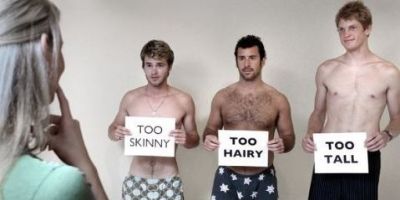 Prior to online dating, meeting someone with whom you had some sort of chemistry was the primary goal. It was easy to overlook a few imperfections and focus on the positives.

With online dating, there are so many members, so many profiles to look over, that it is easy to become extremely picky. What’s that? Is that a piece of lint on their shoulder in their profile picture? SWIPE LEFT!

Many times you will hear people complain about how they can’t meet anyone on their dating app. Usually, the reason they can’t is that they have become too picky. They seek perfection as they swipe away dozens of otherwise high-probability matches. 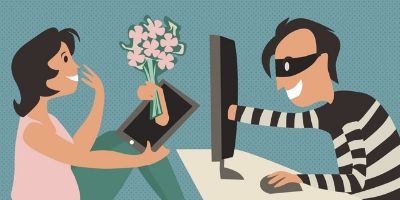 The vast majority of dating platforms are legitimate and honest businesses run with integrity. There are a few platforms, however, which view humanity’s natural need to meet for love or sex as the perfect realm for setting up shop to take their money.

These sites and apps will focus on the imagery, the idea, of finding what you are lusting for. They will be heavy on the images of attractive and scantily clad men and women. They will be full of trigger phrases, such as “get laid now.” Come on, who wouldn’t want to get laid, right?

Legitimate sites will usually offer you a free version of their service so that you can properly evaluate it. Some offer full functionality for free for a limited period of time. The unscrupulous sites do not do that. They do all in their power to get you to pay for a subscription right off the bat. Others stuff their platform with fake profiles of attractive women who do not exist, to entice you to pay.

The more sophisticated people have become about online dating, the less effective that such bold tactics have become. Even so, they are still out there. This means people are still falling for it. Also, you can rest assured that some have already started morphing into the next generation of unscrupulous sites. They will rely on tactics that we have yet to become familiar with. This is why common sense is always important when online dating is involved.

25 years from now online dating is still going to be around. It will have advanced and developed to leverage the advances in the technology of that time. While we hope that the legacy pitfalls mentioned above would no longer be around by then, we wouldn’t hold our breath. Chances are that your kids and grandkids will face the same pitfalls when they grow up and start using online dating.