If you are a financially successful and wealthy man, or a young woman seeking the company of such a man, we suggest you read our following SugarDaddie.com review. It will provide you with a clear idea of how it operates and how it differentiates itself from other similar sites. 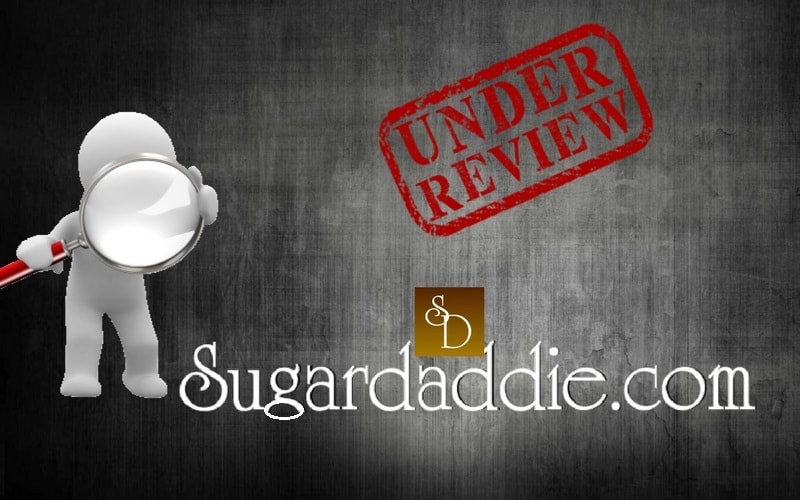 Elegant, genuine, unique, and efficient. Those would be the words that we would use to describe the SugarDaddie platform and its active membership base.

We were pleased to see that the age range for both sugar daddies and sugar babies on this site was broader and more inclusive than other similar sites. All in all, we found SugarDaddie to offer a great user experience.

We would rate it as VERY GOOD.

Success, ambition, attraction — three things that we all want more of regardless of how much we may already have. These three words are also used as the mantra for an online dating and hookup site known as SugarDaddie.com.

As the name implies, it is a site dedicated to helping bring together successful men with younger and attractive women. It has been in operation since 2002. This fact indicates that the site must be doing something right.

We had heard about this site in the past. We had been informed that it has significant differences compared to other sugar daddy dating sites. As can be expected, we were intrigued by these so-called differences. Would they make the site more efficient? Is it easier to use? Are the users more genuine than on other sites? 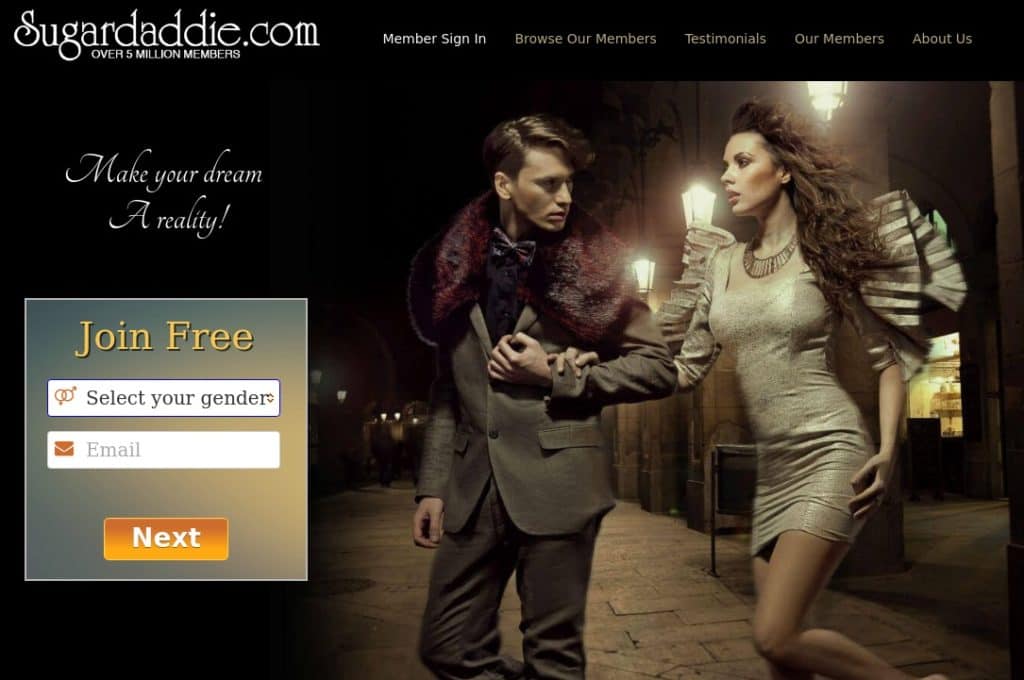 Our first impression of SugarDaddie.com was neutral. Its design aesthetic — while elegant and presentable — did not distinguish it from other sugar daddy type sites beyond having a more attractive appearance.

The registration process — following a fast-track simplified model — also did not impress us as being unique. The only thing that we found welcome and original on the SugarDaddie welcome page was the fact that it offered its new users access to plenty of information about the site. Unlike other online dating and hookup sites that want to usher new users as quickly as possible to their membership rolls, SugarDaddie allows new users to read more about the site. They give new users access to testimonials and a peek into how it works. New users can even access search results without having to join. 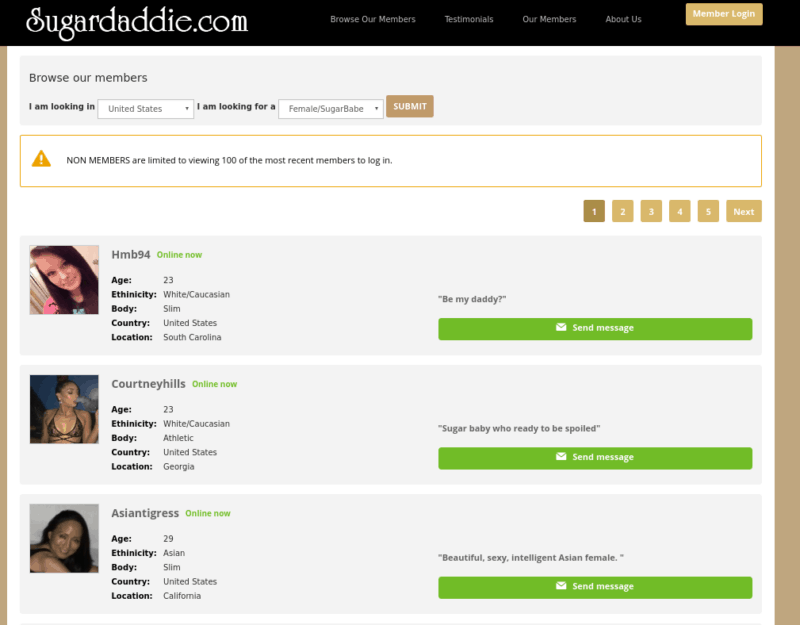 That level of transparency before you join, in our opinion, is a good thing. It offers new users an honest and effective way to gauge whether or not SugarDaddie is for them.

The registration requirements for SugarDaddie require both men and women to fill out a rudimentary questionnaire about their physical and personality attributes. Also, they must provide some basic personal information about themselves, such as gender, age, email address, and location. For women, there is nothing else that is required of them. For men, however, they must declare their yearly income. In order for men to be accepted as members on SugarDaddie, they must earn $100,000 a year or above.

It is important to state that yearly income figures are never verified — SugarDaddie uses the honor system. At first, we thought that this lack of income verification would lead to rampant abuse. However, after we joined and spent a few days on the site, we realized that the vast majority of the male members appeared to be genuine.

SugarDaddie claims to have over 5 million members. Considering that it has been in continuous operation since 2002, we have no reason to doubt those figures. However, in terms of active membership, the worldwide figure is closer to 1.5 million. The remaining profiles in the SugarDaddie system are likely inactive accounts.

The active user base, however, is highly engaged. The male to female ratio is approximately three males for every two females. Those figures indicate that SugarDaddie is a sound platform that should, at the very least, offer a decent opportunity of meeting real people.

As our testers started to go through the different profiles on the site, a few things started to become clear. First, not all of the women on the site were “sugar babies.” In other words, not all of the women were interested in exchanging their affection for the financial benefit provided by a wealthy man. Some of the female members were merely interested in meeting and networking with successful men — more like social networking rather than online dating. By our estimation, 80 percent of the female members fall under the “sugar baby” category with the remaining 20 percent being the social networkers.

If you are asking yourself, “why would a woman join such a site if she’s not seeking material benefit?” From what we could ascertain, these women were entrepreneurs and mid- to high-level business executives. They apparently were seeking opportunities to meet and network with successful businessmen. If you think about it, that makes sense. This, however, is not something commonly found on other sugar daddy sites.

Also, the age range of the male members on SugarDaddie is broader than on other sites. While most people would think of a “sugar daddy” as a man in late middle-age or older, on SugarDaddie you can find men as young as their early 30s. Essentially, all that a sugar daddy is supposed to be is a financially successful man willing to bestow material benefit on younger and attractive women. There really isn’t an age limit.

Our testers engaged directly with a total of 15 men on SugarDaddie. In all 15 of those instances, our testers reported that the men were charming, polite, and very respectful. This reinforced the impression that we had about the membership base being genuine.

SugarDaddie is free to join for both men and women. However, the free membership limits you to creating your profile and receiving incoming messages. It prohibits you from responding or sending out your own messages. In order to get the best experience out of SugarDaddie a paid membership is required. A one-month subscription will cost you $29.99. If you choose to pay for three months in advance, the average monthly price drops to $19.99. If you pay for a full year in advance, the average monthly price drops down to $14.16.