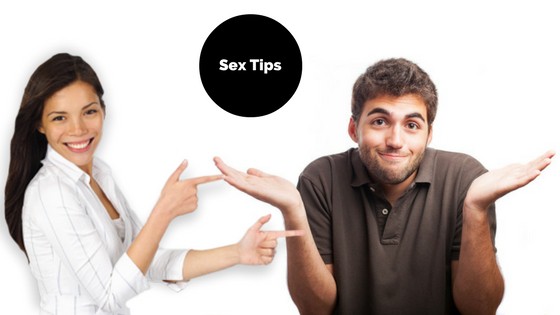 Being considered good in bed — next to being filthy rich, that is probably one of the most important aspirations for men. Some men believe that they know it all — every move, every position, every technique to make a woman quiver in absolute satisfaction. Other men are insecure about their sexual performance. “Did she really have an orgasm, or is she just faking it to spare my feelings?” they ask themselves.

Well, to the overconfident ones as well as the insecure ones, let me inform you of a curious fact. In studies that have asked men if they successfully gave a woman an orgasm during their last sexual encounter, 85% said “yes.” When the testers asked the partners of these men if they had an orgasm in their last sexual encounter only 62% said “yes.” Oh-oh! Looks like the math doesn’t add up.

The truth is that there is a lot that men don’t know about sex that we women would really like you to know. Be forewarned, some of these tips are bold and direct, but they are all effective. So, take notes if you need to, here are 6 sex tips for men by women everywhere.

1. We Can Have Two Types of Orgasms

Some women are unable to reach an orgasm strictly through vaginal stimulation; they need to be complimented with clitoral stimulation.

What does this mean? Be mindful of both types of stimulation.

It is amazing how men can admit how they get turned on when a woman talks dirty to them, but somehow fail to realize that women also get turned on by dirty talk. Some men feel uncomfortable, thinking that they might offend the woman by talking dirty during sex. Others are just oblivious.

In a sexual survey, the majority of women have said that dirty talk is a turn on to them. Most mention that it’s an even bigger turn on if it starts before foreplay. Whispering something dirty to your partner about what you want to do to her while you are eating dinner is a good example.

Guys, don’t be afraid of the dirty talk. In the event that your partner were to be in the minority that doesn’t care for it, she’ll let you know immediately. Nothing ventured, nothing gained.

Guys, you have hands use them — more specifically your fingers. Even during intercourse, find a way to stimulate your partner’s clitoris during the act. Trust me, she will really appreciate it.

4. Boobs — They’re For More Than Just Being Looked At

A woman’s breasts are among the most erogenous zones of her body. While the majority of men will in some way or another pay attention to them during foreplay and sex, many do so the wrong way. They may start with the breasts, but soon move on and don’t come back to them.

A man that can give you great oral is one that will make you blush just by reminiscing about it. Many men pride themselves on their “oral” techniques, but in reality, at best, are just okay.

Some men think that brisk intensity is the secret, others have spent too much time around their dog and think that “lapping” is the key. Again, there is no one-size-fits-all solution regarding the best oral technique. In reality, most of us will tell you that it involves a combination of techniques and being able to adjust your “delivery” in accordance to our physical and verbal reaction is what is essential.

Also, there is no law that dictates that you must restrict yourself to only using your tongue when giving us oral. As a matter of fact, most women enjoy a combination of lingual and digital stimulation when receiving oral. (That’s another way to say fingers and tongue, guys!)

6. Don’t Ask for so Much Reassurance During the Act

If you’re trying something new in bed, of course it’s alright to ask if that “feels good” or “do you like that.” Aside from that, however, asking more than once is disturbing. You sound like you are unsure about your performance. You put us in the role of having to reassure you — instead of focusing on our mutual pleasure. Don’t do that, guys! It’s not cool and makes you sound sexually insecure.

If anything defines the sexual skills of a man from a woman’s point of view, it’s his ability to have range — not just in technique, but also in style of execution. We enjoy sex as much as you, but we also appreciate the seduction that is involved. We value performance, but we also value intimacy.

To be considered good in bed you must be able to satisfy us when we want sweet, gentle, romantic love making — as well as when we are in the mood for some hot, sweaty, intensely uninhibited sex. Hey, we never said it was easy to please us, but you know that we’re definitely worth it.