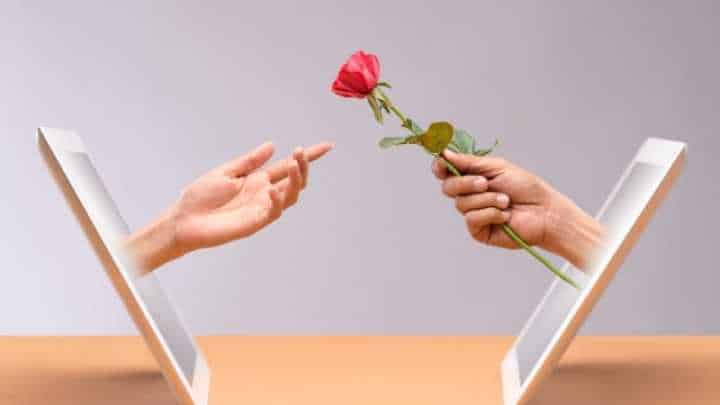 Ah, the past — back when prim and proper young ladies and gentlemen would engage in courtship under the watchful eye of a chaperon. Okay, maybe I was digging too far into the past. However, even if you compare the modern dating scene to how it was just 20 or 15 years ago — the differences are still going to be sharp.

Imagine what your dating paradigm would look like without dating apps, texting, smartphones, video chat or social media. I know — bleak and boring, right?

Well, maybe it wouldn’t be as dark as that, but it would definitely be different. Just like everything else in our lives, technology has brought about a lot of changes to the dating scene— some for the good, others, well…

Here are six ways technology has changed the dating scene. You can decide if they’re for the better or for the worse.

1. It Has Increased the Size of the Dating Pool

Think about it. Today you can search for long-term relationships or one-night stands as easily as grabbing your phone and swiping through an app like Tinder. If you’re traveling to a new city you don’t have to wait to slowly get to know new people — a few swipes and bang, you’re all set for Friday night. If you are from a small town and have big city tastes, you can search for people on dating sites that may reside hundreds or thousands of miles away from you. Geography no longer imposes a limitation on your search for romance.

In the past, people were limited to meeting people from the communities in which they lived. Often within the same social circles of their existing friends and family. It was difficult to cultivate new and exciting relationships. Even the most adventurous were limited to the bar and club scenes. A few weeks of that and even the most promiscuous had already “tested the rotation” a few times over. To put it more bluntly, it was slim pickings when it came to the dating pool.

In the past, meeting people was a more involved process. Technology has simplified that process by opening us up to a greater number of people from, literally, around the world.

Technology has streamlined all of the key components of courtship. From meeting and filtering people that interest you, to communicating before and after a first date. For many couples, technology — be it through texts, calls or video chats — even takes a central role in seduction and intimacy.

With this immersion of technology into our courtship rituals, a certain personal touch has been lost. When couples can fight, make-up or break-up entirely via text — you know that face-to-face communication is sometimes being placed in the back seat. It would be a shame if the art of sentimental expression were to be sacrificed entirely to the convenience of technology.

3. Long-Distance Relationships Have a Real Shot

With the internet and every subsequent piece of hardware and software that it spawned, long-distance relationships are easier to sustain today. The problem of distance and limited communication are now practically non-existent thanks to modern technology. You can be living in Bangor, Maine and your significant other in Bangkok, Thailand and your communication could remain as frequent as if you were in the same town.

Even so, there will still be a few people out there that will lament how the glorious anticipation of waiting for a snail mail letter from your love half a world away is now lost forever. Others will say “good riddance” as they get ready for a steamy Skype call with their LD lover.

Something that has always existed in the world of dating has been rushed judgments. What makes things different today is that technology permits you to act almost instantaneously on those rushed judgments. Whereas in the past the benefit of time provided you with a chance to cool off or view things from a different perspective, now you can type out a text and break up with someone in a matter of seconds.

When you are getting to know someone, have you ever browsed through their social media sites to get some insight on who they are? I’m certain that we’ve all been guilty of that. Now ask yourself, have you ever made a judgment about that person just from what you glimpsed on social media? Ah-ha, got ya’! See how easy it is to make rushed judgments about people with modern technology.

Infidelity is by no means a modern occurrence. Technology, however, has made cheating a heck of a lot easier. Studies indicate that 40 percent of men and 26 percent of women involved in a monogamous relationship will cheat at least once. It will be interesting to see if those figures rise as technology makes the dark art of infidelity much easier to get away with.

It’s often mentioned that technology has made us more superficial when it comes to dating. They say that those currently in the dating scene have become conditioned with the “Tinder” mentality. Basically, you are being told that you are more prone to look at the superficial physical traits of a person and within a few seconds make a snap judgment about rejecting them before you even bother to get to know them as a person. To that, I say, “bull feces.”

Men and women have always relied on superficiality to gauge potential new partners. You shouldn’t feel bad that new technology, such as dating apps, allow you to put it into action with greater efficiency. As long as you don’t numb yourself to the value and merit of learning more about those whom you do “swipe right,” it should not matter how many you “swiped left.”

Technology doesn’t make you more superficial. It simply makes it easier for you to filter through the larger dating pool that was mentioned earlier.

Sure, you can damn technology for eroding some of the finer and gentler customs that were once associated with dating. In the interest of fairness, however, you should also praise it for making dating easier, for opening up the dating pool and for bringing people together that in the past would probably never of had met.