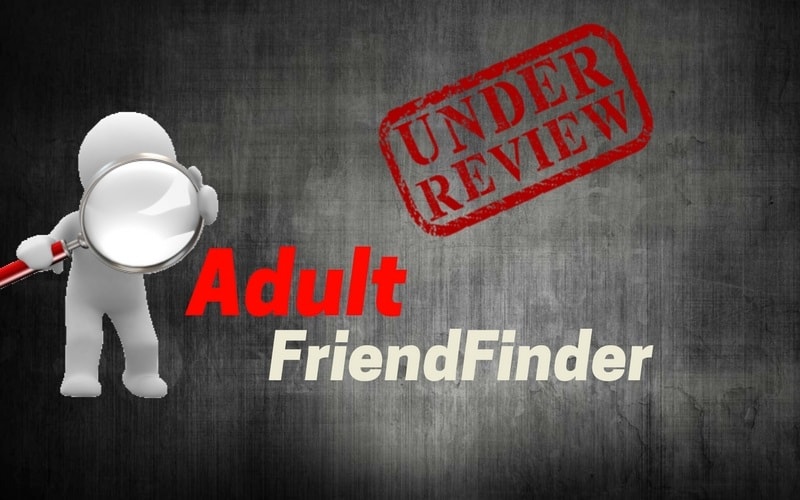 Of the many dating and adult community sites that we have reviewed, AdultFriendFinder is the most genuine. While its features are not unique to it, they do offer the best possibility for obtaining results — that is meeting like-minded adults for hookups, swinger encounters or other mutual activities. The secret to their success is simple — they have a large enough user base to where there is no need for cheap tricks, fake profiles and all of the other things that turn us off from other dating sites.

Our in-depth AdultFriendFinder review leads us to rate the site as EXCELLENT/HIGHLY RECOMMENDED.

When you think about online dating, it is often in a general sense. While there is nothing wrong with that — think about how improved your chances of finding compatible partners would be if you dealt with a site that was structured as an adult-oriented social network — one that fostered a community of like-minded adults. It would stand to reason that your chances of meeting a compatible person would increase — in some cases exponentially compared to what you would get from a run of the mill dating site.

That idea is what brought us to AdultFriendFinder.com. In continuous operation since 1996, AdultFriendFinder caters to open-minded adults seeking a variety of casual encounters. These run the gamut from no-strings-attached hookups to engaging with the swinger community. With a user base that consists of over 75 million members and with an average of 80,000 being connected to the site at any given minute of the day — AdultFriendFinder surpasses the majority of other casual hookup sites in terms of volume and active membership.

Normally, we begin our reviews walking our readers through the registration process and the initial impression that the site made on us. In the case of AFF, this didn’t seem appropriate. The reason for this is that many of the other dating sites that are out there have emulated what works solidly for AFF. However, like the copy of the copy of the copy, those other sites tend to be dull and out of focus compared to the original. For that reason, we decided to begin by identifying the specific strengths that AFF brings to the cyber-table. Some of the features may be familiar to you from other sites, but the potency of results we obtained on AFF totally surpassed what we expected.

This level of insight of its users on the part of AdultFriendFinder is important to properly appreciate its full range of functionality. It is only then when you can best determine how the site can help you in your “adult-oriented” pursuits.

— Honest About Its Purpose —

One thing that struck us immediately during our AdultFriendFinder review was that the site was not pretentious about why it exists. One of AFF’s slogans, “hookup, find sex or meet someone hot now,” is a clear example of this. It, however, doesn’t go to the extreme of making bold claims and empty promises to its members. The feeling that you get when you first enter the site as a member is similar to that when you first entered a large social network — such as Facebook — for the first time. You feel that there is an actual community present. You do not feel alone, you do not feel like you are placing your matchmaking fortune to some cold algorithm. As we discovered, what AFF offers is a community where you can find what you want. It may not be handed to you on a silver platter, but you can be certain that if you put a little effort into it, you will be well rewarded.

The term “critical mass” is used to the point of being cliche in many industries. You may ask yourself why we are using it to describe AFF. The answer is that as we probed deeper into the site we realized that the reason why AFF is so effective is not necessarily its features. After all, many other sites have variations of the same. The one thing, however, that AFF has that none of the others have is a critical mass of genuine users. Having gotten started early in the game — some would say it was the lead pioneer in open-minded adult community sites — AFF has a large enough base that it doesn’t need to rely on the tricks used by smaller sites. You will not find automated messages filling your inbox — nor will you find fake profiles sponsored by the site itself. AdultFriendFinder offers an excellent user experience because it keeps things real. It is able to sustain itself with real people, thus the critical mass reference.

Having a critical mass of members, that means that features such as the search function return genuine results. When you enter your search criteria — which can include age, location, gender, specific sexual tastes, etc — you can have the confidence in knowing that the vast majority of those appearing in the results are real people. That simply is not the case on other sites. The search function in AFF is not glitzy, but it is robust and very effective.

You can communicate with other members via messages that are delivered to their inbox when they log in, or through instant messaging, if they are online and accept your request. For those users that only seek casual online interaction, there are also a large number of chatrooms where real people can hook up and take things to whatever extreme they desire online. There are also forums on everything from general discussion to very specific sexual fetishes.

During our test, we found these chat rooms and forums to be very lively and speaking candidly, raunchily fun.

As part of fostering an adult community, AFF is aware that sometimes you just want something entirely anonymous. To that end, they also offer webcam rooms, entirely separate from those used for members to engage in conversation or “whatever.” These separate webcam rooms are clearly identified as being served by professional cam models. There is an additional charge assessed on a per minute basis for the rooms, but they are there for those moments when you just want something right now. There is also an adult movie streaming service that allows you to stream adult movies without any fear of downloading viruses to your device like may be the case on porn sites. Many users never make use of those rooms, but that’s what makes AFF so special, there is something for everybody. Each member will use AFF differently and still get what they want out of it.

Joining AdultFriendFinder is free. You can use the majority of the search functionality under the free version and it offers you enough to gauge the magnitude and functionality of AFF. There is no time limit set for the free trial. The free version includes some display advertising, but it is not too obtrusive. When you are ready to communicate with other members, and use the chatrooms and forums, a paid membership will be required.

With the Silver plan, display adverting is limited, communication with other members is unlocked, you can store up to 500 members on your personal “hot list,” and you can view up to 5 images on a member’s profiles The Gold plan offers everything in the Silver plan with the addition of removing all display advertising, increasing the storage limit to 1,000 members on your hot list, your internal message storage is increased to 1,000 and you can view all of the images and videos on other members profiles.

From our perspective, the Gold plan offers the best bang for the buck. Also, having paid for membership on other sites, AFF was one of the few that we felt that we were getting our money’s worth.