It seems that every couple of years buzz for Be2 picks up — we seem to be in one of those phases now. In order to determine if Be2 has improved, worsened or remained the same, we conducted this in-depth Be2 review. 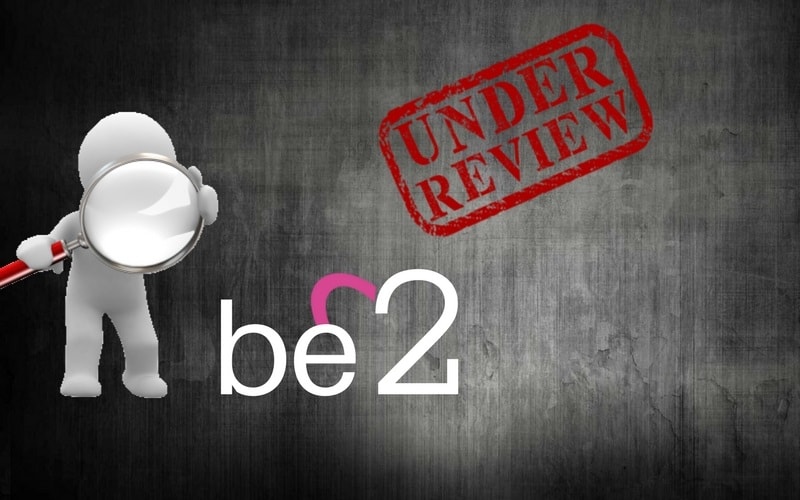 Final Word on Be2

Be2.com has an infrastructure and matchmaking algorithm which cannot be discarded as being frivolous. Their "scientific" method uses a robust algorithm which can — and does — return highly compatible results. Our point of contention with Be2 comes in the fact that it doesn't always adhere to that algo. Too many generic matches are thrown into the mix, watering down the other more compatible matches. We cannot slam Be2, but we also cannot praise it. We must rate it as NEUTRAL. It is one of those dating sites that you must test for yourself. Just be forewarned of the minor pitfalls that we encountered during our testing.

When an online dating site touts how it has a user base of over 30 million and that it is adding 20,000 new members per day — that will grab your attention. That is the case with Be2.com. Not only does the site claim to have those impressive membership figures, but it also professes to have a highly advanced and complex algorithm based on sociological, psychological and anthropological factors that measure how compatible two people are.

The claims made by Be2 are quite impressive, however, it should be noted that most are the result of reporting and analysis sponsored by the website itself. When we dug deeper into usage statistics and the matchmaking methodology of the site, we came across some bits of conflicting information.

First, the 30 million user base refers to all of the members that have signed up since 2012. This includes those users that have abandoned the site. The 20,000 number for daily registrants to the site cannot be independently confirmed by any outside party. However, that would add up to over 7 million new users each year — a figure that is vastly disparate to its actual membership base.

Why are we spending so much time analyzing this online dating site’s statistics? The answer is that when you are dealing with a site that has been in existence since 2004 and that has persistently presented itself to be on the “cutting edge” of matchmaking, yet has also left a reputation of customer dissatisfaction in its wake — well, everything is fair game.

Be2 has always maintained a clean and professional looking appearance — even way back when it started in 2004. The latest version of Be2 holds on to that tradition. In terms of aesthetics, the welcome page to Be2 is clean, simple and elegant.

Registration starts on the welcome page. Users enter their gender, the gender of the partner that they are seeking, a valid email, their choice of password to access the site and then click on a green “Register Now” button. 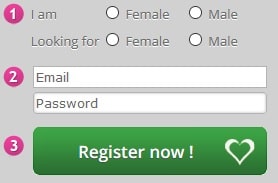 Upon doing that, users are directed to the start of the questionnaire section of the registration process. This consists of fifty multiple-choice questions. These questions cover a wide gambit of items related to your outlook on relationships, your perception of yourself, what you are looking for in a partner and personality related items. They are quite personal, but never crude. In our testing, the average time for completing this part of the questionnaire was twenty-five minutes. 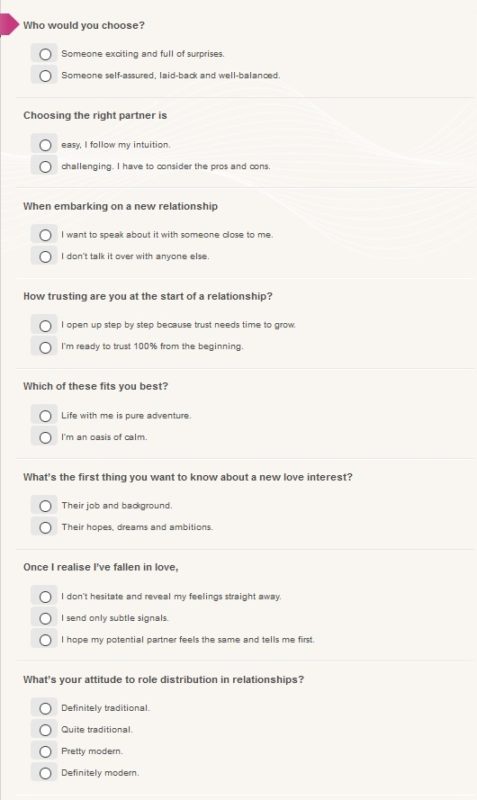 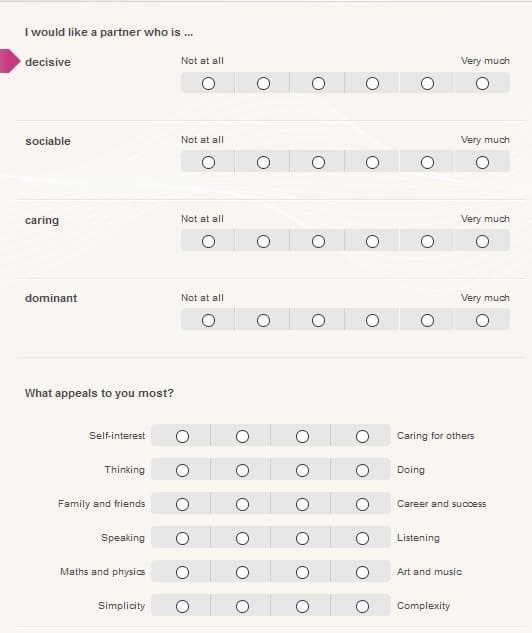 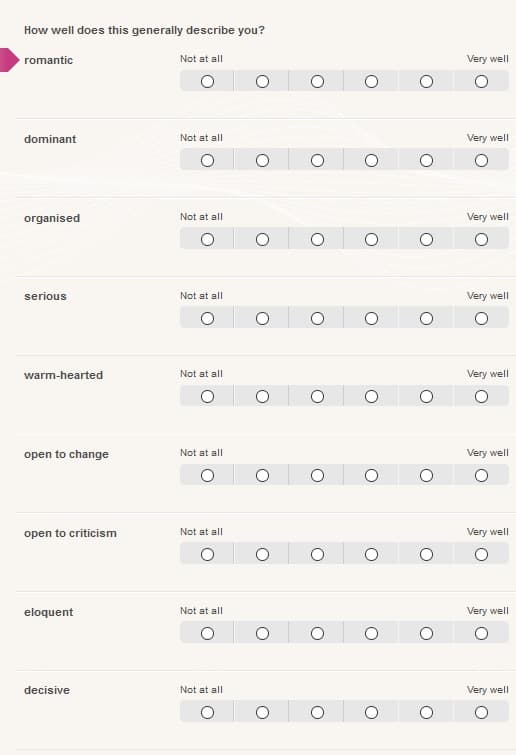 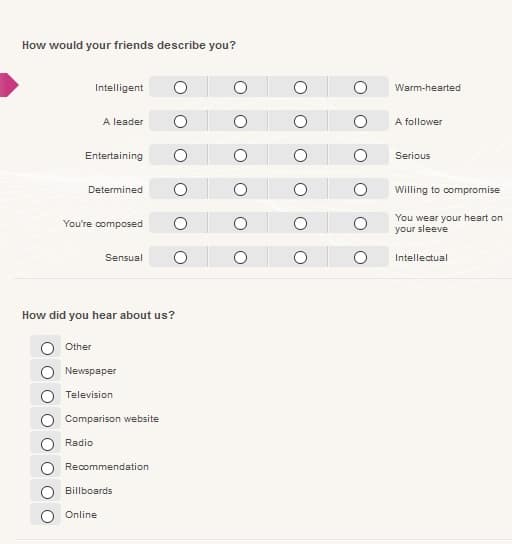 For those of you who might be uneasy about releasing that type of personal insight online, Be2 posts the following disclaimer at the beginning of the questionnaire, “Your answers go straight into our scientific matchmaking process and aren’t shown to anyone.” We read through the site’s terms and conditions and did find clauses where they clearly state that they adhere to international standards of privacy and safeguarding of personal data.

When you finish with the questionnaire portion, you still have to enter your first name — which will be used to identify you to other members — and your date of birth. You must then answer a series of questions designed to describe your physical attributes, location, religion, profession, personal habits and thoughts on children. The final part of the registration process consists of writing a brief welcome text that will appear in your profile. This is limited to 250 words.

Right before you click the “submit” button you will notice a checkbox indicating that you give Be2 permission to send messages on your behalf to other members. By default, this is selected for you. What this service does is to send messages to other members that Be2 determines to be potential matches for you. The problem is that it is not easy for members to distinguish which messages are sent directly by other members and which are auto-generated. We found this to be akin to allowing Be2 to spam their users using our name! Our testers unchecked that option before submitting.

Yes, the full registration process for Be2 is time-consuming. In our testing, we attempted to pause in the middle of the questionnaire and twice found no way to be able to return to where we had left off. Each time we had to start from the beginning. We were unable to ascertain if that was a glitch or if that is by design. To avoid this happening to you, it may be best to set aside 30 to 45 minutes before you start the Be2 registration process.

After registering, you are redirected to the members’ area. You will be served with a reminder to upload a profile picture. You will also notice that all of the profile images of the other members that appear on the page are blurred out. The same holds true when you access the “your matches” section. This, along with disabling all communication and messaging functions, is done purposefully by Be2. In order to see the profile pictures of other members and to be able to communicate with them, you must upgrade to a paid subscription.

A three-month subscription commitment has a monthly cost of $59.99. If you opt for a six or twelve-month commitment, the monthly cost is lowered to $29.99. There is also a $5 introductory offer for the first month, however, after our test when we tried to cancel before the one-month period expired, we were still charged for the full three-month membership. This appears to be a frequent complaint against Be2. Simply not cool.

Once we were on the paid version we were able to find members in our area with whom we exchanged messages. Of our three testers, one stated that the matches seemed to adhere quite closely to what they had hoped to find after filling out that long questionnaire. The other two testers stated that their matches seemed generic, with few areas of compatibility. Again, this is a complaint often heard about Be2 — that despite its questionnaires and supposed “scientific” matchmaking technique, that if a user’s profile generates few matches, they “pad out” the results with generic matches.

Another issue that we had with Be2 was receiving those auto-generated messages created by the system. Many were from members that have been inactive for months — perhaps years. That is annoying.