An online dating site as unique as BeautifulPeople.com required us to take a special approach to reviewing it. First, we had to get accepted. Sadly, two of our reviewers were not deemed as being sufficiently blessed with the genes of beauty and were — DENIED membership. Currently, they are huddling in the corner of the office in the fetal position scarfing down leftover pizza and guzzling room temperature Dr. Pepper. Very sad sight, indeed.

Fortunately, one of our reviewers was able to parlay her high cheek bones and gluteus maximus reminiscent of a young Ann Margaret to get accepted. Thanks to her, we are able to share this BeautifulPeople.com review with you, our most beautiful readership. 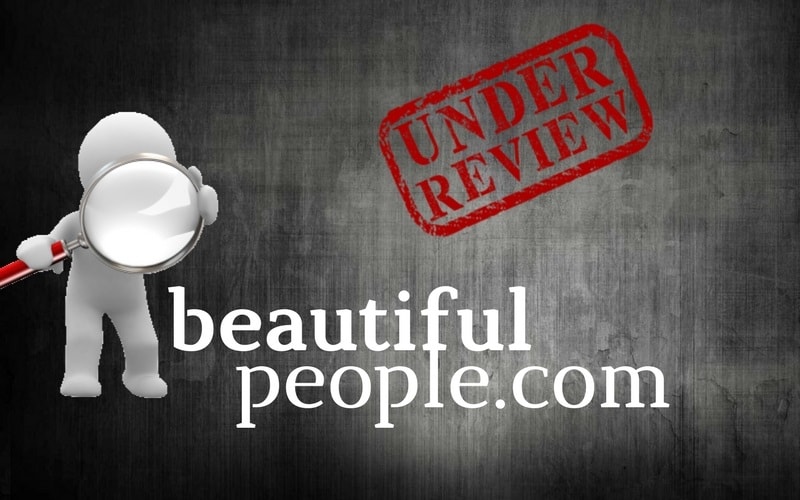 When you first hear of BeautifulPeople, the concept around it can sound cold and brutal. However, if you analyze it pragmatically, the site has some merit. True, few people will be lucky enough to get in. Some people may not even want to be part of a site that is so focused on the physical appearance of individuals. Yet for those that are honest about the role that beauty has on attraction — and if they are able to be voted in — BeautifulPeople can be an effective way to meet prospective partners. We would rate it as GOOD/WORTH A TRY, if you can get in, of course.

— Pros and Cons of BeautifulPeople.com —

Who doesn’t remember the wonderfully marvelous days spent in high school? Struggling to find your own identity, wanting to fit in — to be accepted by others. Ah, yes, feeling the peer pressure to conform to a certain style or look. Being elated when your efforts hit the mark and being crushed when your best efforts were rejected. Hey, we have an idea — why doesn’t someone bring those pimple-filled, stressful traumas of yesteryear to the world of online dating?

Okay, you caught us — we’re just being a little facetious in talking about BeautifulPeople.com. It is an online dating site that uses a unique 48-hour evaluation period to determine if users are “beautiful” enough to be accepted as members.

Yes, the process does sound harsh. If you have self-esteem issues it might not be the ideal choice for a dating site. If, however, you are the cat’s meow, if you are the hamster’s whiskers, if you are all that and — not one — but TWO bags of chips, then BeautifulPeople might be right up your alley.

Before we begin to break down the features and functionality of BeautifulPeople, you should be aware of how the 48-hour evaluation functions. After all, if you don’t pass muster — YOU’RE OUT! (insert the voice of a 1940s umpire here)

The evaluation requires members of the opposite sex to rate your image as being either “beautiful,” “hmm, ok,” “no,” or “absolutely not.” This is what determines whether or not you can join the elite site.

To add a little excitement — or to create 48 sleepless hours of tense self-doubt — you can monitor in real time how your vote tally is going. You can witness minute by minute as the needle moves indicating that you are getting closer — or further — from being accepted. Fun, huh? 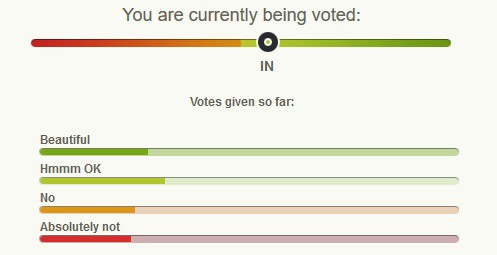 To be fair, the developers of BeautifulPeople explain that the purpose of this admission test is to save their users valuable time. They state that they are not imposing any idealized notion of beauty. Rather, they are allowing the power of the crowd to determine attractiveness. They describe the whole process as being democratic. In a way, they’re right. If you think about it, most people already engage in this type of selectiveness on swipe dating apps. Still, at least on other dating apps, the sting of rejection is more sedate — on BeautifulPeople it stings like a scorpion.

If you are lucky enough to get in, you will find that the set of features found on BeautifulPeople is very similar to those found on ordinary dating sites. You are given the ability to “like” the profiles of other members. This allows you to accumulate lists of other members that you are interested in and that may wish to engage with later. It also has a search function that allows you to search through the site’s membership base and find potential matches based on location, age range, etc. 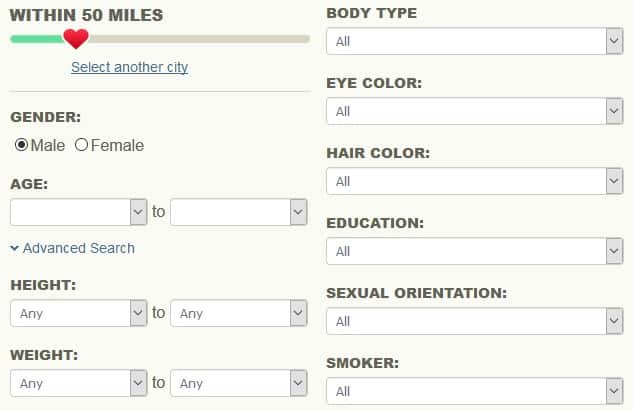 For those of you that prefer to browse through pre-populated lists of potential matches, BeautifulPeople offers a section called “matches.” In that section, you will see categorized lists of members presented for your consideration based on your profile information and prior site activity.

For those of you that prefer to browse through pre-populated lists of potential matches, BeautifulPeople offers a section called “matches.” In that section, you will see categorized lists of members presented for your consideration based on your profile information and prior site activity.

Communication with other members is handled via the site’s online chat module. Unlike some other dating sites, the chat function on BeautifulPeople is well organized. It is easy to keep track of all previous conversations. An activity stream monitor allows you to keep track of those members that have interacted with you in the past.

There are also chat forums covering a wide variety of subjects. They provide an excellent way to warm up to somebody before starting an online chat. Yes, just because two people are beautiful doesn’t mean that one — or both — can’t be a little shy.

BeautifulPeople also has a section dedicated to promoting live events. These are real-world gatherings sponsored by the site, or groups of members, designed as mixers for members to meet in person.

If after spending time on the site and being exposed to so many beautiful people you begin to question your own appearance, fret not — you can always check your most current beauty rating (as determined by other members votes) under the “ratings” tab in the main menu. What good is it to be beautiful if you can’t have it reaffirmed every few minutes, right? 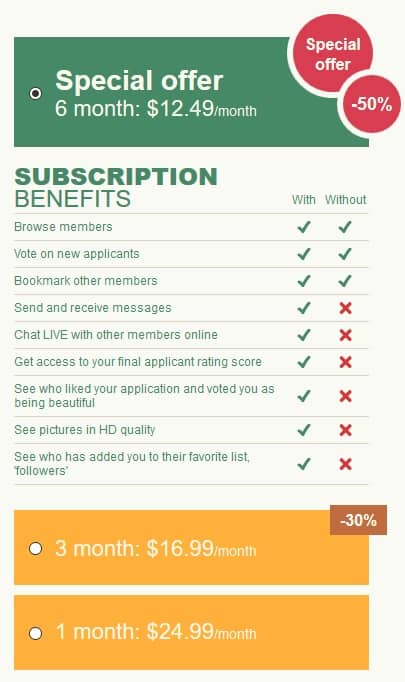 Unfortunately, beauty is not the only price required to join BeatifulPeople. A monthly membership is also required. This has a price of $24.99 per month. Hey, nobody said that preserving the gene pool of attractive people came cheaply. There’s a 30% bonus if you sign up for 3 months in advance, and a 50% discount if you opt for the 6-month package.

Something that should be noted is that gaining admission to BeautifulPeople is by no means a permanent thing. There are instances when the site may determine that you no longer meet the aesthetic prerequisites to be a member. This can happen if you upload a series of less than attractive images of yourself to your profile, or if at one of the live events your physical presence didn’t measure up to the one on your digital profile. You know what they say, there is always someone cuter, buffer, or perkier just around the corner.