Is Bedpage.com a worthy successor to Backpage? How much does it cost to create a post? Who can you expect to find? Read our Bedpage review and get all of those answers. Why waste your valuable time spending hours on a platform when we have already done the heavy lifting for you, right? 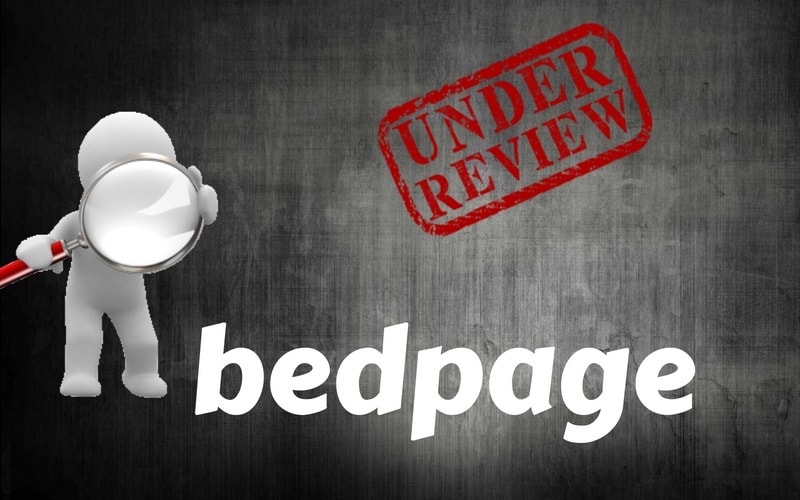 If all you miss about Backpage is the aesthetic that it had, Bedpage would be an excellent substitute. However, if you want a true replacement to Backpage, in our opinion, Bedpage falls short.

As our testers phrased it, "the site is simply too full of spammy and disingenuous posts to make it worthwhile."

We would have to rate Bedpage as a FAIL. 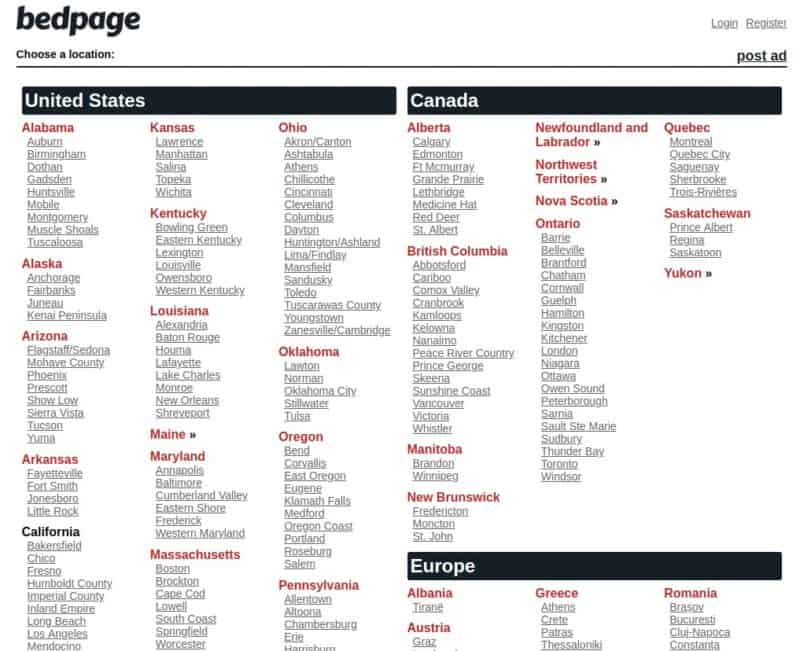 Classified ad sites, not too long ago — as in as recently as April 2018 — at least when it came to personal ads to help you find someone to hook up with, there were two big players in town. These were Craigslist and Backpage. For those of you who relied on those sites for finding casual encounter partners, you are well aware that one of them, Craigslist, no longer has a personals section. Meanwhile, Backpage was shut down by the feds. In their place sites have popped up trying to emulate the service once provided by these two juggernauts. Bedpage is a bold attempt at resuscitating the look, feel, and functionality of the now-defunct Backpage portal.

For all of you former Backpage users, this type of news might sound thrilling to you. However, before you start engaging in any sort of celebratory dance, we suggest that you give our review of Bedpage a read. We had our team of testers wander around the different posts from different cities and towns that fall within Bedpage’s coverage.

One of the most frequent questions that we received about Bedpage from those going through “Backpage withdrawal” was how widespread and thorough was its coverage. As you know, Backpage had extensive international coverage. When you first visit Bedpage, based solely on its home page, you would think that it has an equally as comprehensive level of coverage.

After all, you will see that its coverage is divided into all 50 states of the United States, the Canadian provinces, the majority of European countries, as well as sections for Asia, the Pacific and Middle Eastern countries. There is also a section for countries in Latin America in the Caribbean. However, when you begin to click on some of the cities within these sections, — especially those that are not in the United States or Canada — instead of finding long lists of posts, you will frequently encounter the dreaded “no post found” announcement.

From the point of view of a Bedpage user, this must be extremely frustrating. In our opinion, this creates false expectations about coverage. 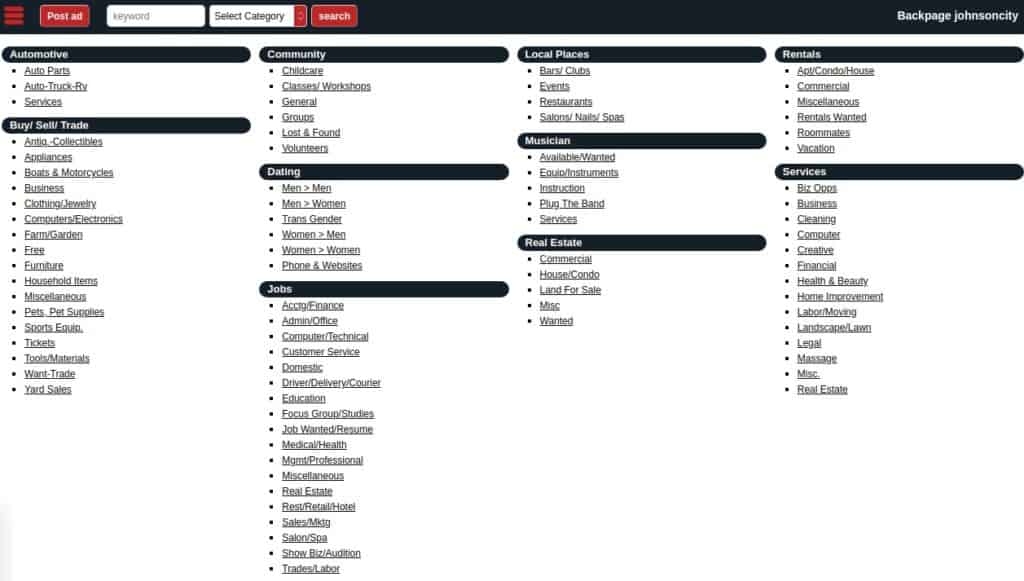 Just as Backpage before it, Bedpage is an all-inclusive classified ad website. That means that it has categories for a wide range of items and activities. You will find sections for automotive, buy and sell, musicians, real estate, business services, jobs, etc. Of course, if you are reading this review we would be willing to wager our next mortgage payment that you are most likely not interested in finding used farming and gardening equipment. You would be interested in Bedpage’s dating section. 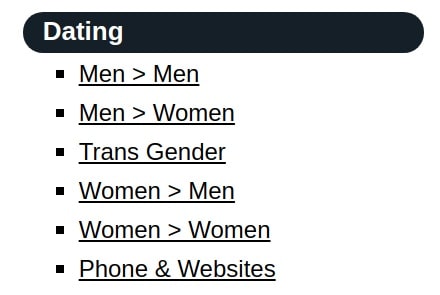 if you were a user of Backpage in the past, you will find that Bedpage did a good job of emulating the look and navigation of the Backpage platform. Just as Backpage always had a slightly more modern look compared to Craigslist, so does Bedpage. Its design is very simple, based entirely on text links, so navigation and getting to where you want to be is easy for everyone.

Anyone can scroll through posts on Bedpage for any of the cities and towns that it serves. When you enter one of the dating subsections you will have to go through a disclaimer page that reminds its users that they will not tolerate the promotion of illegal activities on the site.

It also requires you to certify that you are in agreement with their terms of use and that you are over 18. Don’t worry, all you have to do is click on the “I am 18+” button to clear this hurdle.

Unfortunately, once our testers started browsing through the posts on Bedpage, they started to detect a pattern. Many of the posts appeared to be repetitive. The same post that one of our testers saw in Albany was replicated when they were scrolling through posts in Memphis. Obviously, these were purchased by the same poster and did not represent an actual individual.

That sort of spammy and disingenuous post is found all throughout their site. Yes, you will find a few posts that are from legitimate individuals, however, many of those would call into question their adherence to the official Bedpage disclaimer which prohibits illegal activity. In other words, there are many sex workers who post ads on the site.

Our five testers unanimously concluded that, at least in its current state, Bedpage would not help anyone to find a legitimate and carefree hookup.

It will not cost you anything to look at posts on Bedpage. Posters, however, must pay to have their post appear on the site.

You can also choose to create a premium ad. This places your post in the premium section at the top of all other posts. This has a cost of $15 for a single city or $7.50 per city if you want to place your premium ad across multiple cities.

Users can also choose to appear as a sponsored ad. These appear as highlighted text boxes on the right-hand side of the post listings. These will vary in price depending on the city of your choosing. You need to contact the sales department of Bedpage to get an exact quote.