With a professional-looking welcome page and free full membership for women, BlackWink — on the surface — generates the impression of being a legitimate and worthy dating site. The question is — are looks deceiving? To get the answer to this question as well as in-depth detail regarding the user experience offered by BlackWink, read our following review. 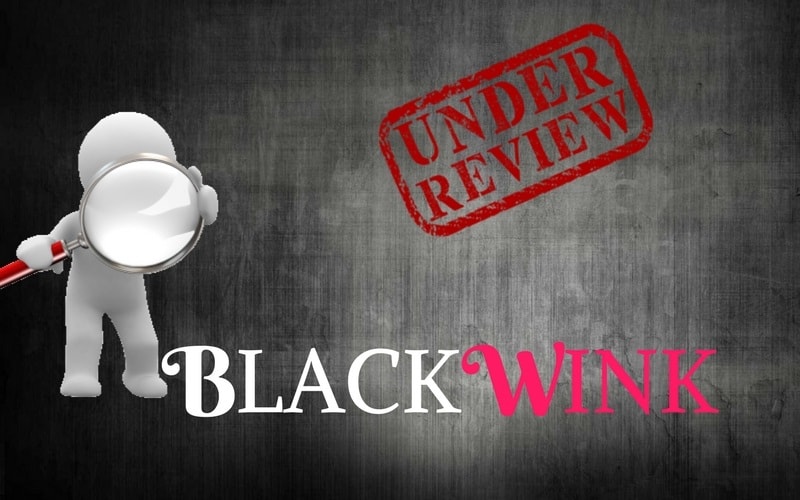 Based on what we saw during our testing, in our opinion, there is nothing redeeming about BlackWink.com. It is one of those dating sites that should be avoided.

We would rate BlackWink as AWFUL.

It saddens us when we come across a dating site for which we cannot come up with a single pro for joining. Unfortunately, such is the case with BlackWink.com. 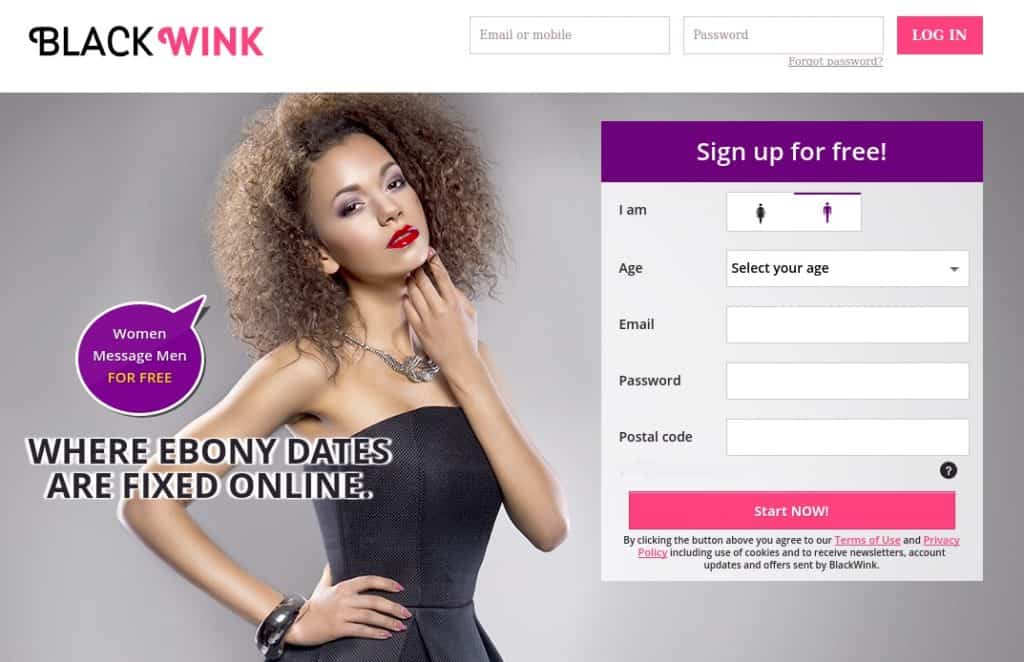 If you have been in search of an online dating site focusing on ethnic-specific dating, chances are that you have come across BlackWink.com. Using the tagline “Where ebony dates are fixed online,” this dating site presents itself as a legitimate option for those seeking to date African-Americans.

In terms of the aesthetics of the site — everything from its banner ads to its welcome page and the visual design of its platform looks crisp and professional. We dare say, in terms of appearance, BlackWink looks very inviting. Just by looking at it you would say to yourself, “there is no way on Earth that this site could possibly disappoint me.”

Unfortunately, the further you become involved with BlackWink, the more issues that you will encounter. 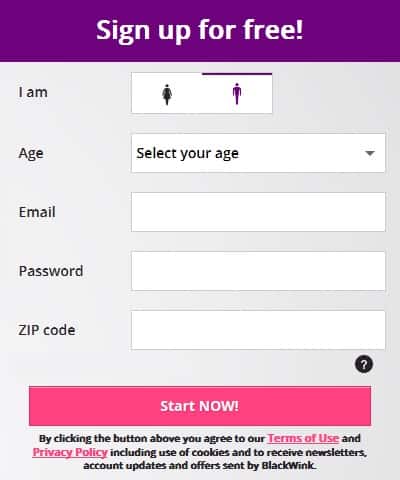 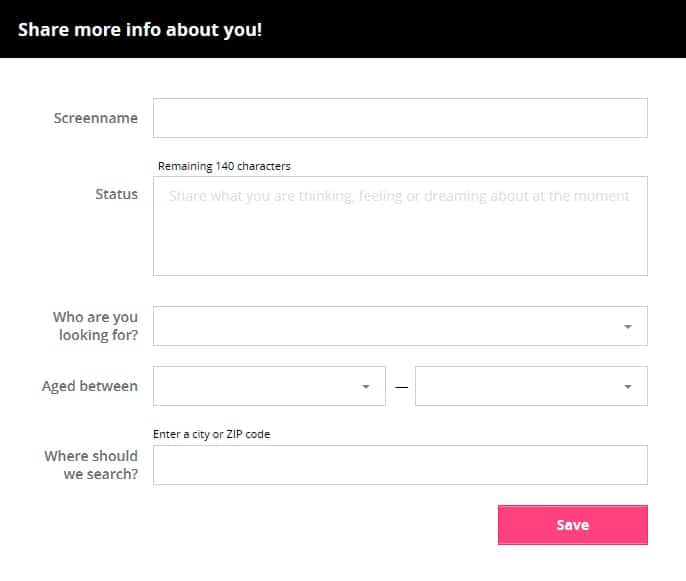 The first issue that our testers encountered with BlackWink involved its registration process. Even though the site is built on a popular dating site template, we encountered long delays each time that we attempted to register on BlackWink.

For testing purposes, a total of three accounts were opened. In order to reach that magic number of three, we had two make five attempts. Allow us to explain — as a prerequisite of the registration process on BlackWink, they send you a verification email to the address that you provide. In that email, there is a confirmation link that you must click on to activate your membership. Alternatively, you can choose to enter a numerical confirmation code that is also contained within the same email. The problem that we encountered was that the verification email only arrived without incident for one account. In two other attempts at registration, the verification email never arrived. On the remaining two accounts, it arrived nearly 36 hours after our original submission. Unlike other sites, on BlackWink if you do not confirm your registration you cannot access anything.

It is important to note that BlackWink does post a disclaimer in the registration box indicating that it may take a few minutes for the confirmation email to arrive. Unfortunately, in our case, it took way longer than that. So much so, that we are still waiting for the remaining two confirmation codes weeks later. 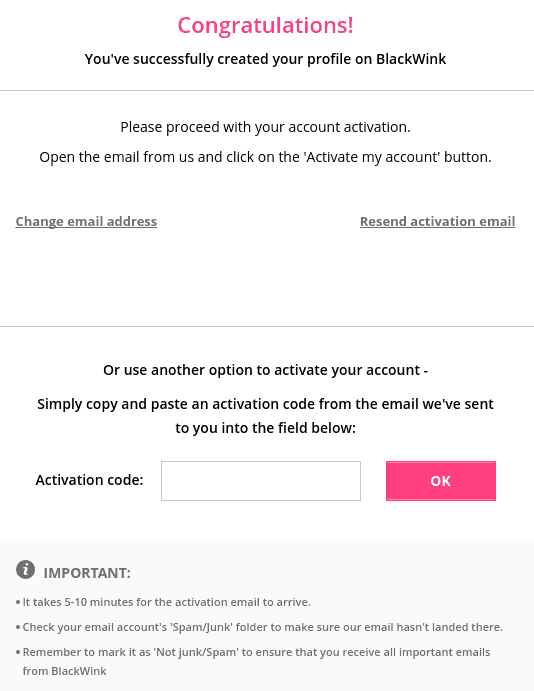 Aside from that, the registration process follows the standard fast-track method of registration.

When you join a dating site you are seeking to meet new people. You are not interested in chatting with automated messaging systems and chatbots. Neither are you interested in searching through what are commonly known as “fake profiles.”

When we took our initial perfunctory look at the user profiles on BlackWink, everything appeared normal. Even though the site that does not publicly disclose the gender ratio of its membership base, by perusing through the site’s profiles it appears to be well balanced between male and female members. However, if you were to adjust the ratio to remove the female profiles that do not belong to a real woman, suddenly that gender ratio becomes completely lopsided on the side of males.

We read through the terms of service of BlackWink. Within its clauses, it clearly states that they use what they refer to as “staff profiles.” They claim to do this in order to provide a more entertaining and fluid service to its users. They further state that the staff profiles can also be used for internal marketing purposes. What is worse, they also stipulate that they can use the profile images of members on BlackWink and its network of associated sites to generate these fake profiles.

This means that not only are you bombarded by automated messages coming from these fake profiles, but if a real woman were ever to register on the site, she has no protection whatsoever against her image being circulated on multiple sites backing these fake profiles. That is outrageous!

Another irritating use of fake profiles by the site comes in the form of email advertising being sent to your email of record. BlackWink sends you daily promotional emails, not only for its own services but also for third-party sites. That means that the email that you used to register will soon become full of ads promoting sex cam sites and other dating sites.

By this stage, you can rightfully conclude that we are not at all satisfied with BlackWink. Not only are fake profiles being used to lure men to upgrade to a premium subscription, but the safety of real female members is being severely compromised by taking the liberty of hijacking their images. In our opinion, this is absurd and displays a grotesque disregard for all of its users.

Even though we see no purpose in ever joining BlackWink, it is still important to review its features. Here too, BlackWink appears to take a path in which it displays the disregard that it has for the user experience. The feature-set offered by this site consists only of the basics. This means search, an email inbox, a text-based online chat module, and winks.

It is as if the operators of BlackWink took an off-the-shelf dating site package and simply slapped their logo on it. There is nothing original about their feature-set. 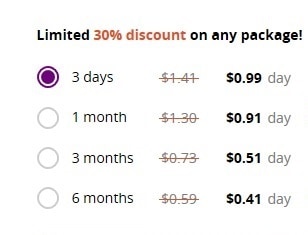 Hopefully, none of you will ever be tempted to pay for a full membership on BlackWink. However, if any of you do, here is how much it would cost you.

A one-month membership has a cost of $39. You can also choose to pay for three months in advance for a total of $65.70.  The six- month pacakge costs $106.20. BlackWink also offers a three-day temporary membership for $2.97. Upon reading the terms of service, we concluded that this three-day trial should be avoided. It is conditioned upon a very strict cancellation policy. This makes it almost impossible to avoid an automatic renewal under the full monthly price.