Thinking of using Hot or Not to find a date or a casual hookup? This review should clear up any questions you may have. 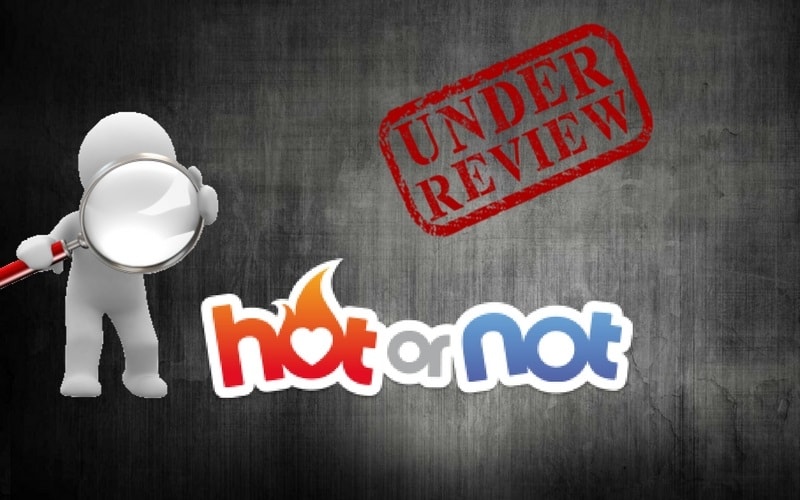 Hot or Not Review Results

Final Word on Hot or Not

A bit of nostalgia is always fun. In the case of HotorNot, it has been successful in making itself relevant again. However, this does not mean that it is an effective matchmaking tool. If you have some time to kill and you want to rate the attractiveness of strangers, fine. If you're curious to see who the hot people are wherever you happen to be at any given time — HotorNot will give you an idea. Just don't expect to find your future spouse or that hot hookup that will make your head spin for the night. For entertainment, we rate HotorNot as FAIR. When it comes to dating and hookups, we rate it as a FAIL What can we say, you win some and you lose some.

— In-Depth Hot or Not Review —

A long, long time ago — back when most millennials were still in their larval stage, there used to be a website known as HotorNot.com. This was a time before YouTube, before Facebook — before smartphones. Fire itself had only been discovered a few years earlier. Yes, it was an age of darkness and many technologies were wasted.

You see, back in 2000, HotorNot was the first website to become immensely popular offering a profile pic rating system. People would post their pics and strangers would rate them from one to ten for attractiveness. Like we said, those were ancient times — after hunting down wooly mammoths for dinner, people would huddle around HotorNot and rate strangers for no other purpose than it was possible to do so.

While we are being very tongue-in-cheek, the fact is that HotorNot has been around since 2000 and its influence on the dating industry has been immense. Some credit the concept of the popular swipe apps, such as Tinder, to have been inspired by HotorNot. Even YouTube and Facebook were inspired originally by the popularity of HotorNot. Soon after its original launch, the site did add a matchmaking feature — it was even purchased by the owners of AshleyMadison in 2008. Yet, after that, the site was eclipsed by more robust traditional dating sites and newer dating apps.

Recently, however, HotorNot has started a sort of rebirth. Whether it’s due to a series of modifications to its functionality, a bit of nostalgia, or a combination of both — HotorNot is becoming hot again.

Is this new buzz warranted? That’s what we wanted to find out and that is why we conducted this full HotorNot review.

For those of you that remember HotorNot from yesteryear — and for those of you just eager to try the latest online dating spot — here’s a rundown of the new version of HotorNot.

First, it is available as both a mobile app and a browser-based version. That means that you can access it on your iPhone, Android phone, Windows phone, or your old desktop.

Second, that “special sauce” that first made HotorNot a sensation 17 years ago is still around. In other words, users still rate the profile images of other members. Yes, it can be a bit unnerving. If you are self-conscious it can create needless stress. You can, however, also take it as constructive criticism. You can use the input of the HotorNot community to help you put your best face forward. Sort of like having 17 million friends that you can ask, “how do I look?” before going out. Yes, this is the best face we can put on this feature. To be honest, you’ll either love it or you’ll hate it — there’s no middle ground. It is, however, what drives the entire HotorNot universe.

The third and most significant change is actually a composite of changes. It affects the front-end aesthetic of the site/app and the back-end technology that powers it. The design has been updated, so there is no danger of facing early 2000s chic. It has a clean and easy to navigate design. The mobile apps are lightning fast. The browser version was equally as brisk across all major browsers such as Firefox and Chrome.

The matchmaking engine behind HotorNot is powered by the same rating system that is used to rate profiles. The app takes your current location and then displays the most “attractive” people that are nearest to you. By using the geo-location feature of your smartphone, the app updates this list in real time. Any guesses on what this list is called? Get ready — it’s called the “Hot List.” Okay, HotorNot doesn’t win any awards for originality in naming its features.

How big of a radius the app uses to serve you the list of “attractive” members in your area depends on where you are located. During our test, we found that when we were in densely populated areas this radius was as small as one-quarter of a mile. When we traveled to rural locations, it was as large as 50 miles!

Also, the more people in your immediate area, the tighter the spread in the top twenty results that you receive in terms of their attractiveness. As an example, during our test, when we were in a major urban setting everybody in the top 20 was rated an 8 or higher. In other areas, even though the search radius had automatically widened, some low 7s and high 6s were able to break through.

When you come across a profile that you are interested in, you can send that user a message or start an online chat if they are connected.

HotorNot allows you to register for their service by linking your Facebook profile, or by signing up with a valid email. The registration process takes a scant two minutes at most. 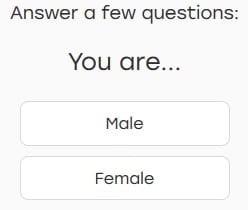 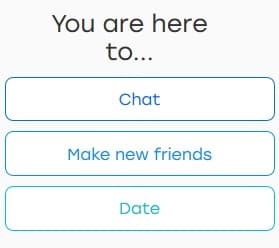 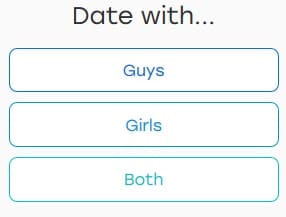 Some of you might be asking, “is that it?” In a nutshell, yes. However, before you start storming the exit doors, take a moment and reflect on the simplicity of HotorNot. It doesn’t require you to become too immersed in the fine details of building a profile — it depends entirely on the most fundamental element of matchmaking — physical attraction.

By no means is HotorNot ever going to challenge the in-depth personality driven sites that take matchmaking to the pinnacle of science and art. Then again, it’s not meant to do that. HotorNot is intended to bring fun, levity, and entertainment to the casual dating market.

Obviously, some of you will find HotorNot useless for your dating or hookup endeavors. If you want a dating app that provides you with precise results, that vets your potential matches, or that uses complex algos to generate compatibility, you will not find that with HotorNot.

If you are seeking a serious long-term relationship, this app is nor for you either. The user base of HotorNot is predominantly made up of younger people who are just using the app informally. During our testing, we engaged in many conversations, but none gave us the sense that they were interested in a real hookup. It’s basically an app to generate online engagement and to spend some idle time rating the looks of strangers.