We conducted a full review of the iPair app. In it, you will find the details of what our testers experienced when they joined the app. It should provide you with enough inside information so you can decide for yourself whether or not you should pair yourself with iPair. 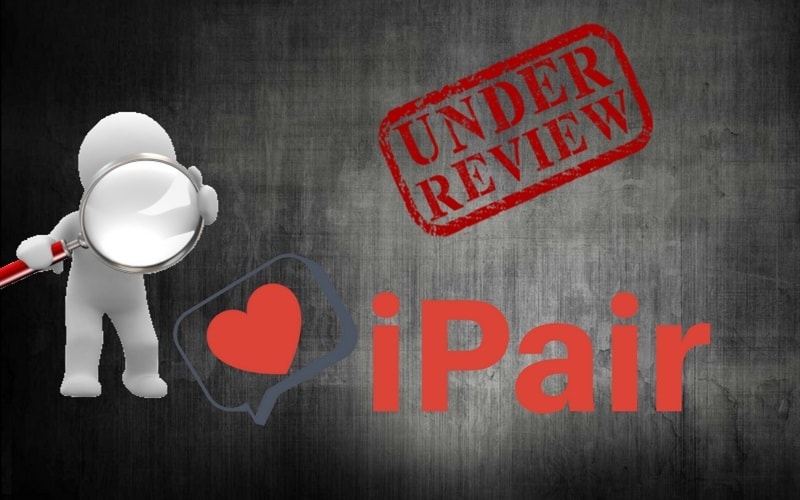 There is no other way to put it. iPair, in our opinion, is useless. In order to be a stress-free online dating app as they claim, you would have to avoid it. Otherwise, if you install and use it, all that you are going to find is stress and aggravation. What's worse, if you were to pay in order to use any of its functions you will also be out of money for nothing in return.

We would rate iPair as AWFUL and urge you to avoid it. 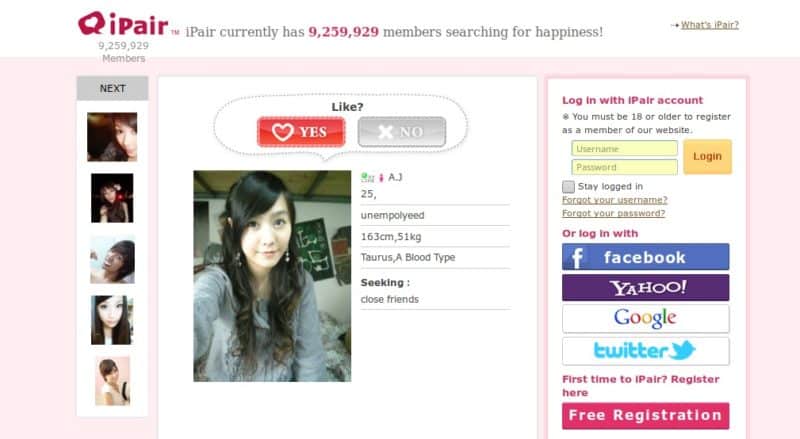 If you’re reading this, we assume that you are single or at the very least are living a single lifestyle even if you are not single. Don’t worry, we won’t tell anybody — nudge, nudge, wink, wink.

Whatever your personal situation, if you are currently looking for an online dating app, how would you react to one that advertises having over nine million registered users and that on top of that “removes the stress” out of finding a partner?

Yeah, we thought so. It would definitely grab your attention. Well, that is what iPair, an online dating app, claims in its promotional material.

Immediately, we have two questions. One, what exactly is stress-free online dating? Two, does it really work? Three, will it cost you anything? Okay, you caught us. That was three questions, but let’s move on, shall we?

iPair can be used on any desktop or laptop computer via your web browser. However, the user interface in the desktop version appears to have been neglected in terms of style, design, and updates. Our testers found it to be antiquated in its design and also slow and clunky in its performance.

The Android and iOS versions of iPair are more modern and do not have any negative technical issues. 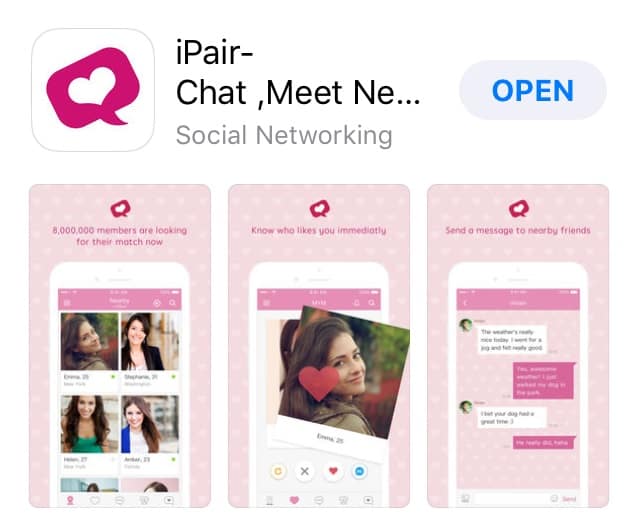 In terms of style and overall look, the mobile user interface for iPair is very similar to other online dating apps. It relies heavily on the color pink, though. So, unless you are allergic to the color pink, you should not have an issue with the mobile versions.

The features on iPair are fairly routine for a dating app in 2018. It does not have a complex matchmaking algorithm. It relies solely on a standard search engine that suggests matches to users based on similarities in the profiles of other users.

The suggested matches are presented to you in two features called “Meet Your Match” and “Nearby.” Both of these present to you suggested matches in a tiled mosaic consisting of other users profile images. If one happens to catch your eye, you can click on it and an expanded version of that user’s profile will open. The information in that profile is minimalistic. Profiles on iPair only require a user nickname, age, and location. There is an option to add your astrological sign and a brief “about me” text bio, but that is it. 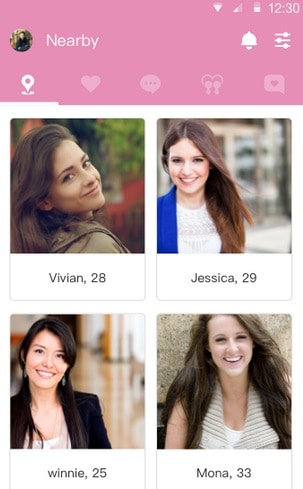 The “Nearby” feature is supposed to display those members who live within a predetermined radius of your location. Unfortunately, the default setting for this is 1,000+ kilometers. Changing this setting requires you to access your account settings. That you can do from the hamburger menu icon on the upper left corner of the screen.

From the profile page, you can send a like or a chat request to that particular user. Also, if they have additional images uploaded to their profile, you can gain access to their albums. It is important to note that if you wish to send someone a message, a pop-up screen will open indicating that you must be a VIP member or that you must pay “25 coins” for the privilege.

Yes, iPair is one of those apps that likes to lure you in with suggestions of free functionality only to slap you in the face once you are inside by informing you that in order to use their chat module you will have to pay. More on that later.

The remaining features on iPair consist of the “Who Viewed Me” and “Events” sections. The former is pretty self-explanatory. In that section, you will be able to see who has viewed your profile. Over the five days of our testing, every time our testers accessed the “Events” feature, the page was always blank. Supposedly, this is where you would be notified of events hosted by iPair for the purpose of allowing users to meet in person in a safe and controlled environment.

A total of four testers used iPair from four different locations in the United States and Canada. Even so, the “Events” section was always empty. Maybe the events were being scheduled on Antartica — who knows?

While joining iPair is free, if chatting to other members on the app is on your mind, you are going to require a paid monthly membership or you will have to pay as you go along using iPair’s internal currency known as iCoin.

What iPair calls a VIP monthly membership has a cost of $20.99. You can bring the average monthly cost down to $14.99 if you pay for six months in advance.

At this stage, we must share the unanimous opinion of our testers and editors regarding iPair with you. We found the app to be a complete waste of time. If you want to pay money for a membership, it would become not only a waste of time but also a waste of hard-earned money.

We don’t say such things lightly. Here are some of the things that ticked us off about iPair.

When you add to those experiences the fact that the app appears to be poorly translated into English in parts of its settings menu, it can create a very aggravating user experience.