Never had we seen a dating app that marketed itself as being slow. Yet, that is exactly what the Once app does. Unlike other dating apps that tout the speed with which you can find romance on their platforms, the Once app takes the opposite approach. The Once dating app serves its members one suggested match per 24-hour period. It actually calls itself the “slow dating app” in their marketing material.

Mind you, this one suggested match is supposedly hand-picked. That means that you are not relying on search engine metrics or automated algorithms to find romance.

While it sounds intriguing, does it really work? Read our Once app review to find out. 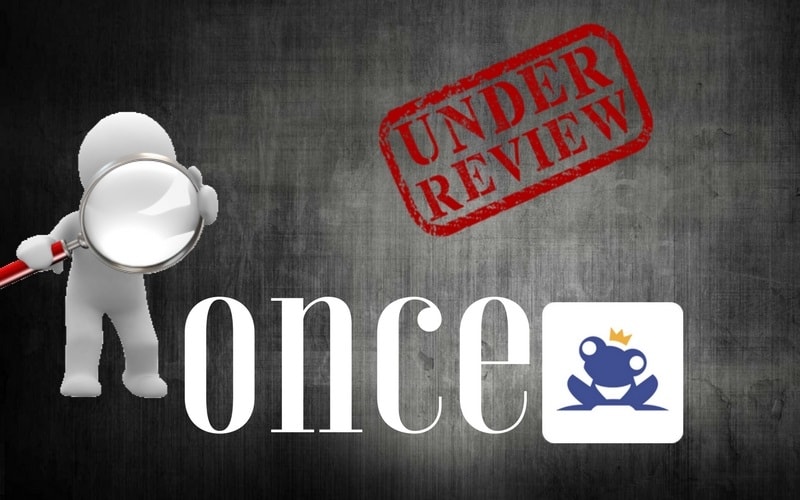 Final Word on ONCE App

Those on our staff that were skeptical about the Once app before we started the review ended up being impressed by it. While one suggested match per day sounds so slow, once you see it in action you'll be hooked.

We would rate the Once app as EXCELLENT.

As long as the quality of the suggested matches remains as good as it currently is, this app should have an interesting future.

Watch our video review on the Once app or continue scrolling to read more.

If you have ever used a dating or hookup app in the past, one thing that you will notice that they have in common is that they try to provide you with multiple options for prospective matches. Even dating sites that pride themselves on being selective in their matchmaking process, such as CoffeeMeetsBagel, offer up to 21 suggested matches per day.

The Once app breaks this mold. The app only provides its members with one prospective match per 24-hour period.

When we first heard of this new concept our opinions were evenly divided. Approximately half of the writing staff thought that it was a wonderful idea. Their point of view being that it would allow you the time to properly scrutinize each potential match. Basically, that it would wean you away from the instantaneous “Tinder-like” swiping mentality.

The other half thought it was absolutely silly. Their point of view was that you would quickly become bored or frustrated with receiving only one match per day.

To be honest, it was this polarization of opinions that made us want to conduct a full-scale review of Once.

The Once app is a mobile-only dating application. It is available for both iPhone and Android devices. There is no desktop browser version.

Its ratings on both the iTunes App Store and Google Play are impressive. Having been on both repositories since 2015, the Once app has an average rating of 4-stars on iTunes and 4.5-stars on Google Play. To give you a clearer picture of how well received it has been — on Google Play alone it has over 108,000 5-star reviews as of August 2017.

One piece of information that you must provide — regardless of your method of registration — is your phone number. An SMS verification code is sent to that number so there is no workaround.

After you receive and verify the SMS verification code, you can proceed to the second step of the registration process. This involves uploading a profile picture and answering a brief questionnaire regarding your personality, physical attributes, and what you seek in a dating partner. This questionnaire consists of 25 questions in total.

After you complete the questionnaire, you can upload a profile picture. You must then wait for your picture to be approved. During our testing, the average waiting time for this approval was just under one hour.

The most common reasons — according to Once — for a profile picture to be rejected are nudity, blurriness, inadequate lighting, or your face not appearing predominantly in the picture.

Once your profile picture has been approved, you are ready to begin with your Once experience.

We would strongly suggest that you turn on the push notifications on your phone for this app. Remember, you will only be receiving one suggested match per day. That means that you will not have to worry about receiving a constant stream of never-ending notifications. You won’t want to miss the once-a-day notification either — after all, it could be your soulmate. To paraphrase Sean Connery in “The Hunt for Red October” — you get “one ping, one ping only.” (We hope that you used your best Scotsman playing a Ukraninan in the Soviet Navy accent on that line.)

We know what you’re thinking. Considering that you are presented with only one match suggestion per day, that profile had better be as compatible as peanut butter and jelly.

During our testing, we were genuinely impressed by the high-level of compatibility of each daily suggestion. ONCE claims that the matchmaking process involves human curation on their part. Whether that is true or just a marketing gimmick, we have no way of confirming it. However, based on the quality of the matches, no matter how they do it — it works.

— Engagement with Other Users —

The only way to engage with another user is if the both of you mutually liked each other’s profiles. When that happens, the online chat feature is opened for the both of you.

The Once app is genuinely free to use without limitations. There is, however, a way to obtain additional functionality. This involves purchasing online credits that Once calls “Crowns.”

A block of five Crowns will cost you $4.99. With one Crown you can purchase the right to manually select your own daily match suggestion from a list of prospective matches. One Crown will also buy you the right to go back in time and send a message to a suggested match that you had passed on before. You can lower the average price per Crown by purchasing a block of 30 for $24.99.

You also have the option of choosing the “Once Infinite” monthly membership. This allows you to make unlimited use of the special features for one full month. This has a cost of $19.99.

Based on our testing, we would suggest that you start off by purchasing a five-Crown pack. The reason being that the free version is so good, that you may find that you don’t need the additional features.