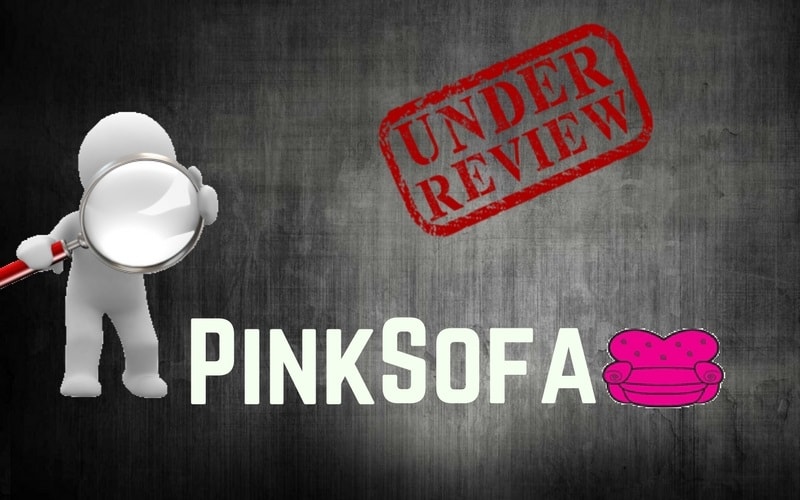 PinkSofa has been able to remain a relevant voice in the lesbian dating and relationship scene for nearly two decades. Its focus on community is its preeminent attribute. So much so that we consider it to be the best in community building for its niche. Its traditional dating site features are on par with other sites, they are useful and functional, just don't expect to be wowed by them. The community will be what will wow you.

We rate PinkSofa as EXCELLENT in terms of community and AVERAGE in features. Just one thing on our wish list — mobile apps, please! 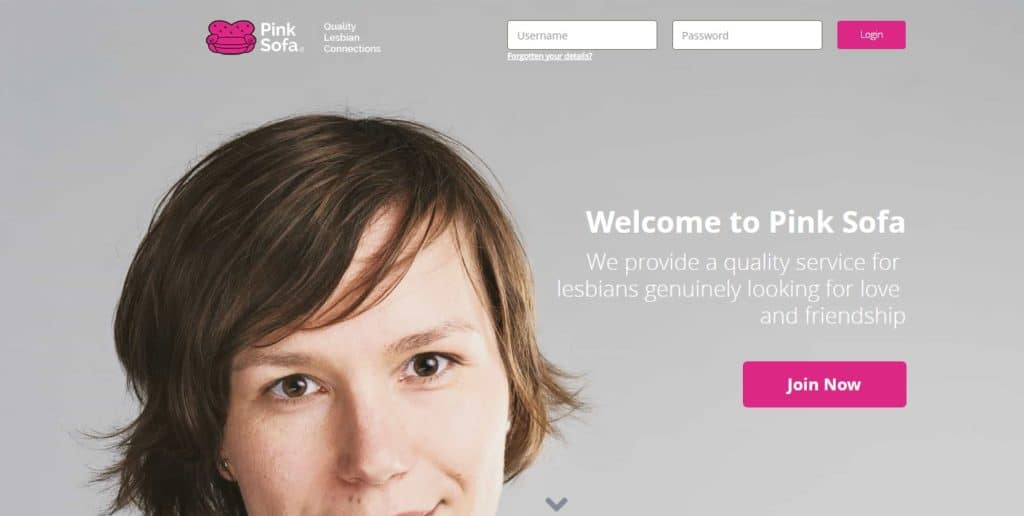 PinkSofa was launched in the year 2000. From the beginning, its main purpose was to be more than just an ordinary dating website. It was conceptualized and designed as something larger — a real community.

This was the need that Liz James, the founder of PinkSofa, sought to fill. Everything about the site was established to provide that sound sense of community. PinkSofa’s tagline, “Love, Friends and Community,” says it all.

Well into its second decade of operation PinkSofa is still seen as a true jewel by the community it serves. Although the fact that it barely has half a million members is often cited by competitors as a sign of weakness, PinkSofa defends itself by stating that the figure represents real members that are active and engaged on the site on a daily or weekly basis. In other words, the figure represents genuine interaction, not just how many people register and then bounce off for all eternity.

One thing that was always true about PinkSofa in the past was that it always had a look and feel that was warm, inviting and welcoming. Visually it soothed you. In its written content, it elated you with a style that echoed with warmth and personality. In short, it made you want to join, to participate, to become involved. It made searching for love and friendship not only worthwhile for the obvious reasons, but it also made it fun and interesting. It elevated lesbian dating to a mature and realistic endeavor. There was no objectification, no overt sexualization of the community. It was comfortable. We are happy to report that in 2017 that tradition continues. The site is as warm and welcoming today as it has been in the past.

Online dating site technology has taken enormous leaps since the year 2000. PinkSofa has kept pace offering its members a modern user experience while simultaneously not overwhelming them with ever-changing options and technological gimmickry.

PinkSofa offers a clean and tidy design that is easy to navigate on a desktop browser. Allow us to re-emphasize — desktop browser. We took issue with the fact that it does not have a native app for either the iPhone or Android. The only way to access PinkSofa on a phone is through your phone’s browser. PinkSofa doesn’t even have a responsive theme for its site. You need to use the mobile version — you know, those sites that start with “m” — such as m.pinksofa.com.

The result is a mobile experience that varies tremendously from phone to phone. Attempting to access the communication functions of the site generated multiple crashes during our testing. It seems incredulous to us that in 2017 a site as thorough and renowned as PinkSofa does not have a native mobile app.

The actual matchmaking features on PinkSofa have remained constant. There is a search function that can handle simple as well as advanced searches. We discovered that in the current version of PinkSofa you can now save the search criteria used in one search to use as a template for subsequent searches.

The communication suite on the site offers instant messaging and internal email messaging. Within the instant messaging module, we were pleased to discover that there are now options to use video and voice chat in your conversations. This greatly enhances the quality of the communication and the overall user experience unless you are are using PinkSofa’s mobile version. We must reiterate how frustrating it is that the lack of an app renders the mobile use of the messaging platform practically useless.

— The Forums and Community —

What always made PinkSofa special was the sense of engagement and community that its forums provided to its users. We were pleased to find that the site now has over 100 forums full of interesting threads. These forums are great places to get advice on coming out, relationship advice and a multitude of other topics.

The “ChitChat” feature is a unique and dynamic tool that all of our testers were in agreement about — it is fantastic. It allows members to wander in on a continuously open conversation. It creates an interesting but pressure-free vibe. It’s akin to a 24-hour lounge that always has something interesting going on. It is an unscripted and care-free way to meet women and establish friendships and potential future matches. Two of our testers proclaimed that they felt that the ChitChat feature was more conducive to meeting a potential partner than the traditional matchmaking search engine.

Again, it is the community features (forums and ChitChat) that give PinkSofa a real edge even while its more traditional features do not surpass the “average” level.

PinkSofa has a free version that allows you to have a profile and view the full profiles of other members. However, it does not allow you to send or reply to messages. A premium version opens up all of the site’s features and allows you to conduct advanced searches. The monthly cost for the premium membership is $30. You can also opt to purchase a yearly membership for $120.