With past generations, some of the steamiest relationship buzz that circulated involved the topic of sex before marriage. Of course, the majority of people engaged in it even though the official societal posture was against it. This resulted in most people hiding the fact that they engaged in what your grandmother might call, “prenuptial hanky-panky.” Some folks were compelled to take hypocritical public stances in order to save face while being some of the wildest and freakiest players out there. 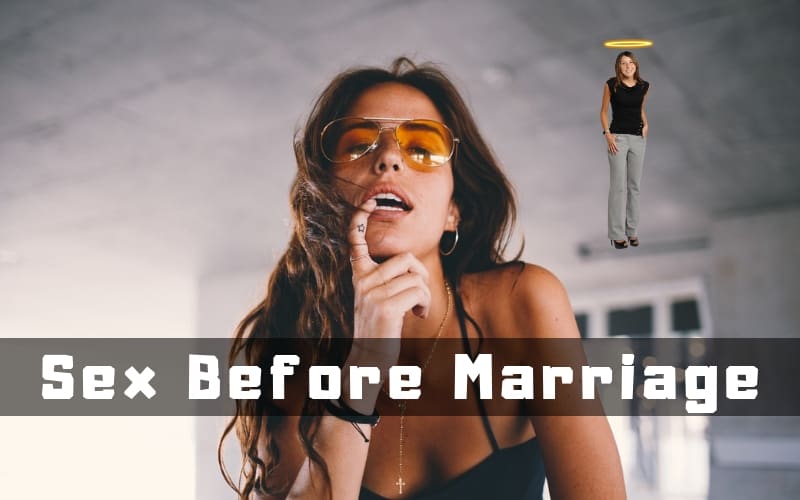 Flash forward to the present and pre-marital sex no longer carries the stigma of the past. In essence, it has been normalized. However, peer criticism for engaging in sexual activity outside of a formal relationship structure still exists. While the occasional one-night stand is not seen as something shameful or out of the ordinary, men and women who actively seek out casual sex without displaying any interest in finding someone for a long-term commitment are still the recipients of criticism from friends, family, and society in general.

Being the recipient of negative comments from others is never pleasant, but one should never lose sight of the fact that the comments and opinions of others should only carry the weight that you want them to have. In other words, if you are happy with the way that you live your life what others have to say about it should have no bearing.

As near as 2003, a study on relationships and sexual behavior conducted by the Technological Institute of Monterey indicated that over 70 percent of those under the age of 25 who were surveyed viewed the concept of habitually engaging in sex outside of a dating relationship as a negative trait. Those who disapproved of the practice increased with age. Unsurprisingly, those in the 45+ age demographic held the highest disapproval figure with 89 percent finding the practice unseemly.

Just 15 years later, similar studies conducted in 2018 showed that sex before dating is no longer seen as negatively as it was in 2003. While the majority of those over the age of 45 still view it in a bad light — 63 percent, to be exact — those below the age of 35 are now more accepting of the practice. The 18-35 age group in the aggregate now seem to view sex before dating positively — 53 percent describe it as acceptable behavior. When you focus exclusively on the 25 and under age group, the level of acceptance jumps to 78 percent. That is an amazing shift in opinion.

— How Is Sex Before Dating Being Defined? —

A contributing factor to the ongoing shift in public opinion on the subject of sex before dating is that the practice is now being defined more fairly. In the past what we would now call sex before dating was simply seen as “sleeping around.” Men who engaged in it were seen as “players,” women as “floozies.”

Today, especially among those who are starting to enter the dating pool, sex before dating is seen through a more pragmatic lens. Sex before dating is not seen as an impulsive and irresponsible act practiced only by those who wish to skirt commitment. It is increasingly being seen as a responsible way to fulfill one’s physical needs while also having an opportunity to gauge the sexual compatibility that one has with potential longer-term partners.

The pace of acceptance of sex with different partners before a dating relationship is initiated is mirroring the path of acceptance that sex before marriage took a few decades ago. Younger adults are accepting the realities of human sexuality and taking into consideration the high instances of failed marriages and relationships that many grew up witnessing firsthand. In turn, they are using this knowledge to follow healthier and more constructive paths when it comes to their relationships and their sexuality.

Sex before dating is even beginning to be seen as a badge of responsibility. It is increasingly common for single people who have overwhelming commitments to their career or education to seek out casual partners for hookups by joining various casual encounter apps and sites. Modern online hookup platforms are not digital versions of the brick-and-mortar sleazy pickup joints of yesteryear. Many are sophisticated portals offering an excellent user experience designed to bring honest and open-minded adults together. They are not platforms where users congregate to lie and string people along in the hopes of sleeping with them. They are places where adults can be honest about their sexual needs and desires while also being honest about not wanting any long-term commitments. People can meet, enjoy a sexual moment, and then resume their lives free of guilt or burdens.

When two adults honest about what they want get together, it is never a bad thing. Whether this coming together involves a life-long marriage, a long-term and exclusive dating relationship, or a no-strings-attached one-night encounter — it should not make a difference.

When practiced for the right reasons and responsibly, sex before dating can be a good thing. You should never feel trapped into starting a relationship just to enjoy your sexuality. You shouldn’t feel burdened to adhere to arcane rules about how many dates you should go on with someone before it’s ”okay” to sleep with them. As responsible adults, you should be able to enter into any mutually satisfying encounter that you wish to with another adult as long as its consensual.

As sex before dating enters its phase of acceptance and normalcy by society at large, we will likely see the number of long-term relationships and marriages which can be identified as happy and successful increase. By freeing single people from having to enter into commitments in order to enjoy themselves it will mean that when they do enter into a committed relationship it will be due to a collection of meaningful reasons — not just sex. Thus, relationships will be more genuine and solid.

If you ask us, this prospect sounds pretty good.