Over the past two years, one of the fastest growing social networks used for dating and hookups has been Tagged.com. Originally intended as a social network for teenagers, it has evolved into a quasi-dating platform. Complaints about its performance and spamming are numerous, but so too are the voices praising it.

The environment on Tagged is definitely lively. However, is it for everybody? Can you really find compatible partners for long-term relationships? How about for hookups? Is it safe? Is it reliable?

All of these questions and more are answered in the following Tagged.com review. 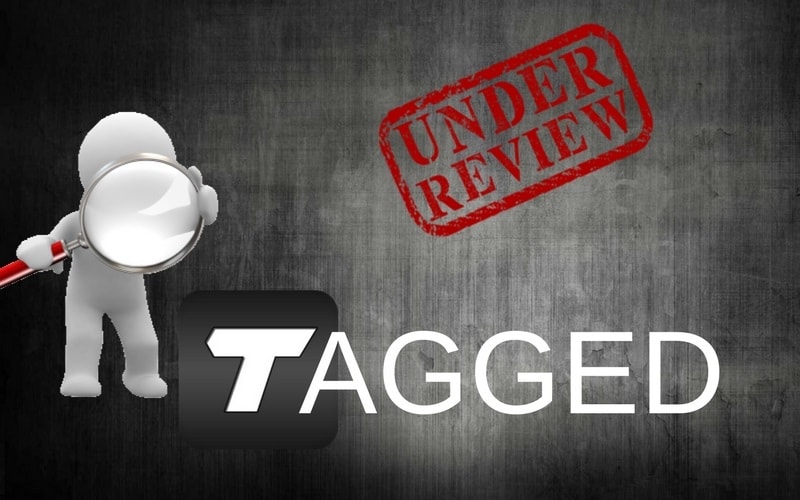 We found Tagged to be unwieldy, unorganized, and just a little bit creepy. Trying to be both a social network and a dating platform — at least the way Tagged is doing it — doesn't seem to be working. Paying for a VIP membership for such a site seems ludicrous to us.

We would rate Tagged as POOR.

If you want to have a good online dating experience, it's probably better to stick to sites that focus solely on that service. 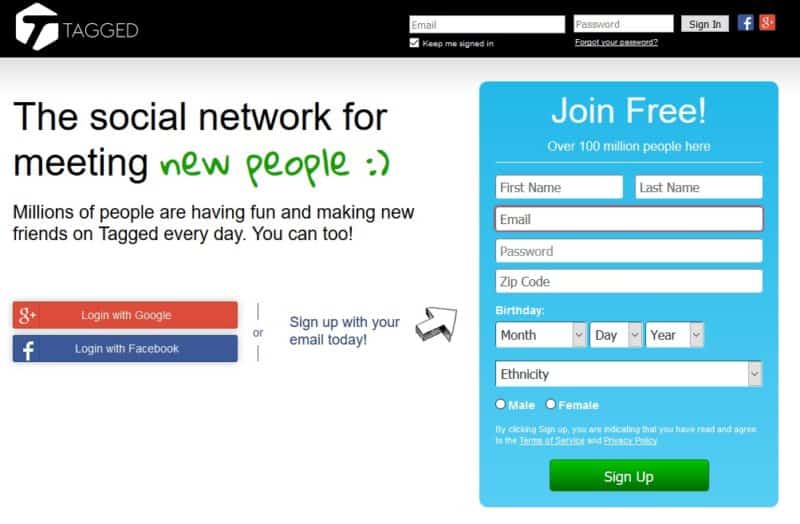 When you first visit Tagged.com you might be confused or overwhelmed by its appearance. It may be helpful to understand Tagged better if you knew a little bit about its past. Originally launched in 2004, it was intended for users under the age of 18. Quite literally Tagged was targeting social interactions between junior and senior high schoolers. In 2006, Tagged started allowing everybody to join, regardless of age. Today, the membership demographics of the site indicate that over 60 percent of users are between the ages of 30 and 49. Obviously, it is no longer a teen site. However, many of the original features aimed at a younger audience persist. It is as if Tagged is trying to be both a teen social network and a dating discovery app for adults. An incongruent mixture if ever we saw one.

An example of this is the social network type of aesthetic used on the site. To us, it is akin to a hybrid between Facebook and what Friendster looked like decades ago. Also, the integration of online social games on the platform reinforces its appearance as a social network aimed at younger people, not a dating platform.

Regardless of its look, Tagged has steadily grown in popularity as a resource for meeting people for dating and hookups. We’ll be honest, at first glance, it would never occur to us to use Tagged for this purpose. Honestly, it seems creepy to do so. Nevertheless, since a significant number of people are doing so it seemed appropriate for us to review it through an online dating perspective.

Tagged is available for desktop and mobile. The desktop version is easily accessible from any browser. There are also native apps for iPhone and Android devices. Between the iTunes App Store and Google Play, the Tagged app has been downloaded nearly 2 million times. In both repositories, it has an average rating of four-stars as of August 2017.

During our testing, we encountered some slight sluggishness in the Android version. While it did not freeze, it did make for substantially slower navigation compared to the iPhone app.

Users that download the mobile app and who wish to register from their phone can do so following the same steps outlined above for desktop registration.

Immediately after registering, tagged redirects you to a screen from which you can invite your friends from various platforms — such as a Gmail, Yahoo, Outlook, etc. — to join Tagged. In the mobile app version, it is quite easy to accidentally initiate this process. You should be careful because if you do, you will be sending email invitations to your contacts on those platforms. This may be the reason why there are so many complaints posted online about “unwanted spam” being sent to your contacts.

On both the desktop and mobile platform, Tagged will remain connected by default unless you specifically sign out.

Tagged utilizes your location information to determine the best profiles to display on your home screen. During our testing, however, whatever mechanism they were using for this selection wasn’t working so well. Over half of the profiles appearing on the front page of the member’s area where from people thousands of miles away from us — some of them on the other side of the world.

Also, some of the age ranges of those member profiles were — how can we phrase this? — uncomfortable. Due to the social network model used by the site, it was not uncommon to find profiles of members under the age of 18 on our home screens. As all of our testers proclaimed, “that was way too creepy.”

There are two people discovery features on Tagged. The first one is the list of profiles that are supposed to be from your immediate area that is presented on your home screen. The second discovery feature follows the swiping model. In that feature, you are shown a series of profiles which you must either swipe right to like or swipe left to pass. If both members swipe right, a communication link is established between both numbers. Unfortunately, the same problem that plagued the “who is nearby” feature also plagued the swiping feature. During our tests, approximately half of the members shown to our testers were from areas too distant from their location. No matter how many times we fiddled with the profile settings, this problem persisted. It occurred on both mobile and desktop. 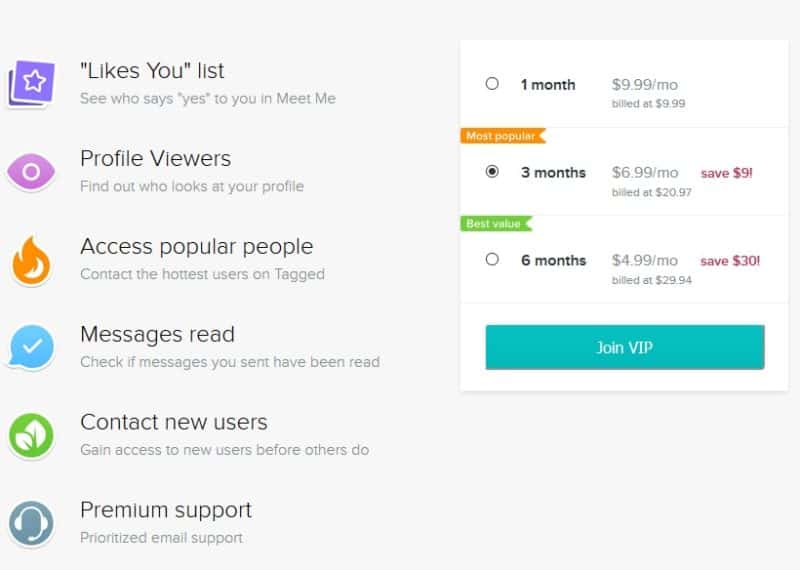 The free version of Tagged limits your ability to initiate conversations with other members. In order to get full communication functionality, you must purchase a VIP membership. This has a cost of $9.99 per month. This VIP membership also allows you to see who has seen your profile, as well as allowing you to check if your messages have been read. Tagged also alludes to an upcoming VIP feature which is supposed to filter other members’ profiles based on attractiveness. No details are given as to how that feature is supposed to work or when it will be released.