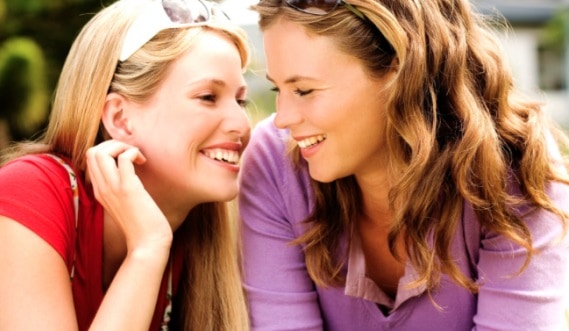 As a modern woman living in the early part of the 21st-century, I consider myself lucky. At least in the Western world, never have I been freer to live my life the way I choose, to explore my sexuality freely and without the compulsion of outside forces. It is for this reason, perhaps, that an increasing number of women are opening up to the idea of a bisexual encounter. Being bi-curious is more commonplace than many people think. In fact, some behavioral studies indicate that as many as 75 percent of women have, at least once, considered the thought or fantasy of being with another woman. Of course, the number of women that actually involve themselves with a same-sex encounter is lower. Even so, surveys indicate that anywhere from 17 to 30 percent of all women engage in at least one same-sex encounter in their lifetime.

Even though such encounters are becoming much more mainstream than they ever were in the past, a bisexual encounter for a woman can still be a topic that causes doubt or uncertainty. The following six tips for bi-curious women will go a long way in clearing many of the doubts and removing some of the worries that women feel before having their first girl-on-girl fling.

1. Be Honest About Being Bi-Curious

After you are honest with yourself about wanting to explore your sexuality with another woman, you should embark on a path that carries with it the same level of honesty to your potential partners. In other words, be upfront about being bi-curious with potential partners. Do not try to pass yourself off as an experienced bisexual woman that has been involved in multiple same-sex relationships. More importantly, don’t try to pass yourself off as being lesbian.

You will find that basing a same-sex encounter — especially if it is your first — on a lie will not turn out well. There are many reasons for this, but principally it is due to the fact that lying about the true nature of your sexuality is disrespectful to your partner. How can you expect to experience great sex if you start out by dissing your partner, right?

I am hard-pressed to think of an example of when being drunk helps in a situation that involves sex. When it comes to your first same-sex encounter, excessive consumption of alcohol should NOT be involved. Mind you, that doesn’t mean that a few (keyword there is FEW) drinks cannot be involved to stimulate the mood or calm a few nerves. That being said, however, being flat-ass plastered is entirely out of the question.

First, you must be sober enough to properly consent to the encounter. Second, you want to enjoy the experience. Believe me, your first same-sex encounter carries with it many nuances and connotations that will transcend into fabulous long-term memories. You will not want alcohol to dull those memories. Also, let’s be honest — you are much better, hotter and sexier when you are sober than when you are drunk.

Many women believe that a same-sex encounter happens spontaneously. That it is an all or nothing affair. The reality is that same-sex encounters among women can happen in a variety of ways. Yes, some encounters do happen spontaneously — perhaps following a night of clubbing or while spending the night at your friend’s house. There are, however, slower avenues toward the same end. There is nothing wrong with allowing yourself to be seduced by a more experienced bisexual or lesbian woman. You will find that a woman as your seductress can be more intense and satisfying than when a man seduces you. Also, don’t fear taking small steps toward your desire. Like the Katy Perry song taught us, there is nothing wrong with kissing a girl and liking it. If anything, that will validate your true desire to be with another woman and makes taking the next step easier.

4. Explore the World of Online Dating

With the proliferation of online dating, using reputable online dating sites and apps to find a same-sex encounter is quite common. In fact, engaging with potential same-sex partners online prior to actually engaging in anything physical can help you establish if you are really bi-curious and remove some of the stress from your first real encounter.

The simple act of engaging in online conversation with another woman that has expressed an interest in being with you can be quite powerful. It might sound intimidating, but I can tell you from direct experience that it is also quite empowering. You begin to develop a sense of acceptance. That goes a long way in boosting your confidence for when the real day arrives.

Of course, choose a dating app that ensures your privacy and security. Follow all of the normal rules for meeting anyone that you met online. Meet in a public place and let at least one trusted friend know where you are and at what time you should be back.

5. Not All Women Will Be an Ideal Lover

We all hear sayings such as “nobody knows a woman’s body better than another woman.” Sayings such as that sound suave and impressive, but don’t necessarily have a place when you’re considering your first same-sex encounter. Remember, sex — be it with a man or another woman — is about the physical coupling of two INDIVIDUALS. Guess what, some people are just better lovers than others — regardless of gender. It’s quite possible that your first same-sex experience, although enjoyable, doesn’t turn into the mind-blowing fireworks show that you experienced in your private fantasies. Don’t sweat it, as long as you found the experience pleasurable on a larger context, eventually, you will find the right woman that will “send you to a new dimension of pleasure.”

6. Yes, There Is a Learning Curve

During your first same-sex experience, do not feel pressured to perform specific sex acts a specific way. For many bi-curious women, the first time that they come “face to face” with having to perform oral sex on another woman — no matter how much the idea of it turned them on in their fantasies— in the flesh, they sometimes balk at it. This is why it is best to be with another woman that is mindful of your nervousness.

The important thing is to relax and view your bisexual exploration as a long-term project. If you enjoy the experience, with time you will develop and improve the skills required to satisfy the women that you are with. Yes, there is a learning curve involved in pleasing another woman, but it is one of the most enjoyable learning curves that you will ever experience.

If you are a woman that is genuinely bi-curious, your first step should NOT be to set any timeline for your exploration. It should follow its own pace. Some women will follow a fast-track approach. From the moment that they admit to themselves that they want to explore that side of themselves, they will be actively seeking the perfect woman for their first encounter. For others, the pace will be more leisurely. Their search will be more passive. It may take the form of waiting until another woman makes the first move. Either case is fine — when it comes to same-sex encounters you should always follow your own pace.

Now, if you are a man and you have read this far — what a perv! No, just kidding. I am certain you read this deeply into the article purely out of an academic curiosity regarding human sexuality; the idea of two women being together had no influence on your reading.