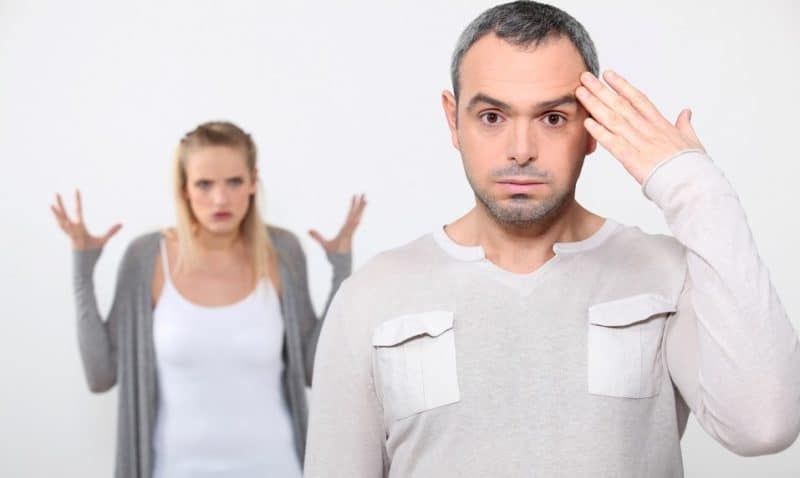 For men, understanding women can seem like a lifelong quest — one which has no clear direction or destination. However, the reality of the situation is quite different. In fact, the key to understanding women rests with recognizing that men and women use a slightly different perspective in looking at and interacting with the world that they both share.

The differences rest on how each gender executes communication differently and defines certainty with different metrics. Being aware of the fundamental and nuanced differences between the sexes is the key to understanding women. You see, it’s really not a quest — the key has always been within your grasp. To make things clearer, here are five things that every man should know to understand women.

1. Communication Is a Multi-Faceted Process
Women view communication as a process. In other words, to a woman, communication is not simply a means to inform another person about facts, thoughts, and ideas — it is also a means to share, express and gauge feelings. This is why a conversation with a woman can take longer and meander through different topics.

Instead of being frustrated by this, or worse, brushing it off as “women being women,” men should realize why this is. When a woman is engaging in what to a man is a meandering or “gossipy” conversation, she, in fact, is recollecting insight on him and the others that she is talking to at that moment.

While men tend to measure other people by their direct actions, women measure people not just by their actions, but also by how and what they share, how they feel about their passions and how they empathize. As such, the need to be “talky,” as some men probably describe women, is not some frivolous social gesture — it’s in fact, a genuine technique used to get strong insight about those around her. Information that a woman will then consciously and subconsciously use in key decision making.

2. Emotions Are Key in Direct Communication
Not only is the purpose of communication different for a woman, but so too is the method of communication. Men often become frustrated or confused when a woman interjects emotion into a direct conversation. Some men view it as cheap hysterics, others as a sign of weakness, while others simply get disconnected by the whole thing.

What men should be aware of is that women incorporate emotions directly into their communication as a purposeful function, not just a stylized technique. Men may talk about emotions, even do their best to express their emotions — women, however, communicate with their emotions. Therefore, the sooner a man understands this, the sooner he will be able to better understand women.

When a woman predicates a statement with “I feel,” she is not necessarily trying to focus on her own feeling on the subject, rather she is trying to communicate her thought process on the topic that is being discussed. Men often find that difficult or confusing to navigate. Men see it as if the woman’s decision-making abilities are clouded by emotion and try to put off the conversation for another time. That is a mistake.

Men should always keep in mind that women have the ability to communicate directly with emotion, they do not simply use emotion in an expressive capacity.

If men understood this key difference properly it would save them many stressful moments. Take as an example the complaint by men that women tend to be more “indecisive” than men. Knowing the path that women follow to reach certainty makes it easy to understand that women are not being indecisive when they take longer to reach a decision. Rather, a woman has much more data to analyze before she reaches her conclusion. While this may be frustrating to men, it should never be misconstrued as indecision on the part of the woman.

4. Why We Pass Up on “Nice Guys”
Another way to frame this is “why we fall for bad boys.” Men often have the misconception that women are seeking solely a man that is gentle, understanding, a good listener and empathetic. While all of those traits are top on the list, women also want a man that is confident and willing to take action. The problem with the stereotyped “nice guy” image is that it also includes personal insecurity. The “nice guy” is often filled with self-doubt, doesn’t take initiative, and is too willing to modify who he really is simply to meet another person’s expectations.

That means that no matter how ideal 90 percent of a nice guy’s attributes may be, the personal insecurity, self-doubt and personality flimsiness is what breaks the deal. Especially when younger, women will navigate to a man that displays greater confidence, even though he may be a “bad boy.” The nice guy then becomes relegated to friend status.

Women would prefer a man with the nice guy attributes of empathy and understanding combined with the self-confidence and action of the bad boy. In other words, even if you are not the physically strongest, nor the classically handsomest — we will be drawn to you IF you display confidence.

5. Need for Reassurance Is NOT a Sign of Weakness
Sometimes women attempt to cover up their need to be reassured. This is likely due to them not wanting to be seen as weak or needy. However, there is a reason why women require more verbal reassurance than men and it has nothing to do with weakness.

It comes back to the way that women arrive at certainty. Since women base their certainty more on communication rather than direct actions, it is only logical that they require more frequent verbal reassurances as to how well things are going.

A man will have his level of certainty plummet immediately after making a mistake or when something he did failed to perform as expected. Those are the moments that men need the most reassurance. Women, on the other hand, require reassurance throughout the trajectory of the execution of an action. Their need for reassurance is more related to how all of the ancillary elements of an action will also come out alright.

Understanding the differences in how men and women require reassurance is essential to being a more responsive partner and fundamental in not marginalizing the needs of your partner.

— Conclusion: Understanding Women is About Recognizing the Differences —

We are all homo sapiens. Being of the same species the vast majority of our behavior and physiological and psychological processes will be the same. The differences that occur due to gender are small when placed in that context. These differences should never be allowed to overwhelm you, nor should they be taken as mysteries beyond the realm of understanding.

Hopefully, these insights will aid you in understanding women — not by applying puzzle-solving skills — rather by seeing that the majority of the differences are simply different perspectives of the same world. If only one thing from this article resonates with you, let it be that women are communication-based, while men are action based.