Before you head on over to VeggieDate.org directly, we suggest you take a few minutes and read our latest review of the site. It is filled with insider details as to how VeggieDate works and what you can realistically expect from it. We strongly suggest you give it a good read. 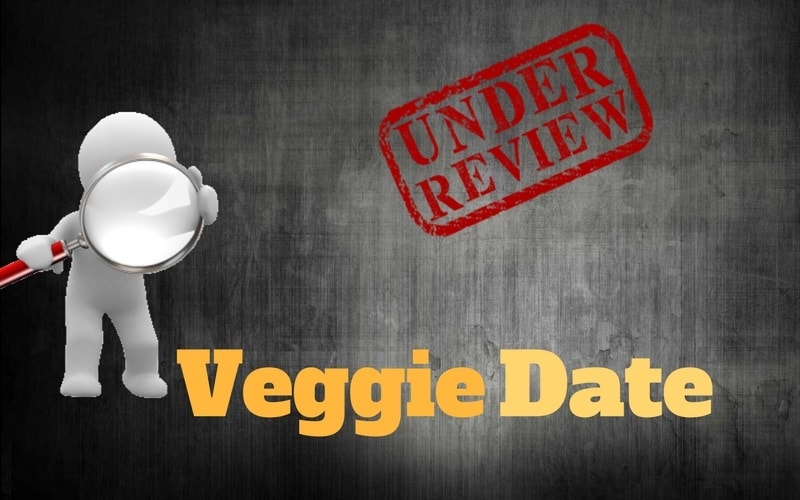 Having an online dating site that revolves around a lifestyle niche such as VeggieDate has with the vegan lifestyle is a good thing. Unfortunately, the site's lack of modernization makes it an archaic platform. That, in turn, contributes to the very small amount of active traffic that it has. That, unfortunately, creates a terrible user experience.

Taking into consideration that there are other dating sites that focus on the vegan lifestyle that have larger traffic volumes and that have modern user interfaces, we see no effective reason to recommend using VeggieDate. If at some point in the future it were to completely restructure and modernize its platform, VeggieDate may become a worthy dating site.

Unfortunately, in its current state, we must rate VeggieDate as POOR.

Are you a vegetarian? Do you consider yourself to be a vegan? If so, and you currently happen to be seeking to start a new relationship, a dating site that has been around since 1999, VeggieDate.org, might be of interest to you.

VeggieDate.org was founded on the principle that two adults with similar outlooks for life and equally similar lifestyle choices would have a better chance of having a successful relationship. If you agree with that notion, then VeggieDate might have something to offer you.

— The 90s Called, They Want Their Design Back — 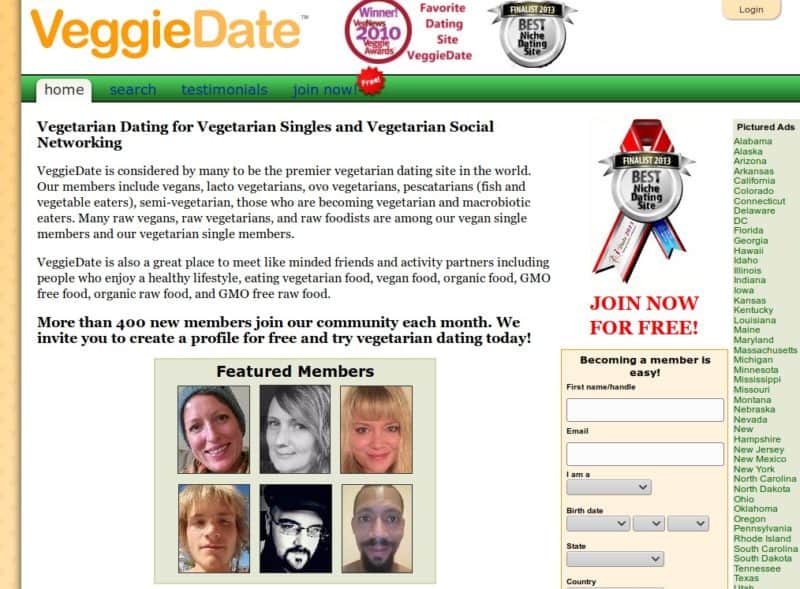 Now approaching its 20th anniversary, the look, structure, and interface of VeggieDate.org seem to be stuck in the year that it was first launched — 1999. To be honest, the look appears even older.

The navigation, the color scheme, the clunky and limited features, the HTML form templates used during registration — everything about VeggieDate reeks of the mid-1990s. Even if you do not consider yourself to be a critical person when it comes to website aesthetics, there is no way to miss the antiquated look and cumbersome technical performance of VeggieDate.

So concerned were we about VeggieDate’s intensely aged look, that we actually had some web developers take a look at its inner workings just to make sure that it was safe for our testers to use. Fortunately, the news was good for VeggieDate.org on that front. Even though it looks as old as Methuselah, the basic elements of modern website security are in place.

With a site such as VeggieDate.org, it should be no surprise that the registration process is going to be a little hokey. As a matter of fact, VeggieDate.org manages to put a twist on the iconic internet stereotype of your grandmother having to call you for advice when she’s filling out an online form. In the case of VeggieDate’s registration, the form used to register is so antiquated that you may have to be the one to call your grandmother to get help from her on how to fill it out.

The registration form consists of a long series of questions that require you to enter your answers via 1990s-era drop-down menus and radial button selections. Everything, from your physical attributes to your lifestyle and personality traits, must be answered this way.

You must also provide a statement ranging from ten to 350 words in length about yourself and a separate statement about what you are looking for in a partner.

Don’t you dare think about skipping any of the questions or statements found on the form. If you don’t fill out the form in its entirety, you will not be able to register. Don’t you dare pause and attempt to come back to it later either. If you have to exit the site for any reason it does not save your answers — you will have start from scratch.

When you do finish filling out the form don’t expect to be given full access immediately. You have to wait on average 36 hours to get your “ad” (that’s what VeggieDate calls its profiles) approved. One of our testers had to wait close to three days to get approval. We can only imagine that they have to transport your data back to the 90s to get approval. Either that or their Compuserve connection is running a bit slow. (You probably have to be over 40 to get that last joke.)

As you would expect, the user interface offered by VeggieDate is going to be well short of being state-of-the-art. In terms of features, it includes a search function and a text messaging platform. It also has a rudimentary favorites feature which they call “My Hot List” and a listing which allows you to see who has sent you a wink, appropriately called “Winked Me.”

The search feature looks like something from the pre-Google days when our ancient ancestors used to conduct their web searches on Alta Vista. The results that you get are presented in a scrollable list format consisting of other members’ profile images and basic profile information. They also include a date stamp for the last time that the member logged into the system.

As far as messaging goes, it is a basic internal email style platform. Free users can receive messages and respond to them. However, in order to initiate a message thread, you must be a paid member.

If you were planning on scrolling through potential matches while you were sitting at your favorite vegan restaurant — forget about it. VeggieDate does not have native mobile apps. You can only access it via your computer’s web browser.

When you search for a potential match on VeggieDate, you will notice that the number of active members is quite low. Even though you will likely get a list of potential matches that numbers in the dozens or even hundreds — as you scroll through the list and pay close attention to the time stamp indicating the last date that they logged in, you will notice a pattern emerging. The first three or four entries will have relatively recent timestamps. Immediately after those entries, however, you will notice that the date stamps take a huge leap backward in time. In some cases, we’re talking years.

This is indicative of only one thing. That people register on VeggieDate and then never bother to come back.

The gender ratio is approximately 55 percent women to 45 percent men. In terms of age demographics, the majority of registered users are between the ages of 35 and 54.

It’s a shame that VeggieDate’s price structure doesn’t reflect the 90s. Imagine the cost savings you’d have then.