The Hinge app claims that 81 percent of its members never found a long-term relationship partner in its previous incarnation. They allude that users of the new version of Hinge improve their chances of finding a suitable partner nearly three-fold. Before you reach for your calculators, that translates into a 57 percent effective match rate. When you consider the changes that Hinge implemented, and you couple that with the robust claims of improved success — we had to review this app. There was no way that we were going to stay away. Here is our Hinge dating app review. 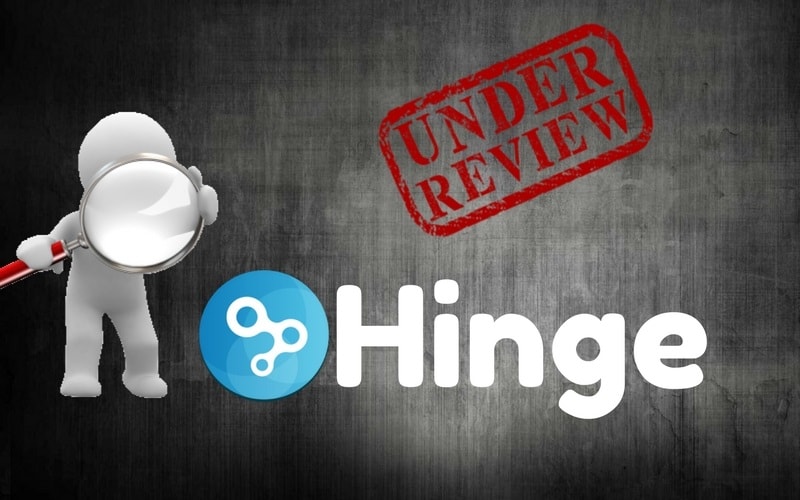 Claims of revolutionizing a service or an industry are nothing new. Being able to actually pull it off, however, is an entirely different matter. In the case of Hinge, we believe that they are on the right path. They have cultivated a user base that seeks long-term partners. At the same time, they have created a user experience that allows you to discover and appreciate the personality, soul, and motivation of a person — not just their appearance. This makes Hinge a stand-out among dating apps. If you are serious about finding a long-term partner, we would definitely recommend Hinge. We rate it as EXCELLENT.

Let’s face it, dating apps such as Tinder — and their near endless number of copycat apps — no longer seem as thrilling, nor as effective, as when they first became available. Swiping to find the perfect match has become routine. It no longer inspires curiosity nor engagement. To put it bluntly, many of our readers have expressed a concern that the online dating scene has become melancholic. While just two or three years ago, finding interesting matches via dating apps had a sense of excitement and purpose — those apps now feel as if you were just playing some boring video game to pass the time. Swipe left, swipe right — in the end, that perfect match just remains elusive.

That is precisely what the dating app known as Hinge has set about to change. Hinge itself started as a traditional “swiping” app. However, after some introspection on its own performance — and the dating app industry in general — Hinge was reborn. No longer was it going to be a visually-focused app — the type that elevated the importance of physical attraction over the more profound elements of compatibility. Hinge was going to channel attention to the important roles that conversation, mutual interests and chemistry play in making a good match.

Hinge is strictly app-based. You can download the app from the App Store for your Apple device. If you are an Android, Windows Phone, or Amazon Fire user — you are out of luck. The same holds true if you enjoy the antiquity of desktop computers. If you’re on iOS, read on.

The fact that it is not available for Android devices shocked us. All that we had read about Hinge indicated that it was available for Android. When we searched for the app on Google Play, however, we were unable to find it. A careful look at Hinge’s informational website collaborates this. While it does not mention that they exclude Android devices, the only reference ever made for downloading the app is to the Apple App Store.

We reached out to Hinge in order to ascertain if the app had recently been dropped from Google Play, or if there was a forthcoming date when it would become available. Unfortunately, we did not receive a reply.

One of the biggest changes in the new and improved Hinge is that it now exists entirely behind a paywall. There is no free version. Membership has a price tag of $7 per month. It was reasoned by the operators of Hinge that requiring members to pay a monthly subscription would allow for a user base that was more serious about using the site. In other words, it would help to remove the uninterested, the creeps and those that were simply unwilling to engage.

Honestly, we were taken slightly aback my this assertion on the part of Hinge. However, after seeing for ourselves how well-balanced, active and engaged the user base is now, we became convinced. The pay wall model definitely has its advantages.

As with any dating app, your first taste of the type of user experience that it offers comes from its registration process. With Hinge, you must use your Facebook credentials to register. This means that the app will pull in information and statistics from your Facebook account. It will even import your profile picture. Our opinion of this sort of “fraternization” between your social media and a dating app has always been mixed. Our concerns normally rest on issues of privacy. Fortunately, when it came to Hinge, we found no issues that could lead to inadvertent lapses in privacy. By default, measures to prevent “cross-contamination” between Facebook and Hinge are built in. Yes, Hinge does use your Facebook credentials for login purposes, and yes, it does use your personal information to build the framework for your profile, but it does not post for you.

Once you have registered, you will immediately notice the difference between Hinge and all of the other dating apps. First, there are no profiles served to you awaiting to be swiped. Instead, you are greeted by what Hinge calls “Stories.” These are scrollable profiles of other members. They consist of a composite of pictures and answers to questions that they have answered. You are free to like or comment on any picture or comment posted by the member.

Once you do that, the other member is notified and can then choose to start a conversation with you. While on the surface this mechanism may sound like a derivative of the double opt-in created by traditional swiping — it is, in fact, different. We found that having to take the time to scroll through a person’s profile provided us with a clearer understanding of who that person was. Unlike the traditional quick swipe method, we were able to gauge a person’s personality — it wasn’t strictly a who’s hot and who’s not affair. We genuinely felt like we were getting to know the other individual. If your interest is finding a partner for a serious long-term relationship, this kind of profound scrutiny is essential.

While this change may seem subtle, once we saw it in action we were convinced that it was truly paradigm shifting. While it would never translate well to hookup and casual dating sites, for long-term dating sites, it is ideal.