As with any new dating app, the question is, “is it any good?” We conducted a review of the Natter app recently. If you grace us with a few minutes of your time by giving it a read we can assure you that you will emerge on the other side versed in the meaning of life. Well, maybe not, but you will emerge more informed about what Natter has done and you will be in a better position to judge for yourself if it is worth your time. 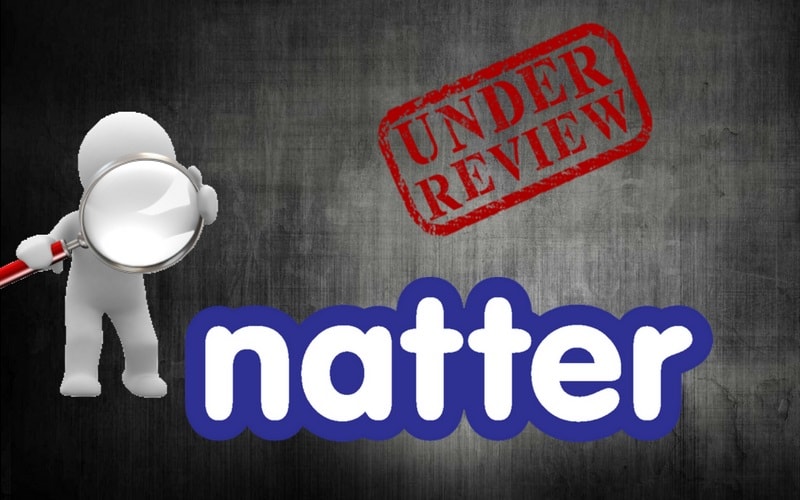 We realize that Natter is comprised of a very small development team based in the UK. We can understand why making huge changes to their platform can become overwhelming and how issues can arise. We sincerely wish them well and hope that Natter becomes teh dating app they want it to be.

However, in the here and now, we cannot see anyone having any success with Natter as a dating or people discovery app.

When measured by the standards of a dating app, we would have to rate Natter as POOR.

What happens when you take a nonchalant social network app with a moderate following and convert it into a social dating app?

Well, obviously the space-time continuum is not affected for we are all still here — at least we think we are. Anyway, Natter, the social app that some of you may remember from different incarnations in the past rebooted itself once again in 2017. This time with eyes on becoming a hybrid social-dating app.

It is as if the developers saw the “shortage” of dating apps on the market and decided, “hey, why don’t we give the world another dating app?”

Natter has been around since 2011. Ironically, it started its life on the” appiverse” as a quasi-dating/people discovery app. Back then it functioned much as Chatroulette or Omegle. You would register, indicate some of your preferences for the type of people that you would like to meet and you would then be served with random live video feeds that would last for one minute. Well, that idea didn’t quite work out.

Flash forward a couple of years and Natter became a truncated Twitter. It was a social media platform where users were expected to post updates and memes comprised of three words. Yes, three words. Apparently, that didn’t go so well either.

That brings us to the present. While Natter has retained its “mini-twitter” three-word posting style for its main feed, it also launched a premium plan that added a few more features that, according to the developers, are intended to enrich the user experience and turn Natter into an app for people to chat, meet and date.

In terms of availability, it remains a mobile-only app with versions for both Android and iOS available as free downloads from their respective repositories.

The free version of Natter allows you to have a profile page on which you can include basic information about who you are. You can also upload a profile image. The basic version also gives you access to the “newsfeed.” That’s where you can find those annoying three-word “nats.” We’re sorry, did we say “annoying?” We meant non-sensical.

Anyway, the basic version now also has a “Meet” feature. This consists of a tiled mosaic of other members’ profile images. 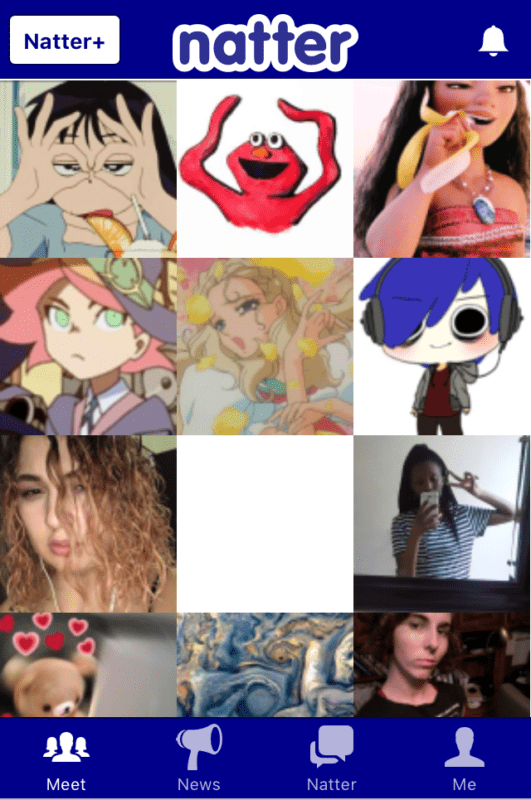 If you spot someone who strikes your fancy you can open their profile and request a private chat with them. If they agree, then you can begin to make your move.

Unfortunately, the free version of Natter does not allow you to customize in any way the list of members that appear on your “Meet” page. You will be served with members of all ages, genders, and locations. That is hardly ideal if real-world encounters are on your mind.

This is where the premium version comes into play. By upgrading to premium, not only are ads removed from your screen, but you can also sort the profiles of other members by geographic proximity to you. Yeah, we know, that’s not much of a filtering mechanism. What can we say, maybe Natter was going for the “minimalist” approach?

In the opinion of our testers, this third incarnation of Natter is a dud. Mind you, the developers have stated that further changes are forthcoming that will turn Natter into more of a people discovery and dating app, but they have yet to provide any specifics or roadmap. The way it stands now in mid-2018, you cannot have any reasonable expectation of actually meeting someone for a date or a hookup on this app.

Over a three-day period, our three testers managed to engage a total of 16 different people in private conversations. However, none were enthused about meeting in person. The lack of a proper search engine with accompanying filtering renders the whole “Meet” feature practically useless. Nobody is going to enjoy chatting with people with whom they don’t have anything in common aside from living nearby.

Also, when our testers undertook their evaluation, Natter had already undergone its transformation over six months prior. Incredibly, their rollout appears to have been so lackluster that some of their existing members were uninformed as to what all the changes were about. Our testers literally had to inform 12 of the 16 people with whom they engaged in private chats as to the changes that Natter is making. That’s not very inspiring when you pay for something and three-quarters of the people who you meet are not there for the same purpose you are. Whatsmore, the Natter members that described themselves as “long-time” members were more angered and annoyed by Natter trying to become a dating app than welcoming.

Well, at least the cost structure for Natter Premium is easy to remember. There is only one tier, that is $4.99 for one month. 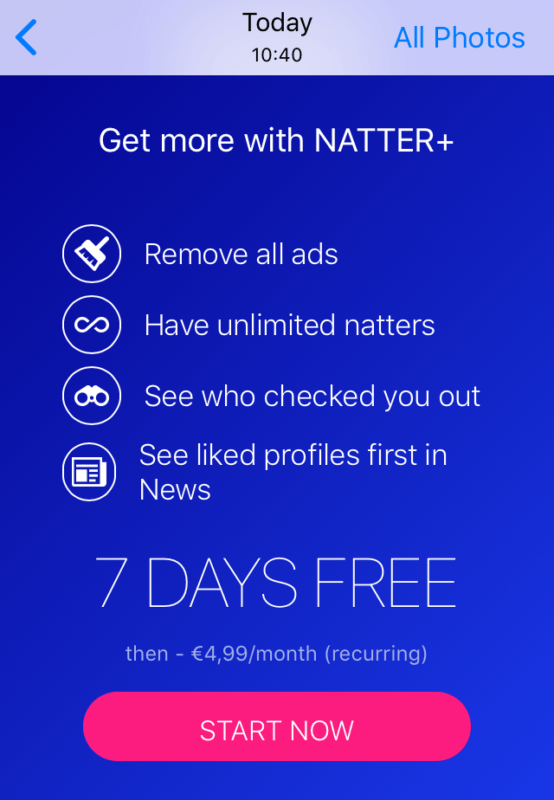 When was the last time you saw a dating app with only one payment option?