If you are a picky dater, you are not alone. There are many people just like you. So many, in fact, that there is even an app for picky daters. It is appropriately called Picke.

In the words of the marketers of the app, “don’t waste time swiping through people you don’t like. Be picky!” While that definitely is a catchy slogan, how effective is Picke? Can it do a better job of helping you find a partner than more traditional dating apps?

If you are indeed a picky individual, that line of questioning should be expected. Which is precisely why we conducted a thorough review of Picke. Our purpose was to probe Picke for weaknesses and determine if it merits the time and attention of a distinguished and picky dater such as yourself. 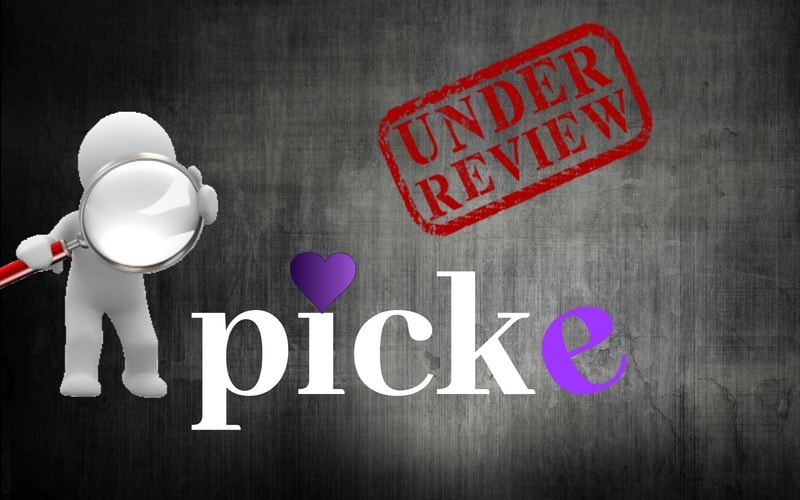 If we were reviewing a traditional dating app we would summarize Picke by saying that it falls in line with the competition and should provide decent results with frequent use. However, Picke is not marketed as a traditional dating app. It is highlighted as being the dating app for picky people. To be entirely honest, we did not find any feature on Picke that helped it fulfill that purpose. All of its features are generic. It passes the onus of being picky and discerning to the members themselves by requiring them to analyze the data on other members' profiles visually. Hell, you can do that on any dating app — what then makes Picke so special? The answer is nothing.

Picke can be fun, there are interesting people to be found there, but it is nothing unique. If your intent is to be picky about your potential matches, Picke will not deliver. If you just want to meet people, Picke will oblige. As a general dating app we would rate Picke as GOOD.

When we rate it based on its announced intent, however, our rating drops to POOR.

Just how picky are you about the people you date? Be honest now — on a scale of one to ten — one being, “I’ll date anyone who can metabolize oxygen,” and ten being, “if they are not related to one of the crowned heads of Europe, nuh-uh” — where do you fit in?

There is no shame in being picky about who you date. Human behavioralists and relationship experts state that such behavior is not a sign of egotism, rather it is a sincere and worthwhile appreciation of yourself. You see, being picky is not a bad thing when you are merely being selective for the purpose of securing a worthwhile relationship. We bet now we’ll get a few of you to admit that you are a ten on the picky dater scale.

In terms of usability, Picke is a mobile-only app. It can be used on Android and iOS devices. You can find it in the App Store and Google Play.

The actual download and installation are routine. Our testers did not encounter any technical issues throughout the testing and evaluation process aside from one. On the Android version of the app, two of our testers experienced repeated instances when outgoing messages would not be processed. The only way to resolve the issue was by closing the app and reopening again. While not a major malfunction by any means, it is still an inconvenience nonetheless. The testers that were using the iOS version of the app did not experience similar issues.

If you are indeed picky, the last thing that you would want to deal with would be a dating app that has an ugly or cumbersome user interface. Fortunately for you, Picke is aesthetically pleasing and is fairly intuitive to use. In all honesty, its style and navigation are highly derivative of other dating apps. This means that the majority of people will be able to hit the floor running with Picke.

Just how does Picke perform its picky magic? Well, if you were expecting to find some sort of proprietary algorithm that analyzes your profile and compares it to other members to unite those who math and science preordain to be a perfect match — you would be mistaken and disappointed. You see, the “picky” aspect of the Picke selection process is meant to be provided by the users themselves. That’s right, on Picke it is “BYOP” — bring your own pickiness.

It works like this. When you register on Picke you are supposed to complete a detailed profile about yourself. This includes your physical attributes, lifestyle, views on religion, personality, etc. On your profile page, other members will see your preferred profile image along with an executive summary of yourself. This includes your age, body type, ethnicity and distance from the other person. That brief summary in conjunction with your image is intended to allow other Picke members to discern whether or not you are dating material. In our opinion, that seems pretty weak.

The second layer of pickiness, if you will, comes in the form of a customizable search feature. 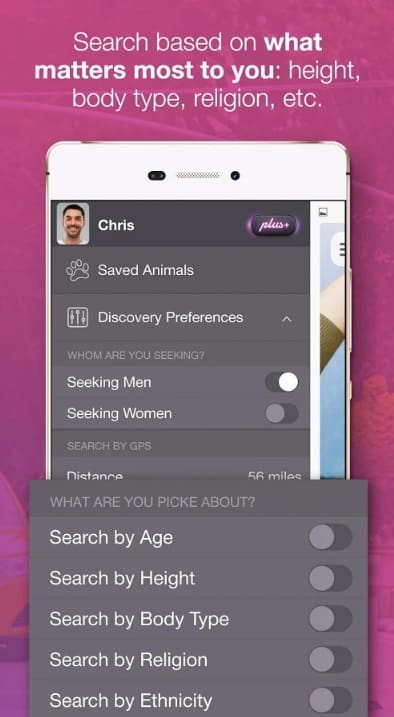 Essentially, this allows you to conduct a search for potential matches by filtering for specific attributes. This results in a decently vetted list of suggested matches, but it is definitely nothing original nor unique to Picke. The majority of modern dating apps have this sort of functionality.

The communication features found on Picke consist of a messaging platform, instant chat, and community-wide chatrooms. They are very utilitarian and perform their function well, but again are nothing original.

In order to engage in a private chat with another member, the both of you must have mutually liked each other. Those members who pay for a premium membership have the added luxury of requesting a conversation with any member even if a mutual like has not taken place.

Picke also offers a feature that displays the hotspots and happy hours nearest you. In all honesty, this feature seems out of place and adds little to enhance the user experience. It’s nice and can even be called handy, but we don’t see how it helps you to make more discerning choices in who you date.

Another feature that adds to the eclectic hodgepodge of Picke features is related to animals. 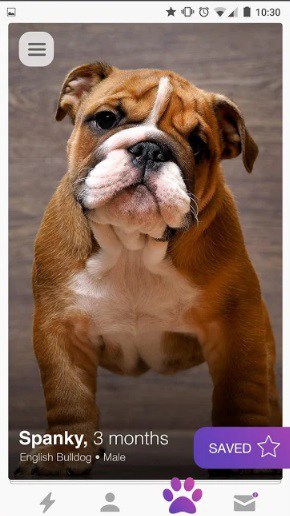 This feature allows you to swipe through shelter animals that are currently available for adoption at animal shelters near you. The intent of the feature is to bring awareness to the plight of shelter animals and to hopefully bring about their adoption. While very noble in purpose, we do not see how this helps you find a mate to satisfy your picky tastes.

Picke is free to use inclusive of its communication features. The premium version of Picke has a cost of $8.33 per month. By upgrading, users have all banner advertising removed from the interface, are allowed to see who liked their profile, and are able to send a message to other members directly bypassing the mutual match prerequisite imposed on free members.