“Netflix and chill,” is this decade’s term for “getting your freak on” at home. TikiTalk is a hookup app dedicated to helping you specifically with that task. Why waste time and cash going out for dinner and drinks first, when you can find someone just as eager as you to get straight to the “N and C.” We reviewed TikiTalk to see how good it really is. 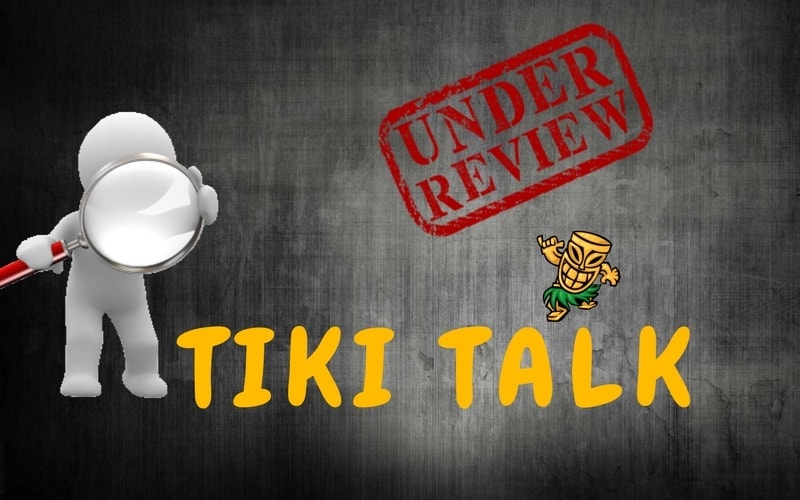 TikiTalk, in theory, sounds like an excellent idea. Using mutual interests to start a conversation that could lead to a real world hookup is fantastic. Unfortunately, the current user base doesn't seem too enthused about the concept in practice. The most prolific members use it more like a social media app focusing on their individual boards. The "events" section is just left to idle away as an oddity. Therefore, if you join TikiTalk to find others to hook up, you will be disappointed. The practical results simply aren't there.

The fact that TikiTalk has been left to its own devices since shortly after it was launched by its developers does not help. The way we see it, if its creators don't express interest in it, why should we?

For hooking up purposes, we rate TikiTalk as POOR.

The first time I heard the expression “Netflix and Chill” my naivete caught the best of me. I thought it referred to spending a night alone, honing your anti-social skills, binge watching multiple seasons of “Arrow” and “Family Guy” as you ate your way through multiple bags of tacos. Before long, however, I realized that “Netflix and Chill” was held in an entirely different connotation by the majority of modern society.

Following the revelation of its true meaning, I began to wonder to myself, how would you suggest the idea of “Netflix and chill” to a date. Okay, if you’ve been going out for a while and you’ve already entered your stride as a couple, I can see it. However, for someone you’ve just met — what’s the technique? I suppose the extroverted and the enormously self-confident don’t have this sort of struggle — but, hey, the world needs us insecure introverts as well.

Before I immersed myself in a weeks-long research project to find the answer to my own question I came across a hookup app known as TikiTalk. It’s not new — it’s been around since 2015. Within its digital confines lurked the answer to my question.

TikiTalk is a location and activity-based ice breaking app. In other words, it brings two people together based on their proximity and a particular activity that both have in common. Among the categories listed on the app for potential mutual interests is included — yes, you guessed it, “Netflix and Chill.”

Intrigued by this concept, my dedicated posse of colleagues agreed to review this app to determine how worthy it is of your time. These were the results. (By the way, my apologies for the use of the 1980s colloquialism, “posse.”)

TikiTalk is available exclusively as a mobile app. It can be downloaded from iTunes for the iPhone and from Google Play for Android devices.

If you base your first impression of hookup apps on the ratings received from others who have installed it, TikiTalk starts off on a bad foot. In iTunes it has an overall rating of 1.5 stars, on Google Play it has 2.1.

It doesn’t help to reassure potential users when both repositories indicate that the app’s developers have not updated it since November of 2015.

Downloading and installing TikiTalk is a breeze. Registering for an account, however, is not so drama-free. The iPhone app did not create registration problems. However, the Android app was far more buggy. Two of our testers went through the complete registration process three times before the app finally accepted their information. (TikiTalk, if you’re listening — not cool, guys!)

The app is free to use, there is no premium version or attempts to upsell you after you register. The app is monetized via ads, so they are present throughout your user session. Compared to other free hookup apps that we have tested, the TikiTalk ads are not that obtrusive.

TikiTalk has a clean and intuitive user interface. Users are presented with different activity options to choose from. The app formally refers to this classification of activities as “events.” These cover the field from the genteel, such as “let’s go for froyo” or “grab a beer,” to our much beloved “Netflix and chill.” During our testing, we found a peak number of 68 active events and a low of 32 active events. These fluctuated depending on the time of day. Weekend nights had the highest number of active events. You can also create your own event. Doing so, however, does not guarantee others will join in.

When you come across an event that you find interesting you can open it to see the members that are active within it. You will be shown their profile picture and how close they are to your current location at that moment. If you find someone you’d like to hook up with you can send them an invite for a conversation. They will be notified and if they agree, a private conversation window will open. From there, it’s up to you.

Our testers found that the majority of the users listed within each event were unenthusiastic about pursuing a conversation. First, less than ten percent of invites were answered. Second, those that did respond expressed that they were just “testing out” the app out of curiosity. There was little interest in actually hooking up.

TikiTalk also has a “Boards” feature. This allows you to post updates about yourself. These can be text or image-based. Members that follow your profile on TikiTalk are made privy to your updates.