Perhaps you have already heard about a social dating service known as TopFace. Maybe you recently received an email asking you to join. Maybe you saw an ad for it on your Facebook feed. Regardless of how you came across it, due to its claims of having over 92 million users, chances are that you are curious about what TopFace is all about. More specifically, about what TopFace can do for your social life.

The underlying questions about TopFace are, do they really have 92 million users? Will you be able to find a compatible partner in a matter of hours, as they claim?

To answer those questions we had our testers join the site and uncover the truth behind TopFace. The answers should give you a better idea of how it operates. Before you join, make sure to read our full Topface app review. 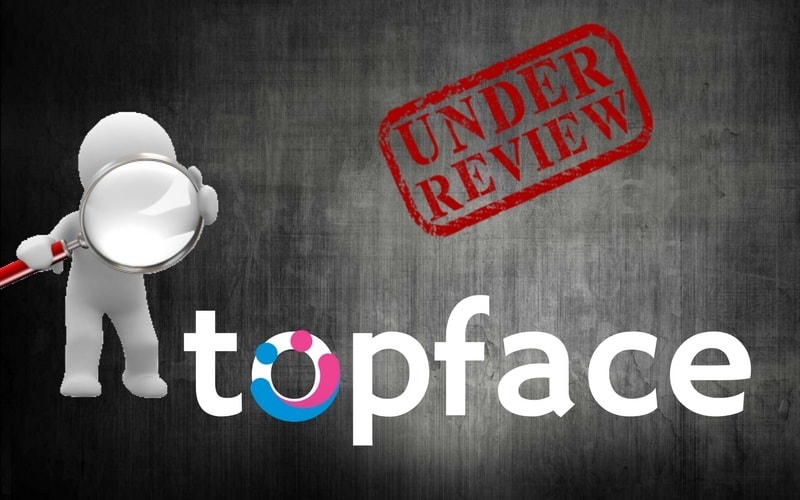 In our final assessment, we found TopFace to be undesirable. It does not offer any feature that can be called unique. On top of that, it inconveniences your Facebook friends with advertisements. Also, it is not a local-friendly dating app. Most of the results that you will be served, even after paying for a VIP membership, will be from individuals in Russia and other parts of the world.

Even though there is nothing outright shady about TopFace, it simply does not offer the results that one would expect from a dating or hookup site.

We would rate TopFace as POOR. 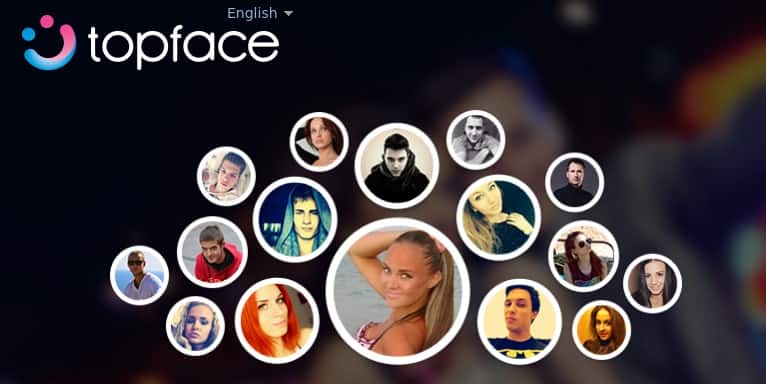 Before we get into the operational performance of TopFace, it is important to provide you with a little background. TopFace is based in Russia. When you dig into the “About Us” section on their website they proudly boast that “over 50 percent of TopFace users are not from Russia.” We found that statement to be somewhat unusual. It is rare for a company to boast about being more popular outside of its country of origin while simultaneously praising the fact that they are a Russian company. This sets the stage for the entirety of TopFace.

TopFace claims to have over 92 million registered users. It also claims to receive 25 million Facebook likes daily and that over 1.6 million people visit the platform on a daily basis. When we cross-checked these figures via third-party traffic resources, we came up with slightly different figures. The number of unique daily visitors appears to be just under the one million mark. Also, the number of daily Facebook likes number in the tens of thousands, not in the millions.

TopFace can be accessed via your desktop browser as well as Android and iOS devices via native mobile apps. For people using older equipment or devices that are neither Apple nor Android-based, there is a mobile website that allows you to access TopFace from your mobile browser.

In terms of performance, our testers found both the desktop browser version and the two native mobile apps to function quite well. There were never any issues with speed or navigation. The mobile browser version, however, was clunky. Then again, not very many people would ever have any need to make use of this particular version.

We should note that we did come across what an apparent discrepancy in the reviews left on Google Play and the App Store. On those repositories, the TopFace app was given an overall rating of 3.9 and four stars, respectively. That should be indicative of an app that has a decent reception from its users. However, if you dig deep into the individual snippets of the most recent reviews on both repositories, you will find the comments to be harsh and extremely critical. Most of the latest snippets offer one and two-star ratings. As we dug chronologically deeper into the review timeline, similar negative reviews kept appearing. This left us with the impression that at some point in the past there must have been some sort of attempt at purchasing good reviews in bulk in order to bolster the overall ratings on the repositories.

TopFace is one of those platforms that validates the authenticity of new users by having them link one of their social media accounts to TopFace. The only thing that we found different compared to other sites that follow a similar process is the fact that you are given the option of four social networks to link from. For most people in the United States and Canada, they will only recognize one — Facebook. The other three options are Russian-based entities. They are Mail. ru, Ok.ru and VK.

TopFace Imports the basic information from your social media profile and uses that to construct your profile on TopFace. You can edit it later or leave it in its auto-generated state.

Most other sites take special care to only import your personal data to populate your profile, nothing else. With TopFace, we had heard several complaints that when people registered, their Facebook friends started receiving advertisements for TopFace on their news feeds. Also, some people reported that their friends started receiving email spam advertisements promoting TopFace. During our tests we found these complaints to be with some foundation. In other words, you should expect some of your friends to be inconvenienced with invitations to join TopFace even though you are never identified as being the origin of this nuisance. You can also sign up using your email address. 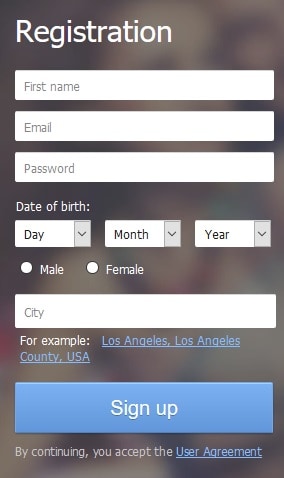 When you finally register and start using the TopFace platform you will most likely be unimpressed. To be perfectly honest, we found nothing innovative nor unique with the TopFace platform. It has an appearance that is generic and is held in common with all social media style dating apps. The user interface is simple and easy to use, but it does not offer anything that we would classify as worthwhile.

When you are presented with a list of potential matches a great number of them will be of people from Russia. Even if you modify your search parameters to exclusively search for people who live nearby, you will still receive many suggestions from people residing in Russia and other parts of the world.

One complaint that we heard consistently about TopFace was that it uses fake profiles to encourage new users to upgrade to a VIP membership. Allow us to state that during our testing we did not find any active evidence that TopFace uses fake profiles for that purpose. However, fake profiles do abound on the site. By our estimation close to half of the profiles on TopFace likely belong to inactive members and fake personas. That being said, the site does not flood you with messages originating from fake profiles.

What we did discover was that the majority of the profiles on the platform were classified by TopFace as “popular.” When that happens, a pop-up window appears when you click on that person’s profile. It informs you that this person is “popular” and that in order to have your message read you must have a VIP membership.

We found that sort of practice to be annoying, but not as annoying as other sites that actively pursue new users in an attempt to get them to upgrade.

By virtue of the use of the “popular” moniker on the majority of the site’s user profiles, a VIP membership is required in order to have consistency in the flow of the user experience. If you rely solely on the free version, any attempt at engaging with other users will be truncated nearly three-quarters of the time.

The cost of VIP membership runs $5.00 for one week or $2.33 per week for one month. You can also opt to pay $1.87 per week if you sign up for 90 days in advance. In our opinion, TopFace does not merit this sort of expenditure.