A dating app that started operation in 2017 attempts to reconcile the importance of both looks and personality when it comes to finding a partner. It is called TryDate

If you are curious about this new style of searching for compatible people being pioneered by TryDate, we suggest that you read our review of the app. We had our testers take TryDate for a spin and report on what the user experience was like. More importantly, how effective it is and what you can expect to gain from it. 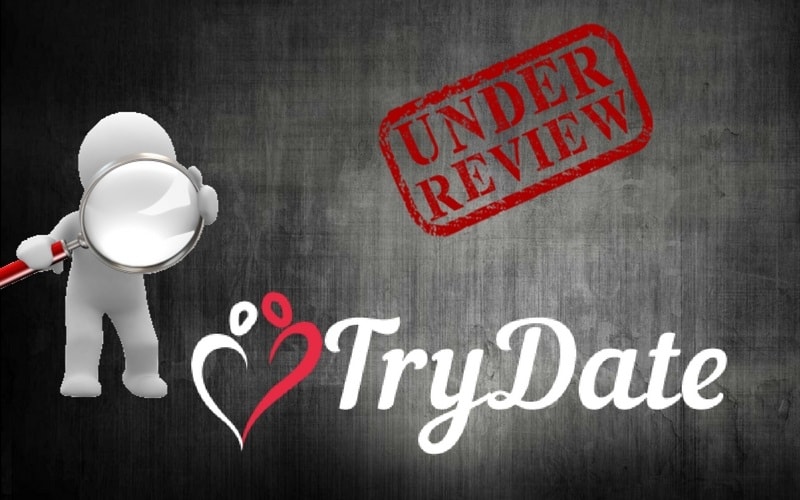 In terms of concept and technical performance, TryDate is an interesting dating app with a lot of potential. Its only shortcoming is the fact that its membership base is concentrated only in specific areas of the country. This can create a usability issue for many of its potential new users.

For this reason, even though we would like to rate TryDate as very good, we can only give it an AVERAGE rating for now. 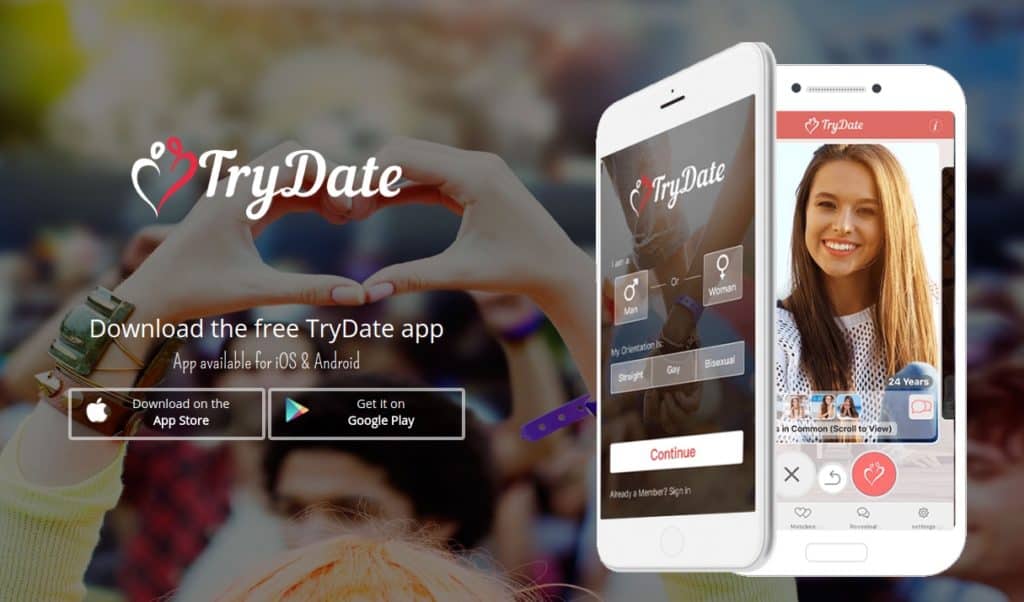 When you are serious about finding a romantic partner, how important are looks to you? We are not trying to be facetious, we realize that physical attraction is a key component in finding a partner, but does it trump other values such as a compatible personality?

Sometimes it seems like all dating apps are one in the same. As the number of dating and hookup apps increase so too does the level of originality that makes them interesting and useful to us decrease. Fortunately, TryDate has been able to take the established mechanic of swipe-based discovery apps and added an intriguing new spin to it.

In terms of usability and navigation, TryDate uses a common and well-known user interface style and design. The majority of users will find it extremely familiar and intuitive to use. This level of functional familiarity, however, should not be confused with “the same old same old” in terms of results.

While we are all familiar with apps that present you with a series of suggested matches for you to either swipe right or swipe left in order to establish a potential connection, TryDate takes this established method and uses it to encourage engagement. TryDate forces the users of the app to value lifestyle and personality compatibility ahead of looks.

The way it does this is by pixelating the images that are presented to you before you swipe either way. All that you are able to gather about a potential match initially are personality and lifestyle characteristics about the person. Those attributes that you share in common will be highlighted with the presence of the TryDate logo immediately to the right.

TryDate retains the established prerequisite found on other dating apps for striking up a conversation with another user. A mutual like must take place beforehand.

However, instead of judging the potential match by their looks, you will have to base your decision to swipe left or right simply on the personality attributes displayed on the person’s profile.

When a mutual like occurs and the chat functionality is enabled, the more you chat with the other person the sooner that the member’s profile picture will become less pixelated.

Based on the experience reported to us by our testers, this process can take as little as five minutes but on average it takes 12 minutes. Our testers further reported that they found the first two minutes of online conversation to be a key determining factor. Within that time frame, it is easy to establish if there is a connection worth pursuing.

By the time that your mutual profile images are revealed, you will have a good sense of what that person is like. You will have a clear notion of their sense of humor, their personality, how they like to spend their time, etc. When you finally get a look at their picture, you will then be able to make a more informed decision about whether or not a real-world meeting is in order.

As we saw it, this is an excellent way to avoid that lamentable situation of “the one that got away.” It eliminates a moment of superficial impulsiveness to guide you to swipe left on a person that otherwise might have been a potential soulmate.

TryDate is available exclusively as a mobile app. It can be used on iOS and Android devices. The app does have an informational website found at TryDate.com. This, however, is dedicated entirely to promoting the app and offering supplemental dating advice in the form of a blog. You cannot access or interact with your TryDate account on a web browser.

Once you download and install the app, in order to start using it, you must register for an account. New users must link their Facebook account in order to get the process started. TryDate uses some of your basic information from Facebook to pre-populate your profile. No other information is drawn in and the app never posts on your Facebook timeline.

We wish that everything that we had to say about TryDate was rosy. However, there were a few issues that concerned us. The best that we could surmise, the app currently has close to 200,000 registered users. Of those users, roughly 75,000 would meet the qualifications for being considered an active user. This means that as promising as the platform is, depending on where you reside geographically, your number of potential matches will vary significantly.

During our testing, we found that areas in Florida — especially Southern Florida — had the highest number of members. Likewise, parts of Texas and parts of New York also had a large number of members. Other parts of the country had much fewer members. We chalk this off to the fact that TryDate is relatively a new app. It is barely finishing its first year of operation. Time should remedy this situation.